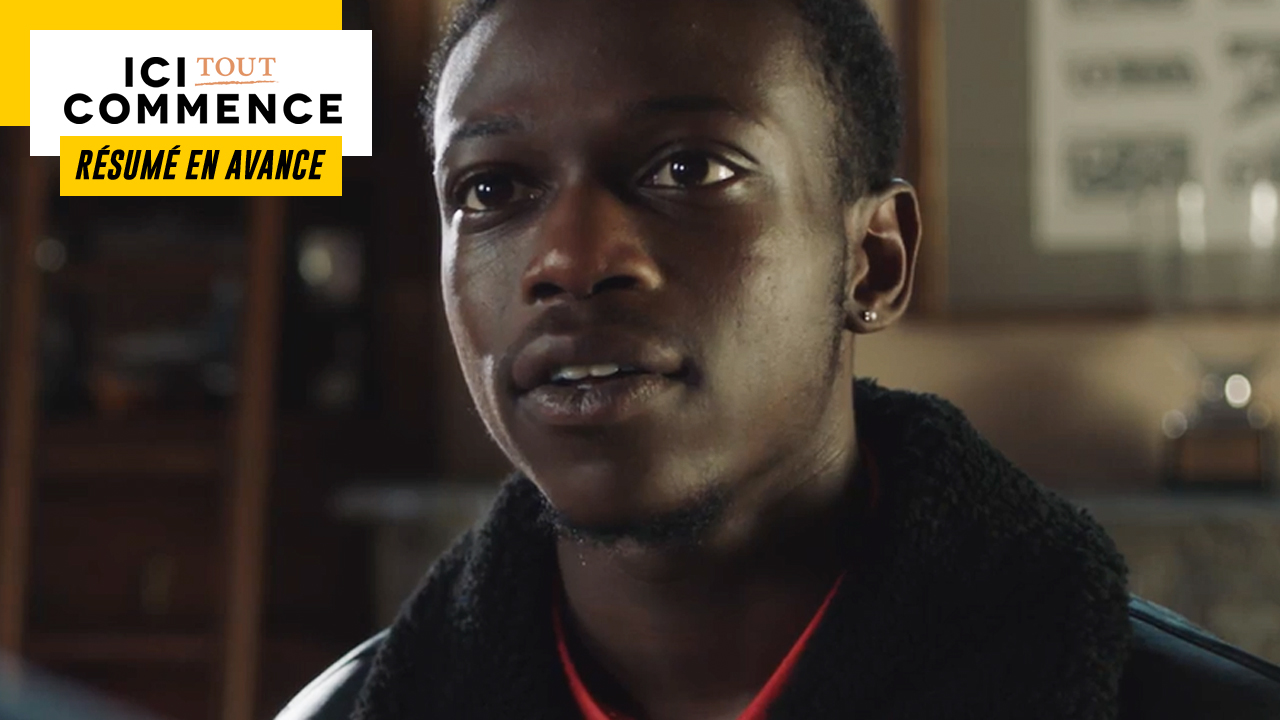 In the next episode of “Here everything begins”. While Teyssier makes an offer to Enzo, Gaëtan and Noémie are back. At the same time, Guillaume made his choice.

Tuesday January 4 in Here everything begins …

TEYSSIER MAKES A PROPOSAL TO ENZO

Certain to have indisputable proof, Teyssier summons Clotilde, Claire and Louis to announce that the son Armand has stolen Augustus’ recipe. Looking carefully at the recipe book, Clotilde notices that it is not her father’s handwriting but her brother’s. When Louis asks how his notebook got into the hands of the director, Claire indicates that Maxime came to their house the day before.

Understanding that her partner was in cahoots with Teyssier and Maxime, Claire returns home and accuses Olivia of having wanted to trap her son. The chef Listrac tries well to defend herself but Claire affirms that Louis did not steal the receipts of Augustus. While Olivia points out to him that the young man is ready to do anything to succeed and that he could very well have copied the recipes, Claire, who refuses to listen to more, puts an end to their story. Then to summon her to get her things back because she no longer wants to see her at home.

Meanwhile, Louis confides in Enzo that he put the original notebook in a safe place after copying the recipes into a blank notebook. He is delighted that no one can ever prove that the recipes do not belong to him but also to be able to oust Maxime from the competition.

Later, Louis begs Teyssier to remove Maxime from the competition after what he has done. As Claire supports her son in his approach, the director makes them understand that if he has to exclude Delcourt’s son from the competition, he will have to do the same with Olivia for having helped him obtain the notebook. Teyssier therefore questions his colleague to find out if she is ready to go that far and gives her until the evening to make her decision.

Certain that Enzo knows the truth, Maxime asks Anaïs if she can do something to see what he knows. Unfortunately, the young woman can not help them because she does not stop taking the lead with him. The Delcourt son does not understand what is happening to his friend and Anaïs simply thinks he is afraid of not being up to the task. According to her, he fears he will never be hired after his studies because no one compliments him on his cooking.

Not far from there, Olivia joins Claire in the kitchen to find out if she really wants to put an end to their story. But her choice is final because she no longer trusts him. Soon after, Louis barges in to find out about his mother’s decision regarding Olivia’s future at the institute. Believing that his ex-partner does not deserve to be fired, the Guinot boss replies that he will have to compete against Maxime. When Olivia thanks her, Claire retorts that this is the last time she comes to her defense.

While Maxime is happy to hear that he is still participating in the contest, he also wants everyone to know that Louis cheated. And to do this, he intends to make Enzo speak. Knowing that the latter has totally lost confidence in him, he asks Teyssier to make him a proposal. Immediately, Emmanuel summons him and offers to get him a second place in a star in New York on the condition that he balances Louis.

GAËTAN AND NOÉMIE ARE BACK

After a month’s vacation in Italy, Noémie and Gaëtan are back in the salt marshes. Feeling the need to take a break, Stella takes advantage of her sister’s return to take her day off and play sports. Rivière’s son then offers to join her for a jog, which she accepts.

Later, Noémie takes a moment alone with her sister to tell her that Gaëtan was distant during their stay in Italy and that she has the impression that he no longer wants to be with her. Despite everything, Stella assures us that it will work out.

In the afternoon, Gaëtan tells Stella that he missed her. When he offers her a necklace with her astrological sign, Stella refuses it, specifying that she has now moved on. Since she doesn’t want to continue pretending with her sister anymore and wants to be able to look at herself in the mirror again, she puts an end to their story definitely.

At the end of the day, Noémie and Gaëtan unpack their suitcase. After Noémie discovered the necklace, Rivière’s son made her believe that it was a gift for Ludivine. Suspicious, Noémie tells her that her sister is not a bull. While he claims he didn’t realize it was an astrological sign, Chef Matret also finds it strange that he didn’t buy anything for Louane.

GUILLAUME HAS MADE HIS CHOICE

Not knowing who to choose between Laetitia and Clotilde, Guillaume is faced with a terrible dilemma. While Antoine encourages him to make a decision quickly, Guillaume, who is very much in love with the two women, does not succeed. Antoine therefore advises him to decide quickly because he is making them both suffer.

For her part, Laetitia gives Clotilde her new schedule, which does not wait very long to tell her about her torrid antics with her husband. While the assistant is certain that her colleague is saying this only to hurt her, the chef Armand says no, then adds that her husband will soon end up realizing that she was just a mistake.

Back in her office, Laetitia confronts Guillaume who would like to be able to reassure her. However, the truth is that he is completely lost in this story. The only thing he is certain of is that he is more and more in love with her. Unfortunately, their discussion is interrupted by Clotilde. No longer supporting the situation, she gives Guillaume an ultimatum and urges him to choose. Only, the assistant principal prefers to choose none and to break rather than to decide.