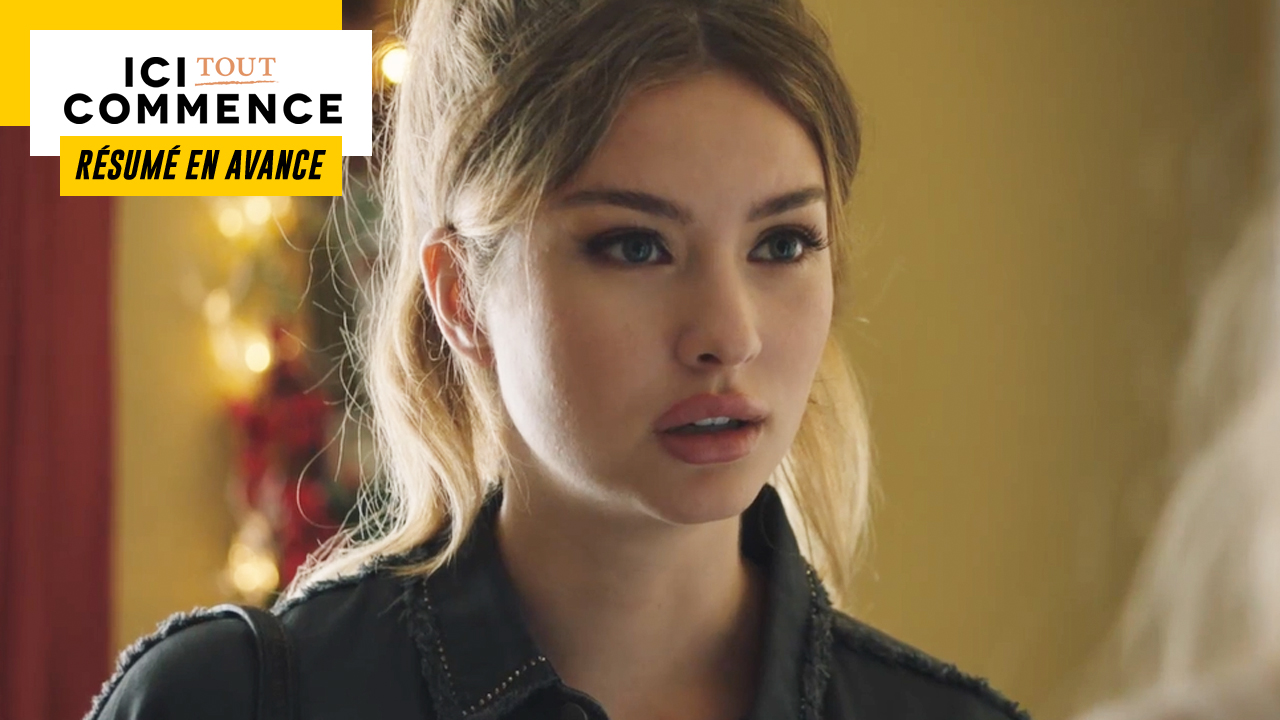 In the next episode of “Here everything begins” … While Charlene steals Laetitia, yet another argument breaks out between Maxime and Salomé. At the same time, Constance worries about Zacharie.

Thursday, November 25 in Here everything begins …

At breakfast, Theo tries to understand why his sister is frowning more than usual. If Constance thinks her interview went badly, Emmanuel is convinced that it is about something else. Faced with her son’s questioning, the nurse tells her that Charlene has a bruise on her face but that it is an accident. However, Theo seems to doubt it.

Meanwhile, Lauren thanks the students for participating in the interviews she conducted. The post of butler requiring great self-control, unfailing rigor and an ability to face destabilizing situations, the headhunter therefore decided to retain Anaïs’s candidacy. According to Lauren, the young woman was the only one to keep her cool in front of her questions and no prestigious establishment will choose an emotionally fragile candidate.

Louis later joins Charlene in the park and says he’s sorry she wasn’t selected for the job. As he questions her to find out why the headhunter chose Anaïs, Charlène indicates having cracked after Lauren made numerous remarks about her physique. She now fears that her style does not suit the recruiters of large palaces. Even though Louis points out that this was her very first interview, Charlene believes that it might be better for her to continue her career at the institute.

For his part, Theo knows that Marta lied to cover up her sister and she ends up explaining to him that Charlene did something stupid before ensuring that it is over. Then specify that she is handling the situation before asking her to trust her.

Without waiting, Marta finds Laetitia and accuses her of having given Charlene a new injection. The babysitter replies that she did not agree but that Charlene insisted so much that she gave in. Subsequently, Marta reveals that Charlene is fragile and that it is not the botox injections that will help her. Even if she recognizes that she should have said no, Laetitia specifies that she is in financial difficulty and that she could not refuse such a sum. Understanding, Marta nevertheless considers that there are other ways to make money and she therefore tries to convince her to stop her illegal activity by specifying that she is risking a lot.

Shortly after, their discussion is interrupted by the arrival of Kelly. Having heard the end of their conversation, the student asks her mother for an explanation. Back to the wall, Laetitia confesses the whole truth to him. Kelly, who is furious, resents her mother terribly for lying to her and for bringing other people into her stories. The teenager then begs her mother to immediately stop her nonsense before it’s too late.

Later, Charlene arrives at Laetitia’s and implores her to give her another injection of botox. Only, she teaches him that she will not do it any more to keep the promise she made to her daughter. When Laetitia has her back turned, Emmanuel’s daughter takes the opportunity to retrieve the double of the keys to the dressing room and then enters her home a few hours later to steal her equipment.

AN ENTH DISPUTE BROKEN BETWEEN MAXIME AND SALOMÉ

Salomé is terribly angry with Maxime for being late for their first date since they got back together. Although the Delcourt son is once again confused in apologies, the young woman is convinced that it is a failed act and that their couple is no longer a priority for him. Annoyed, Maxime says that they have enough problems not to add more.

Later, Salomé crosses paths with Tom in the park of the institute. Noticing her small face, he tries to cheer her up with an unstoppable technique: ASMR. The young woman then lends herself to the game and finds herself smiling again. However, their session is soon interrupted by Maxime who reminds his girlfriend that they have a meeting with Teyssier.

Back in the kitchen, relations are strained between Maxime and Salomé. Indeed, the Delcourt son did not appreciate seeing her laughing with Tom. As a new argument breaks out, chef Teyssier arrives to taste their dish. Unfortunately, their preparation is not at all to his liking and he demands that they take charge of themselves to bring out a dish worthy of the institute.

Chef Landiras is close to the goal. Indeed, he had the idea of ​​incorporating truffles in his next dessert for the double A. Happy to hear, Emmanuel seeks to know if this renewed creativity would not have something to do with the return. by Gabrielle. With a smile on his face, Zacharie confides that he is perhaps on the verge of getting back together with her. For her part, Constance worries that this story will end up destroying him and begs her husband to speak to Gabrielle to cancel their agreement. But he refuses.

The nurse therefore takes advantage of Gabrielle’s visit to the infirmary to tell her that she considers it cruel to make Zacharie believe that she still loves him. The sommelier admits that it is not so easy to keep the right distance. Having been very close to him for years, she recognizes that a part of her is still attached to him. However, Gabrielle does not want to get back with him. For Constance, she must stop her game before hurting him.

Subsequently, Gabrielle joins Zacharie who was inspired by a goddess of love and war to create her new dessert. After thanking her for her help, he asks her about her feelings for him. Claiming to be too tired to talk about this, the young woman congratulates him on his dessert before leaving.