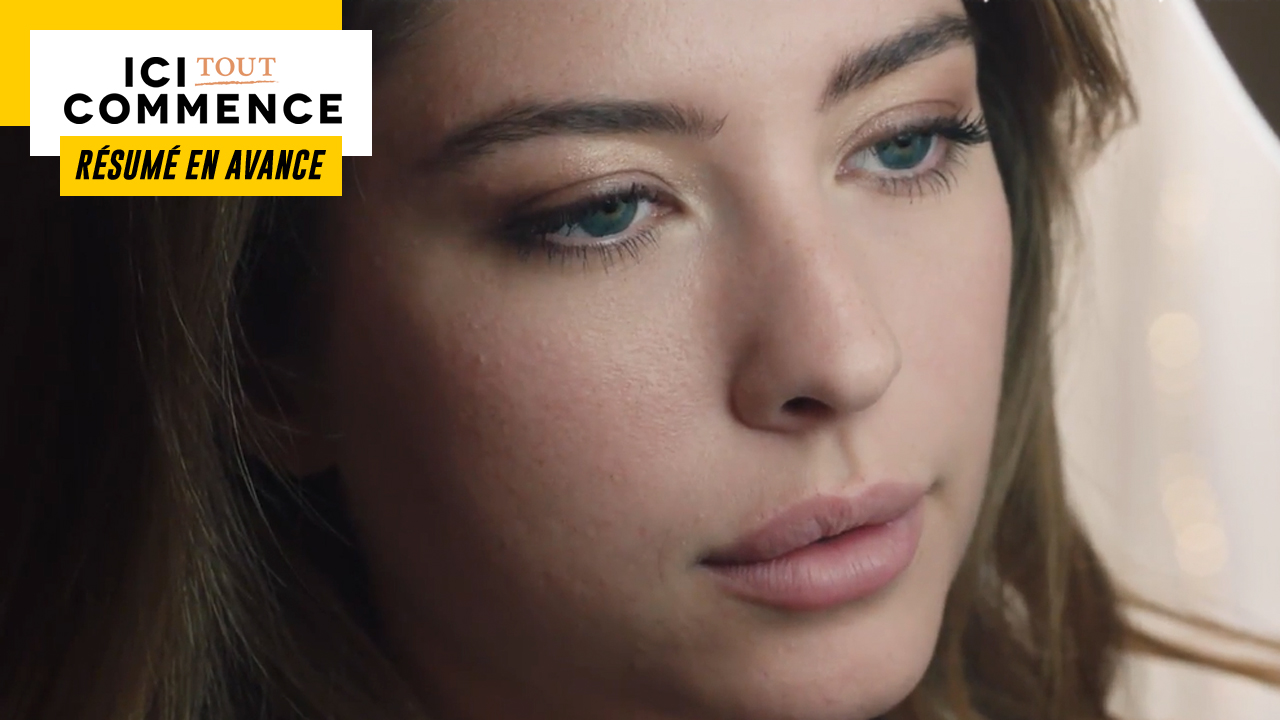 In the next episode of “Here everything begins” … While Charlene is determined to get rid of her complexes, Greg and Eliott take charge of Naël’s education. Gabrielle becomes the sommelier of Double A.

Monday, November 22 in Here everything begins …

CHARLÈNE IS DETERMINED TO GET RID OF HER COMPLEXES

Charlene spent the weekend feeling depressed about the negative comments she received on her Instagram account about her physique. Louis has tried to reassure her by all means for three days, nothing helps. As she is terribly angry with herself for posting her photos, the Guinot son encourages her to stop worrying and move on. Theo, who overheard their conversation, agrees with Louis. Knowing full well that his sister is complexed by his gaze, he affirms that her eyes have nothing and reminds her that Internet users have simply pointed out that she was wearing too much makeup. And to specify that if she looked at herself a little less, she would be much better.

For their part, Tom, Marta and Kelly have a discussion on the messages posted on their comrade. Although he does not endorse the behavior of Internet users, the influencer nevertheless thinks that we must accept the flip side. According to him, you can’t have notoriety without the trolls that go with it.

Later, Charlene confides in Marta that she plans to do botox injections to enlarge her gaze. Even if we repeat to her that she is beautiful, the Teyssier girl does not care. Hating his look for years, the young woman feels the need to get rid of this complex which eats up her life. Marta then encourages him to be careful and to talk to the doctor about it before going headlong.

Without waiting, Charlene finds Laetitia and offers her 20% in addition to her usual rate so that she gives him an injection. Insofar as she fears having problems, Laetitia considers stopping her illegal activity and refuses her proposal, stating that it is far too risky.

Subsequently, Laetitia meets Antoine who tells her that she has not yet made the first payment of her daughter’s school fees. Guillaume then intervenes by making believe that she has already deposited the check but that he has not yet had time to cash it. After thanking him, the mother confides in Guillaume that she still has money worries. When he offers to advance him the necessary sum, Laetitia replies that it is not worth the trouble and then promises to give him the check the next day without fail.

With her back to the wall, she therefore finds herself obliged to accept Charlene’s proposal. Happy, the young woman immediately finds a smile. Accompanied by Marta, Charlene goes to her meeting shortly after. Insofar as she has never worked around the eyes, Laetitia advises her instead to plump her lips so that eyes are focused on her strengths and not her complexes. If she hesitates at first, Charlene ends up accepting.

CÉLIA DECIDES TO STAY AWAY FROM THE INSTITUTE

In Paris, Jérémy calls his mother before taking his plane to Australia. Clotilde informs him that things are going back to normal and that the gendarmes will probably conclude that there is an accident concerning Simony’s death. Once she wished him a safe trip, Clotilde hands the phone to Célia who indicates that she feels a little better since she no longer has nightmares.

Having also known the nightmares and the surges of anxiety following her assault, Clotilde guarantees the young woman that she is not alone and that she is there for her. Celia then spoke to Teyssier about her desire to go on an internship to move away from the institute for a while. The director of the institute promises to see what he can do but warns her, however, that it will probably not be possible before January.

ELIOTT AND GREG TAKE IN HAND THE EDUCATION OF NAËL

Eliott still has not digested the fact that Jasmine asked him not to think of himself as Naël’s second father. If Hortense advises him to have a discussion with her, Eliott unfortunately has no desire to make any efforts.

Later, Eliott and Greg start Naël’s food diversification without seeking Jasmine’s advice. When she learns that her son has eaten his very first mashed carrots without her, she takes it badly and feels like she is being pushed aside. Greg may assure her otherwise, Jasmine imagines that they want to raise Naël without her. And to clarify that it annoys him to see them play the couple of perfect parents before reminding them that she is the mother of the little boy.

GABRIELLE BECOMES THE DOUBLE A SOMMELIÈRE

Gabrielle does what she can to get Chef Landiras back to her creativity. As she does not know how long it will take, she agrees to stay at the institute for as long as necessary, provided she obtains the post of double A sommelier until her departure. Even though Lisandro has been managing this part of the job for many years, Emmanuel agrees. While the head waiter tries to make him change his mind, Teyssier confronts him with a fait accompli and leaves him no choice.