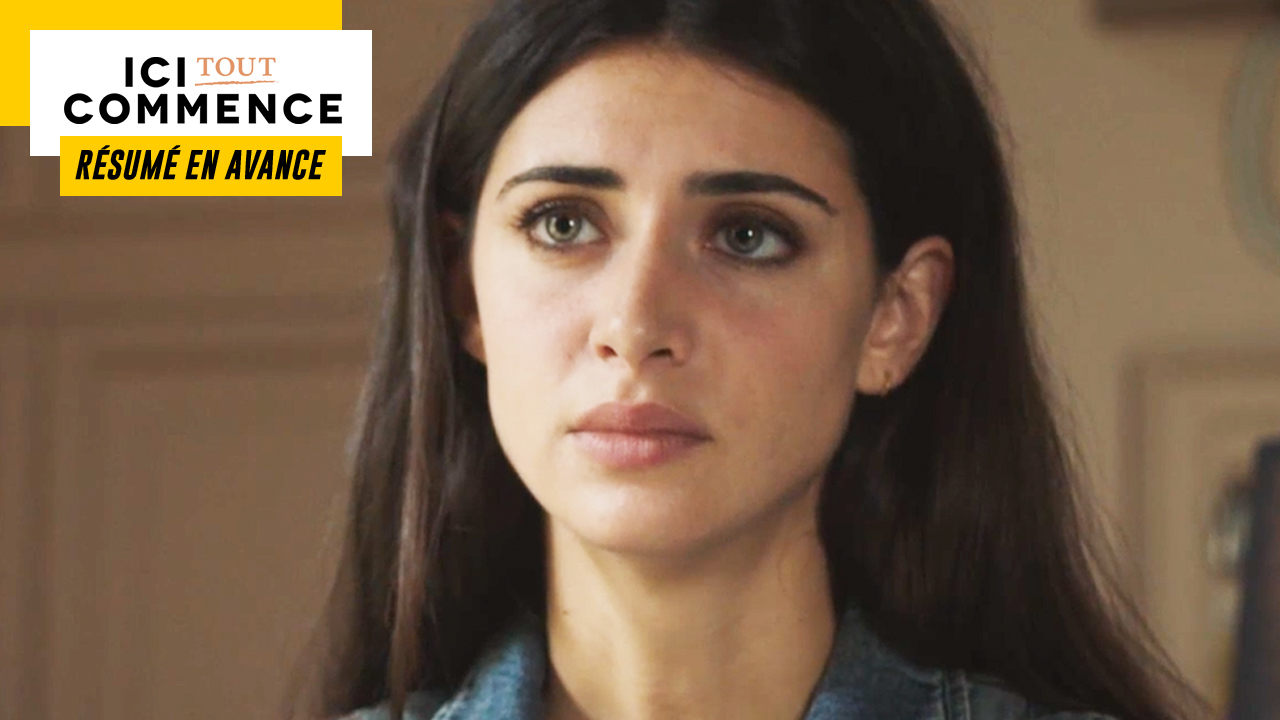 In the next episode of “Here everything begins” … While Célia is placed in police custody, Laetitia is embarking on a new career. Jasmine, Greg and Eliott receive a visit from the social worker.

Tuesday, November 16 in Here everything begins …

CÉLIA IS PLACED IN CUSTODY ON SIGHT

Although she has just lost her ex-husband, Olivia has chosen to return to work to clear her mind. Affected by the rumors circulating about Chief Simony, she asks Lionel’s advice. Uncomfortable, he reveals that something rather fishy happened between his teacher and Celia. It was then that Olivia learned that the Gaissac girl had threatened her with death the day before she fell down the stairs.

To clarify this story, Olivia confronts her in order to understand what exactly happened between them. If she initially claims that she no longer remembers this exchange, the young woman ends up telling him about her assault. As Olivia does not believe her, Celia, who is angry, screams that she is very happy that he is dead.

Later, Olivia crosses paths with Louis in the park. While he encourages her to talk about her suspicions about Clotilde to the gendarmes, the boss Listrac prefers to wait because she now suspects Célia. For her part, the latter is particularly distressed because she knows full well that she is an ideal culprit. Jérémy tries to reassure her but without success.

Captain Brassac arrives at the institute to question Célia. During her interrogation, the young woman relates what happened between her and Chief Simony the day before his death and admits that she has threatened him with death. However, she claims that she did not take justice on her own. And to specify that she was in the greenhouse at the time of the facts.

Not far from there, Jérémy is worried to see that Célia is still being questioned. As his father still does not know the facts, the son Devaut confesses to him that he is responsible for the death of Chief Simony. The shock passed, Guillaume reproaches his wife for having hidden the truth from him but nevertheless assures his son that he is there for him.

At the end of the day, Célia leaves the institute surrounded by several gendarmes and is taken into custody for the murder of Chief Simony.

To make some money, Laetitia accepted her friend’s offer to give botox injections at home even if it is not legal. Cosmetic surgeons and dermatologists being the only people authorized to perform this type of act, Laetitia risks big if she were to get caught.

After a quick training, the guardian of the institute gives her first injection on a client. A success for Laetitia who collects a nice sum of money in the process. Shortly after, she crosses paths with Guillaume and informs him that she has a solution to finance her daughter’s studies. Obviously, she makes him believe that she cleans extra hotel rooms. Admiringly, Guillaume declares that he finds her courageous.

JASMINE, GREG AND ELIOTT RECEIVE A VISIT FROM THE SOCIAL WORKER

Stressed by the visit of the social worker, Jasmine inspects every nook and cranny of the apartment to make sure everything is in order. After much thought, Greg is ready to take on their three-way lifestyle. If Jasmine fears that they will take custody of Naël away from them, Eliott and Greg ensure that everything will go well, especially since the child is happy and in perfect health.

Once she has inspected the premises, the social worker questions Jasmine, Eliott and Greg about their way of life with Naël. Even if on paper everything seems very good to her, she nevertheless wishes to evoke with them something unusual and which inevitably raises questions: the fact that they are raising this child together. This is why she wants to know the role of each person in their education. Eliott then explains that he is present in Naël’s life just like Greg and Jasmine, then specifies that he loves this child as his.

The little boy needing stable benchmarks to flourish, the social worker believes that his hierarchy could seek the advice of a psychologist to determine if this parental triangle could have a harmful effect. Annoyed, Greg points out to him that children can have normal parents on paper and yet get beaten up, live with family secrets or not be free to be themselves. Additionally, Greg states that they have nothing to hide and that they take responsibility for who they are. Admittedly, there are three of them raising Naël, but he does not agree that too much love could be harmful for him.

Touched by his speech, the audience recognizes that they form a loving, responsible and caring family. This is why it will not mention their particular situation in its report and gives them a favorable opinion. Afterwards, they celebrate the good news with relief. Jasmine, who has understood the importance of benchmarks for a child, would like to clearly define that Naël’s father is only Greg. Deeply hurt, Eliott decides to take the air.