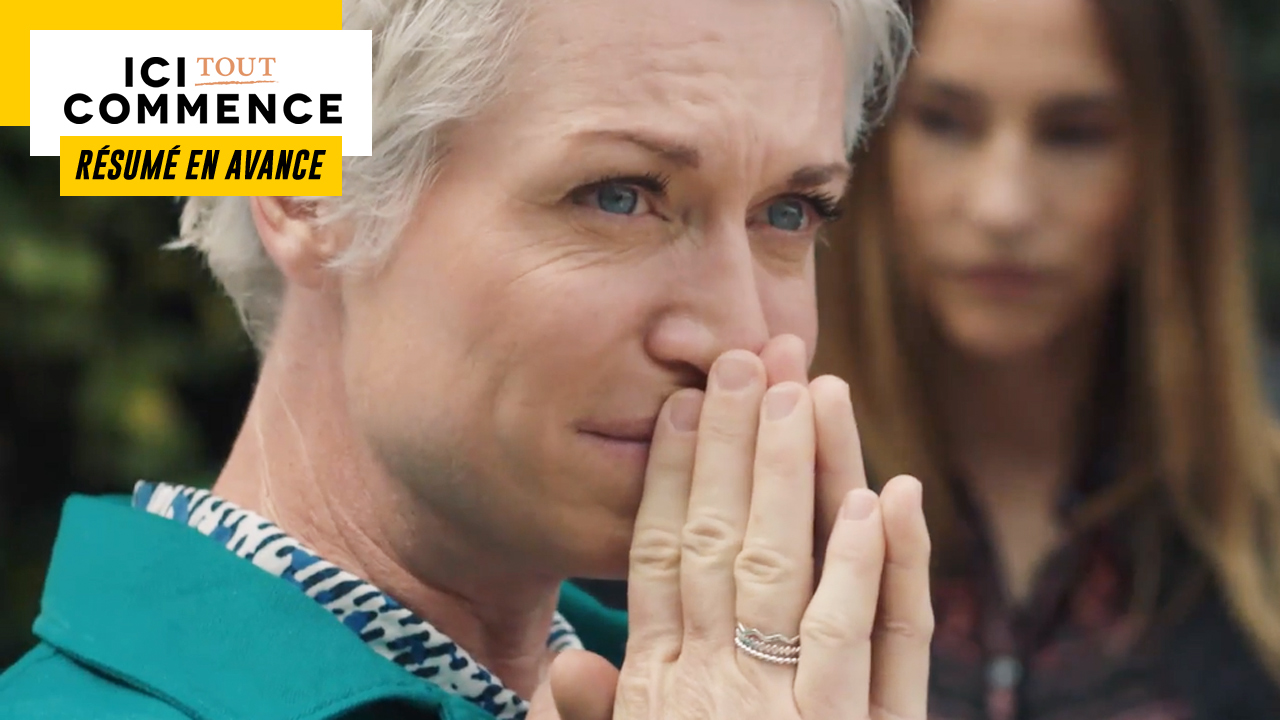 In the next episode of “Here everything begins” … While a fight turns badly between Simony and Jeremy, an initiative of Eliott does not please Greg at all. Gaëtan lies to Noémie.

Thursday November 11 in Here everything begins …

A BAGARRE TURNS BETTER BETWEEN SIMONY AND JÉRÉMY

Following the revelations of his wife, Guillaume remembers the period when she worked with Fabien Simony. That was nineteen years ago and the couple were in London with their son when Clotilde suddenly resigned. At the time, the chef Armand had made her believe that she wanted to return to France so that her son would be close to his grandfather. In fact, she wanted to get away from Simony’s clutches.

On the evening of the assault, Chief Simony had cornered Clotilde against a wall to force her to kiss and touch her. If she remained petrified for a few moments, the chef Armand then managed to grab a knife and then plant it in her shoulder before fleeing.

Later, Teyssier and Guillaume burst into Chef Simony’s class. After asking the students to leave the kitchens, the director announces to Fabien that he is fired. As Olivia defends her ex-husband, her colleagues tell her that he tried to rape Clotilde a few years earlier. For his part, Fabien pretends to rebel before leaving the scene furious.

In shock, Olivia sets off in pursuit of him to find out if these accusations are true. While he makes her believe that Clotilde is seeking revenge out of jealousy, Olivia notes that she is not the only one to accuse him of sexual assault. The chef, who has thought of everything, then claims that Clotilde asked Celia to lie for her in order to satisfy her thirst for revenge. Despite the many elements against him, Olivia continues to support him.

For her part, Celia is surprised to see that her comrades are not in class. When Lionel accuses her of being at the origin of the dismissal of Chief Simony, she ends up launching with emotion that he attacked her.

Not far from there, Rose comes to inquire about her sister when Célia and Jérémy arrive. Very moved, the chef Armand apologizes to Célia for not having reacted sooner and then tells them what she suffered nineteen years earlier with Simony.

Later, Clotilde, Rose and Jérémy meet him on the stairs. The latter does not hesitate to attack his colleague for having passed off as a rapist in the eyes of all. Far from being dismantled, Clotilde retorts that her career is over and then swears that she will never let him touch anyone again. After the chief insults her, Jérémy sees red and a fight breaks out. During their altercation, Jeremy pushes him violently and knocks him down the stairs.

Without waiting, Clotilde, Rose and Jérémy rush to his bedside. The latter being unconscious but still alive, Clotilde orders her son to come home and not to say anything to anyone. Subsequently, Chief Simony is transported to the hospital. Suspecting internal bleeding, doctors are unsure if he will come out of it. While Olivia tries to understand what happened, Clotilde specifies that she found him unconscious at the bottom of the stairs.

Greg went to recognize his son at the town hall. Looking through the family record book, Eliott realizes that the little boy will be turning six months the next day. To mark the occasion, he therefore proposes to celebrate it as it should. An idea that pleases Jasmine a lot, who also sees it as an opportunity to toast their new life together.

Without waiting, Eliott scours the shops to make this evening an unforgettable one. Even if Naël will never have any memory of that day, Eliott believes that he still deserves the most beautiful holiday.

When Greg comes back and finds the apartment completely decorated with unicorns and pink balloons, he calls on Eliott to remove everything because he judges that it is not suitable for a little boy. Eliott may find the concept of colors outdated, Greg does not understand it and points out to him that he will raise Naël as he wishes. Deeply hurt, Eliott leaves.

Gaëtan and Stella made a secret meeting to spend time together. No longer supporting these stolen and timed moments, the young woman invites Gaëtan to go on a romantic weekend. What he accepts. Desperate to see Stella, his son Rivière then made Noémie believe that he was going to attend a training course on sports pedagogy in Arles for two days. Without knowing what they’re up to, Chef Matret replies that it’s a great idea and then promises to send him lots of jokes so that he doesn’t get bored in his absence.

Later, Gaëtan confesses to his sister that he lied to Noémie. For Ludivine, he should be honest with his partner but Gaëtan prefers to preserve her because he thinks she is too fragile since her burnout. If the young man is delighted at the idea of ​​spending time with Stella, his plans finally fall apart when Noémie announces that she is accompanying him to Arles.