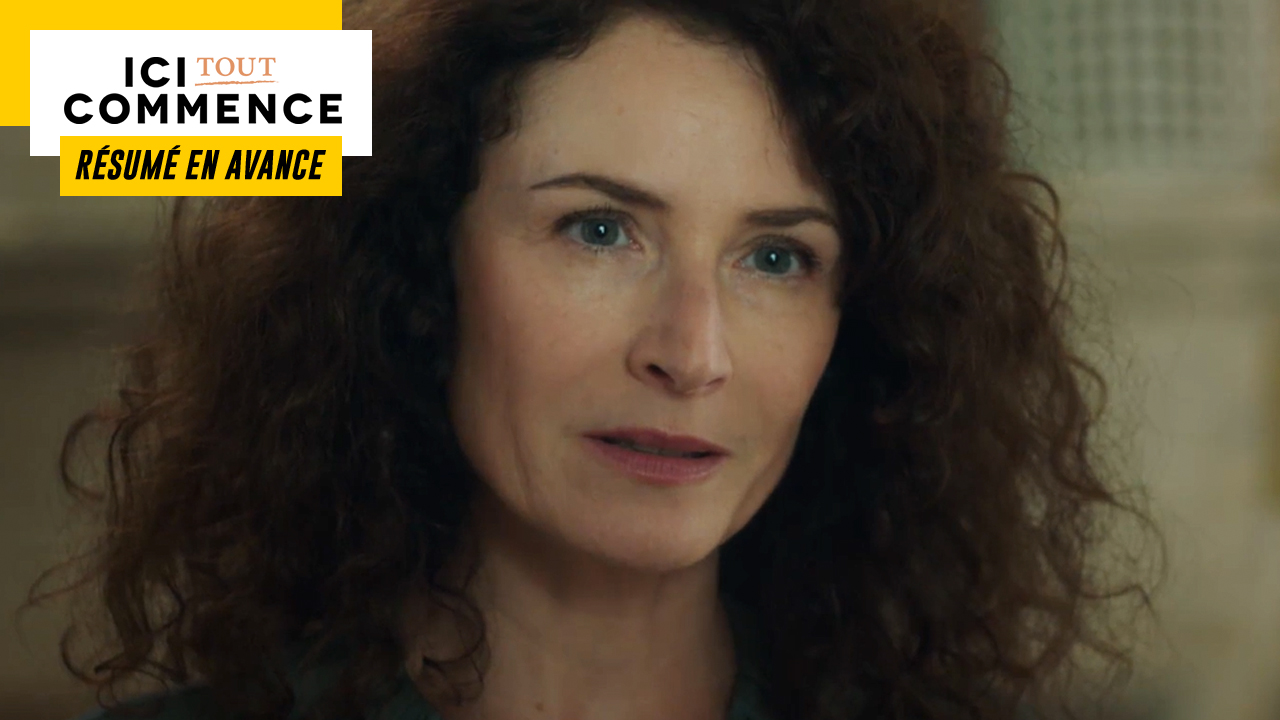 In the next episode of “Here everything begins” … While Clotilde puts pressure on Simony, Ludivine discovers Gaëtan’s secret. At the same time, Salomé spurns Tom.

Friday November 5 in Here everything begins …

During his masterclass, chef Simony describes the sauce prepared by Ambre as infectious. Far from being taken apart, she retorts that he is trying to get revenge by giving her a bad mark. However, Amber doesn’t care and promises that he will eventually pay for the harm he did to Deva.

Certain that she is the author of the note he found in his jacket pocket, Chief Simony threatens to denounce her for harassment to management. After telling him the opposite, the young apprentice imagines that it is probably another of his victims. Furious, Simony swears to slaughter her if she doesn’t leave him alone.

Later, Fabien informs Célia that he will unfortunately not be able to integrate it into his masteclass. Since she insists while putting her hand on his shoulder, he asks her to apply as an intern in his brigade.

Nearby, Amber reports to Deva that their teacher has received a word of threats. Deva then wonders if this message was not written by someone who knew what had done to her and even believes they have an idea of ​​who she is.

At the same time, Clotilde warns Chief Simony that the warning he received was a warning and then guarantees to destroy it if he were to come after Deva once more. While Fabien continues to say that he did nothing to his student, Clotilde, who has no doubts, swears to help Deva file a complaint against him if he tries anything. But Fabien also has something against Clotilde that could destroy his life. Despite everything, the boss Armand tells him that he has more to lose than she in this story.

Subsequently, she joins Deva and Ambre to tell them about her interview with Simony. Even if she is certain that he will leave them alone from now on, Jeremy’s mother nevertheless asks her protege not to be alone with him.

In the afternoon, part of the faculty came to taste the dishes prepared by the students of the masterclass. When he disembarks, Chef Armand whispers in Antoine’s ear, which unsettles Fabien. While everyone proceeds to the tasting, Clotilde takes the opportunity to tell her colleague as an aside that she does not care about his threats. An exchange that has not escaped Olivia who seeks to understand what is happening. Her ex-husband then claims that these are old grudges from when they worked together.

At the end of the day, Chef Simony offers Célia to give her a private lesson on the condition that she doesn’t tell anyone about it.

LUDIVINE DISCOVER THE SECRET OF GAËTAN

In the salt marshes, Stella takes advantage that her sister is on the phone with a supplier to take care of Gaëtan.

To clear the mind, Stella and Gaëtan go for a walk by the water. More accomplices than ever, they succumb to temptation and end up kissing. Although they are both attracted to each other, they feel guilty towards Noémie. When the young woman confesses that she is falling in love with him, the son Rivière kisses her again without knowing that Ludivine, who is cycling in the area, sees them in the distance.

Back at the Table des Rivière, Ludivine is uncomfortable. When her sister-in-law is surprised not to have seen Gaétan and Stella, she decides to cover them up by pretending that they are at the institute to provide a sports course.

Later, Ludivine confronts her brother and is not kind to him. While he asks her why she is angry, she retorts that she refuses to believe that he could have taken action behind the back of the one he loves. Although he never thought he would do something like this, his brother admits that his attraction to Stella is stronger than him.

Appreciating the fluidity of his gestures in the kitchen, Tom suggests that Salomé make an ASMR video with him. Even if she is not sure that she likes this discipline, she accepts anyway.

During registration, Salome, who finds it both strange and embarrassing, can’t help but burst out laughing. When she’s trying to figure out if he’d rather finish the video alone, Tom stares at her and then kisses her. If she lets herself go first, Salomé however quickly puts an end to the kiss, specifying that she is not yet ready.

Only, Tom does not understand his reaction and wants to understand why she heated him for nothing. Salomé therefore explains that she simply changed her mind. Indeed, she thought she was ready to move on but admits to having a lot of trouble recovering from her breakup with Maxime. As Tom insists that she take advantage of the moment, Salomé gets annoyed and asks him to stay away from her.