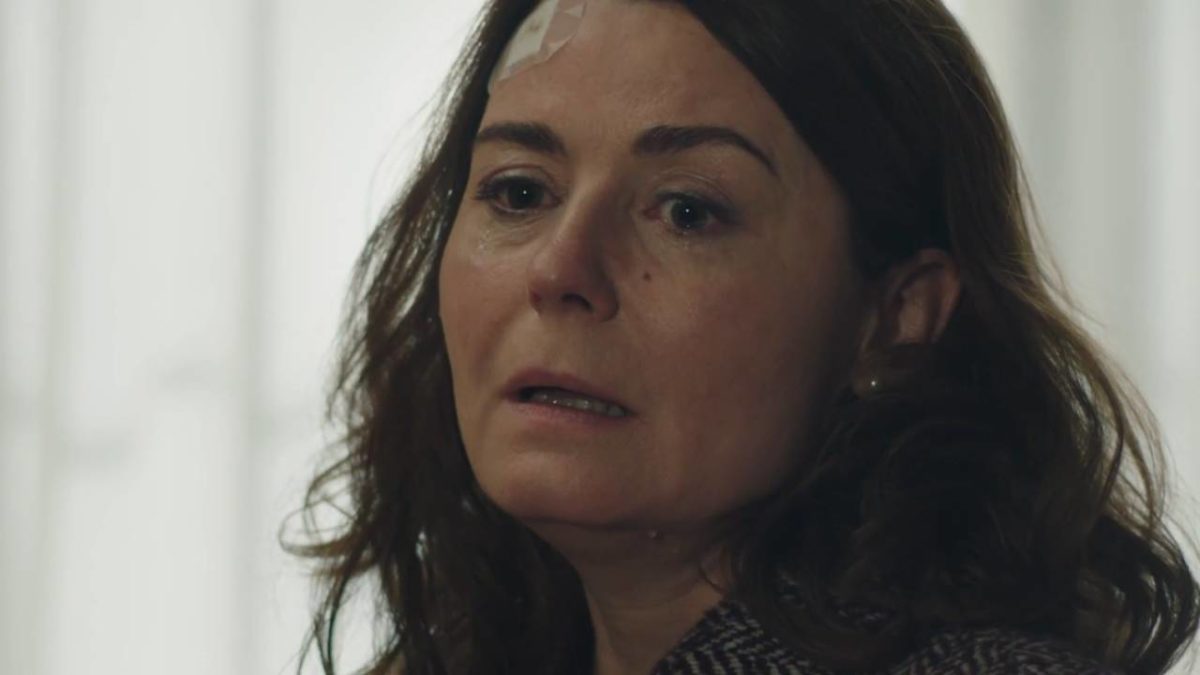 In the next episode of “Here everything begins” … While Greg denounces his mother, Louis agrees to return home. Célia falls in the arms of Mathis.

Thursday April 8 in Here everything begins …

While strolling in the gardens of the Institute, Charlène and Hortense notice that Delphine is injured in the face. While the two young women are trying to find out if it was her husband who did this to her, Delphine claims that she fell and then urges them to return to class.

Warned by Charlene, Constance goes to meet Claire and Rose to tell them about Delphine’s injury. Refusing to see Benoît make more people suffer, Claire finds the Michelin-starred chef and informs him that she has warned the gendarmerie. Greg stands up for his father but he asks him to stay out of this story.

Later, Delphine joins Benoît so that they can be heard by Captain Brassac. As she prepares to enter the office, Rose encourages her not to let her husband shoulder the responsibility for her, to no avail. During the interrogation, Benoît confesses that he has been hitting his son for many years and Delphine supports her husband’s version by specifying that she did not know what was happening under his roof.

Meanwhile, Eliott learns that Charlene swayed Benoît and that he risks going to jail. The young man then hurries to find Greg to push him to tell the whole truth to the authorities before it is too late. Shortly after, Greg arrives in the management office and declares in front of Captain Brassac that it is his mother who has always beaten him. Very moved, the young man continues by reading him the many messages of apology that his mother sent him once his crises have passed.

In the morning, Claire meets Teyssier and wants to know why he is so interested in his son. Emmanuel then explains that he is helping Louis prepare for the Best Apprentices competition in the pastry specialty. An ideal springboard for the young man who will then be able to pass the competition for the Meilleur Ouvrier de France and thus take charge of the Institute as Augustus intended.

Subsequently, Claire goes to the hospital. When Louis announces that he has decided to go home to finish his studies, Claire is delighted. Back at the Institute, Chef Guinot announces to Antoine and Guillaume that her son will resume lessons the next day. While Antoine would like to warn the students, Claire does not want to make an event of it and asks him to instead think about the excuses he intends to make to him for having accused him wrongly.

At the end of the day, Teyssier is with Louis at the hospital and congratulates him on having recovered. Relieved that Claire does not suspect anything, the chief declares that he understands why Auguste placed so much hope in him and then recalls that they have planned something for the next day.

Since he returned home, Jérémy has not been in good spirits, which begins to worry his parents, who know full well that he is in the cold with Celia. Later, Célia confides in Hortense that she misses Jeremy and that she would like him to come back to live with the Gaissacs. As their story is impossible, Hortense thinks that this distance is a good thing and that it will allow him to move on. Upon disembarking during cooking, Jérémy tastes the dishes that his comrades have prepared with his aromatic salts but excludes tasting his half-sister’s chocolate pie.

At the end of class, Celia hastens to come see him to understand why he ignores her. Insofar as he cannot pretend, the young man explains how difficult it is for him to know that she no longer wants to be with him. In order to turn the page once and for all, Jérémy prefers to stop there to prevent them from suffering more. At the end of the day, Mathis joins Célia and notices that she is not doing well. As he hugs her to cheer her up, they kiss.