Here it all begins: Eliott and Greg soon as a couple? [SPOILERS] 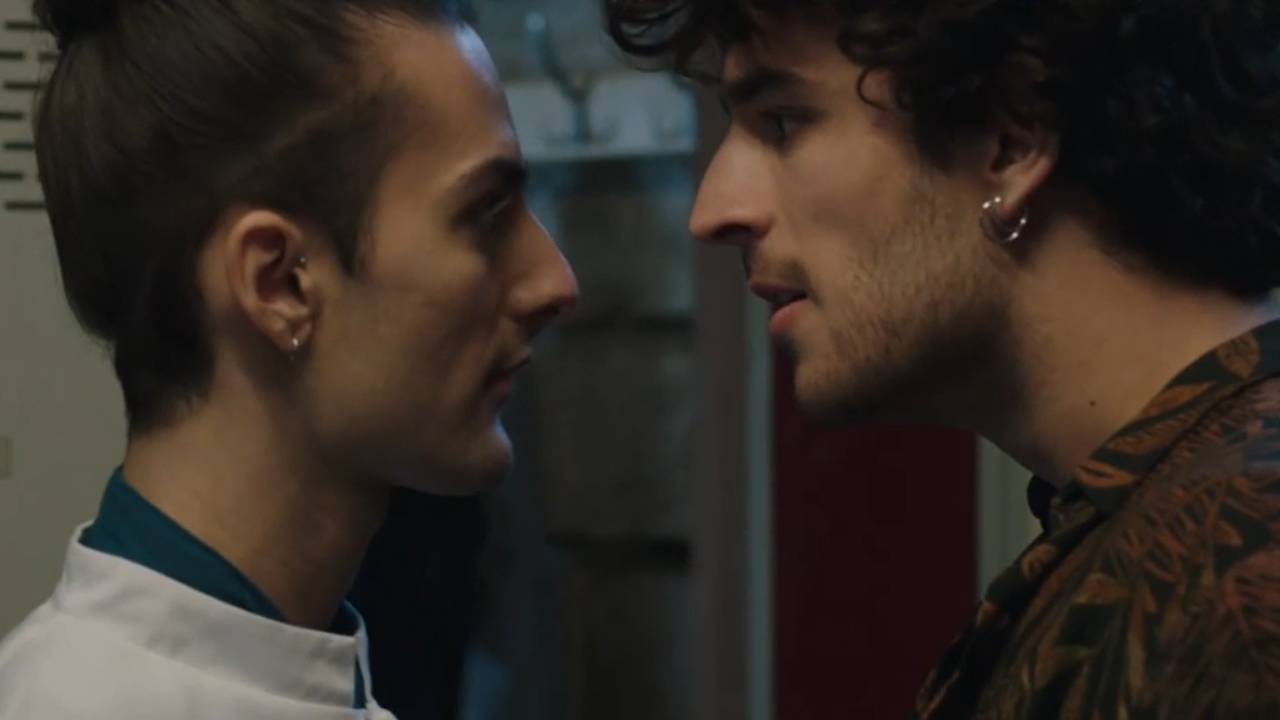 If the flagship couple formed by Rose and Antoine is in the midst of a crisis, the tensions between Eliott and Greg could well lead to the birth of a love affair between the two young men in the next episodes of “Here everything begins”.

Warning this article contains spoilers on the next episodes of Here It All Begins. If you don’t want to know anything, don’t read on.

It’s the season of love in Here it all begins. After Maxime (Clément Rémiens) and Salomé (Aurélie Pons) or Vincent (Flavio Parenti) and Laetitia (Florence Coste), the Auguste Armand Institute could soon be the scene of a rapprochement between Greg (Mikaël Mittelstädt) and Eliott (Nicolas Anselmo). However, relations between the two young men have never been good since their meeting. Remember, Eliott had made a very remarkable entrance to the Auguste Armand Institute with his pigtails and his makeup, which had earned him repeated teasing from Greg. While they had so far not interacted much, repeated tensions will worsen their relationship in the next episodes of the series.

In the episode broadcast this evening on TF1, the students of the Auguste Armand Institute will have to present an original dish around the sole. If the chef Armand (Elsa Lunghini) is full of praise for Eliott’s preparation, she will blame Greg for not taking enough risks. A reflection that will not be to the taste of the son of chef Delobel who will not hesitate to multiply homophobic remarks with regard to his rival of the day. Determined not to be impressed, Eliott will go so far as to kiss him on the mouth to provoke him. Then begins a vicious circle of revenge between the budding chefs. But wouldn’t these different provocations actually hide the beginning of a romance between them? In any case, this is what the beginnings of this brand new plot suggest.

The dissensions will rise crescendo between Greg and Eliott in the next episodes of Here it all begins, especially as they will be forced to work as a team for a week in order to overcome their differences. A forced rapprochement that could despite everything reveal feelings that they cannot express otherwise. According to the synopses unveiled by TF1, viewers of the successful soap opera could well see a new romance blooming in Calvières. Indeed, Greg will do everything to forget a fantasy that disturbs him but will also hide a new friendship from Lionel. And everything suggests that the common denominator is none other than Eliott. Would Greg ask himself questions about his sexuality or would he have concealed his homosexuality from the start? What is certain is that Eliott could play a pivotal role in the young man’s life in the days to come. Contacted by us, the channel confirmed to us that “Greg will ask questions about his sexuality and his relationship with Eliott“.

While he’s been in a relationship with Charlene (Pola Petrenko) for several weeks already, what choice will Greg make? For his part, will Eliott manage to overcome the harassment he suffered from Greg to see the young man in a new light? To find out, we will still have to be patient!