What’s your stance on what kind of movies are off-limits to watch on your device if you’re flying?

I’d hope anything NC-17 and above would be off-limits but you never know, right?

Read this story and see if you think this guy acted like an a**hole for watching an R-rated movie on a plane.

I had a few movies downloaded on my phone, including the second Deadpool. I was watching it on my phone with headphones in, when the part where Deadpool gets ripped in half happens, and I can hear a (muffled) scream behind me. I take out my headphones and there’s a little kid behind me, crying.

He had positioned himself in a way that he could watch my screen and had watched him get torn. His mom got mad at me and yelled that I shouldn’t be watching that kind of thing, especially in front of children.

But I wasn’t aware anyone was watching me, and that kid would have had to force himself into that weird position to see my phone screen.

One reader said he’s NTA and that this woman should have kept an eye on her kid. 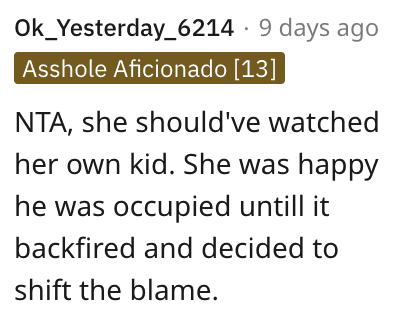 And this Reddit user agreed and said that this parent sounds like the a**hole in this story.

Another individual made a good point about movies they show on planes and said people should keep an eye on their own kids. 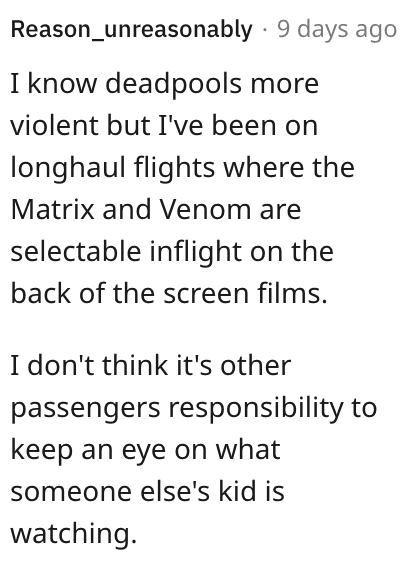 Read Also:   A Man Who Was Fishing Got Into It With a Homeowner Who Said He Was on Private Property