I can totally understand singing a song to annoy your wife for fun…but should you really do something like that at your own wedding?

That’s the question we’re faced with today in this edition of “Am I the A**hole?” from Reddit.

Read on to see what went down!

“I just got married last week (my wife and I are both in our thirties).

I am Mexican, she is American, but we both grew up in the US and both our families know both languages. My wife planned every bit of the wedding and was a very controlling and nervous bride, but alright, I get that she was stressed.

During the reception I went to the band and asked them to play a song for me to sing to my new wife. It was Te Amare by Miguel Bose. It was the song from out first date in a really bad Mexican restaurant, so it became a long standing joke between us.

The guests really loved the song, my MIL cried and told me it was beautiful, but my bride seemed upset. I asked her what’s wrong and she said I am an AH for taking the spotlight to enforce my ethnicity and not just let the band sing our song for us.

And this individual agreed and said this was a bizarre accusation by her. 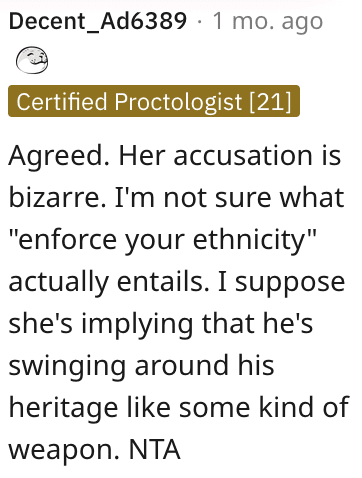 Another Reddit user also agreed and added that this guy is NTA. 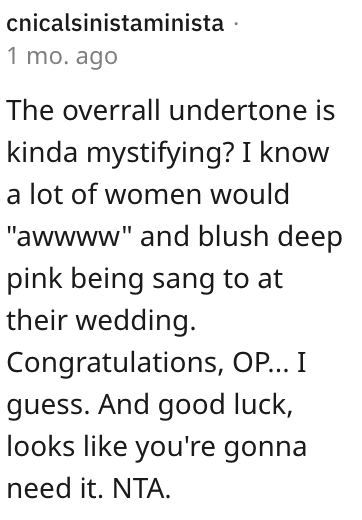