Gunfire and brawls as protest groups clash in Portland 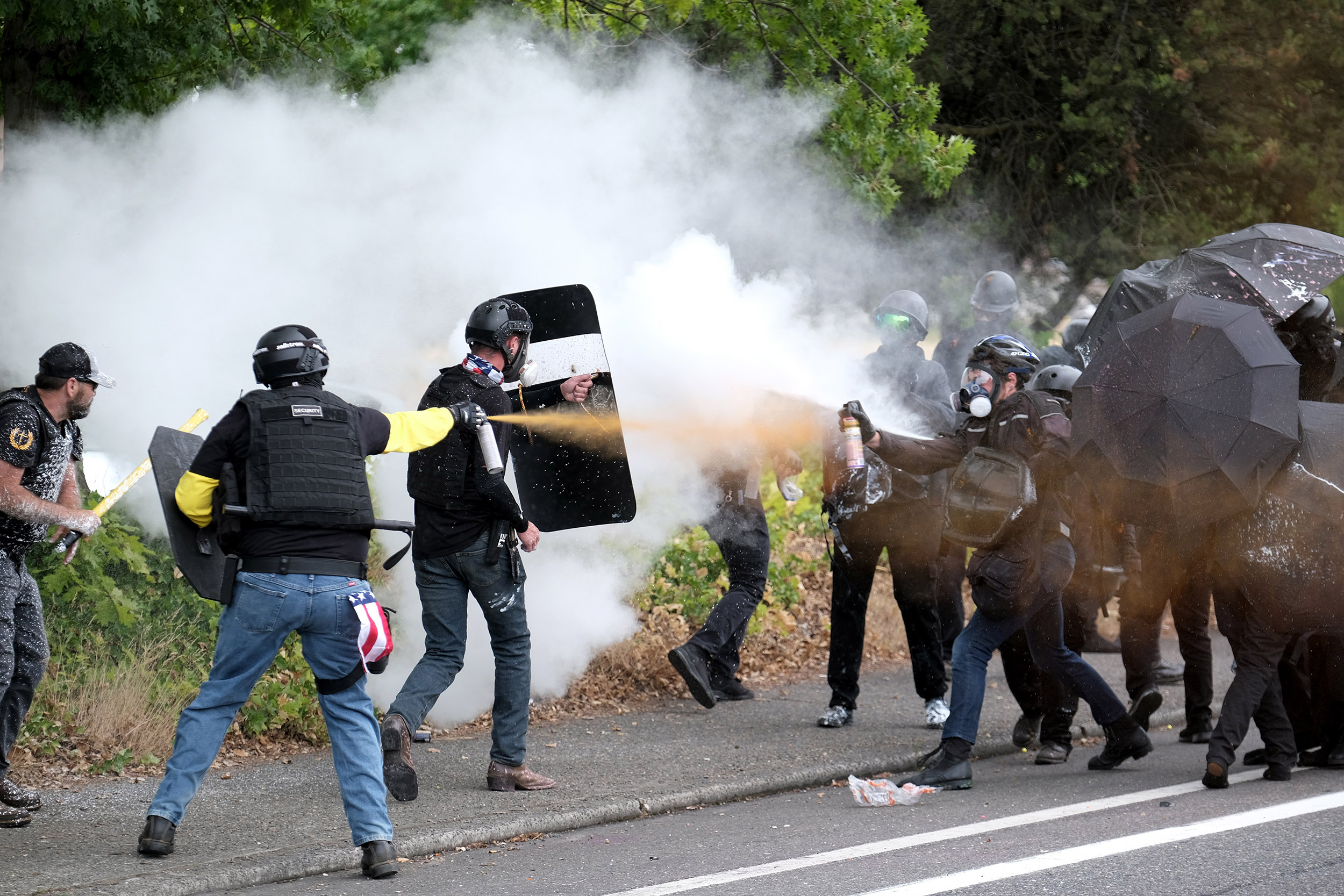 PORTLAND, Or. — Protests by rival far-right and left-wing groups in Portland descended into violence on Sunday, as the opposing sides engaged in clashes and at least one man was arrested for firing a gun at demonstrators.

Nobody was hurt in an exchange of gunfire and by Sunday evening there was no word on any injuries in numerous other skirmishes that saw opposing sides brawling, dousing each other in what appeared to be bear spray and breaking car windows of rivals.

Police Chief Chuck Lovell said during a briefing on Friday that officers would not necessarily intervene to break up fights between the groups.

But he added that “just because arrests are not made at the scene when tensions are high, does not mean that people won’t be charged with crimes.”

Portland has become a magnet for clashes between political extremists since last year.

As recently as Aug. 7, a black-clad antifa group and a group wearing the colors of the far-right Proud Boys exchanged shots of pepper spray and paint balls after an open-air religious meeting led by a conservative pastor, local media reported.

Sunday’s competing protests came on the anniversary of a clash that grew violent between right-wing and leftist crowds in downtown Portland, where a succession of street demonstrations last year followed the murder of George Floyd, a Black man, by a Minneapolis police officer on May 25, 2020.

The clashes resulted in the shooting death of a right-wing protester, 39-year-old Aaron Danielson, on Aug. 29.

The suspected shooter, Michael Reinoehl, a 48-year-old self-declared anti-fascist activist who provided security for Black Lives Matter protesters, was shot and killed by police in Washington state last Sept. 4 as they sought to arrest him.