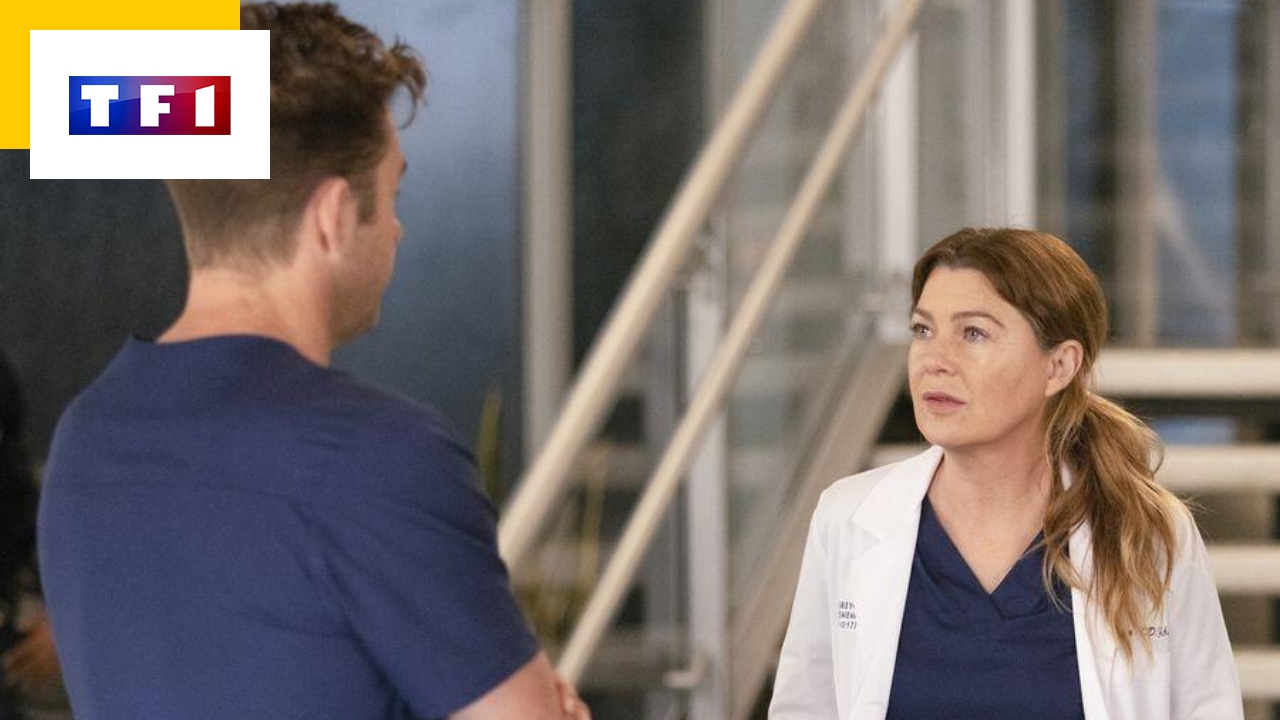 While “Grey’s Anatomy” has already been renewed for an additional season, the events of the episodes broadcast tonight on TF1 suggest that Ellen Pompeo (Meredith Grey) is ready to say goodbye to the medical series.

Season 18 of Grey’s Anatomyepisodes 14 and 15 of which are broadcast from 9:10 p.m. on TF1, saw Meredith Gray (Ellen Pompeo) split her time between Seattle, where her work and family are located, and Minnesota, where she was offered to lead clinical trials to find a cure for Parkinson’s disease.

As his work in the northern US city seems to be coming to an end, Dr. David Hamilton (Peter Gallagher) makes him an offer that may cause a tidal wave at Gray Sloan Memorial.

He has indeed offered her to join his hospital permanently as director of the Gray center (with a large budget), and head of general surgery. If Meredith does not immediately give an answer to this proposal, the events of episode 15 will precipitate her decision.

After a violent altercation with Bailey (Chandra Wilson), she seems to have decided to leave her hometown and uproot her children in order to follow her heart. But does this decision announce the imminent departure of Meredith from the series?

Ellen Pompeo on the way out?

Last January, the American channel ABC announced after several months of doubt that Grey’s Anatomy would be back for a season 19 which will be broadcast in the fall of 2022 in the United States. And since good news never comes alone, The Hollywood Reporter had confirmed that Ellen Pompeo had signed on to reprise her role which made her known for this additional season.

A decision that had surprised more than one, the actress having confided on many occasions her desire to say goodbye to the character after more than 18 years of good and loyal service.

We must therefore believe that ABC has found the arguments to convince Ellen Pompeo to stay for at least one more season in Grey’s Anatomy. But for the moment, nothing says that it will be present in the entirety of this new burst of episodes.

As this season 18 has demonstrated very well, she could continue to be part of the series by participating in only a few intrigues taking place in Seattle. However, if her children move to Minnesota with her, the only thing that could justify her return to Gray Sloan could be one-time surgeries or visits to see her sisters Amelia (Caterina Scorsone) and Maggie (Kelly McCreary).

Shonda Rhimescreator and producer of the series, and Krista Vernoff, current showrunner of Grey’s Anatomy, wouldn’t they be preparing the ground for a spin-off taking place in Minnesota? This is a possibility all the more likely since rumors about a new spin-off series have been swirling around for several months.

If Meredith Gray’s decision is put on hold in episode 16, the doctor makes the decision to stay a few more weeks to help the hospital that saw him grow up to get out of the serious crisis in which he happens, it could be that his interpreter has already made up his mind. She thus revealed during an interview with EntertainmentTonight that Grey’s Anatomy could go on without her

“Reinventing the series and continuing to do so is a challenge at this point. Grey’s Anatomy speaks to a lot of people and young people love the series. It has inspired so many generations of health workers so I think for the younger ones it’s a good thing and we’re going to try to make it last for them and continue beyond me. We will find someone (to replace her, editor’s note) or not “, she explained. The suspense therefore remains.