Grendizer on DNA: what happened to Actarus after the end of the series? 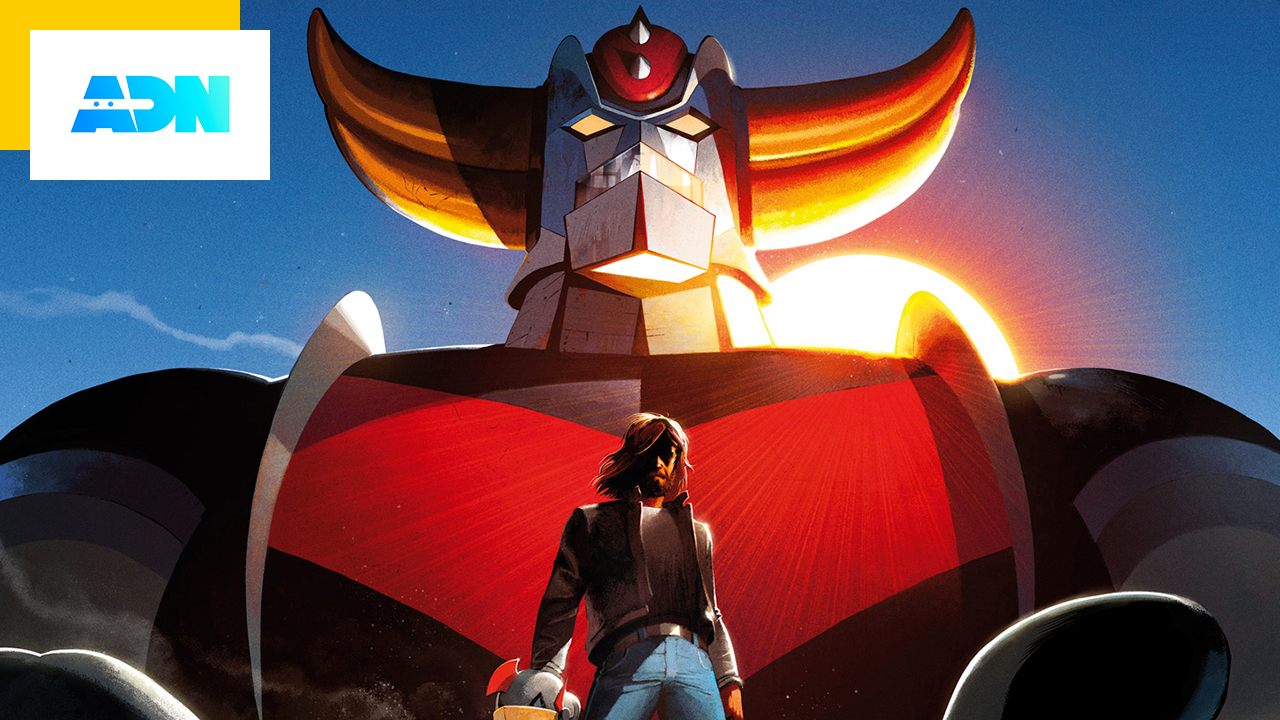 After 74 episodes, the animated series Grendizer has ended, wrapping the storyline of the Prince of Euphor with panache. Go Nagai, creator of the giant robot, never followed up on his work. After several decades, we know what happened to Actarus!

After having crossed the universe as fast as light, the formidable robot of the new times has bowed out. The Goldorak phenomenon was as dazzling as its fists, marking a whole generation of spectators. Despite this triumph, Go Nagai, creator of the original manga, never followed up on his work.

The cult animated series thus ended after 74 episodes. Actarus had managed to defeat Vega’s troops, saving Earth from this terrible enemy. He then left for Euphor, his home planet, in the company of his sister Phenicia. Their goal: to rebuild their world, devastated by Vega, bloodthirsty and ruthless tyrant.

More than 40 years after its first broadcast in France in Récré A2, hosted by Dorothée, Goldorak is finally back in a sequel! We therefore know what has become of Actarus, revered hero of franchise aficionados. But it’s not in animated series form that the giant robot is back. The latter was resuscitated in comics from the pen of 5 French authors.

Validated by Go Nagai himself, this sequel is official and takes place 10 years after the end of the series. The war between the Vega Forces is a distant memory and Actarus has returned to Euphor. As for Alcor and Venus, they are trying to lead a normal life.

“But from the far reaches of outer space emerges the most powerful of golgoths: the Hydragon. As the monster of the Ultimate Ruin Division crushes the Earth armies, the demands of the last Vega representatives stun the planet. total annihilation, all the inhabitants of Japan have seven days to leave their country and let the invaders colonize the archipelago. Faced with this ultimatum, there is only one last hope … Grendizer. “

THE RETURN OF THE PRINCE

The idea of ​​reviving the Prince of Euphor in a sequel came from Xavier Dorison during the Angoulême comic book festival in 2016. He suggested to Kana editions to embark on the adventure: “Xavier’s absurd idea led to a very strong adhesion. But we wanted to polish this album, that it spares impressive sequences. We wanted to take the time necessary for everything to be perfect, and for this return to be at the barycenter. between Franco-Belgian comics, manga and comics “, explains co-author Denis Bajram in the columns of Figaro.

The latter proposed to Alexis Santenac, Yoann Guillo and Brice Cossu to join the adventure, join forces to offer the best possible sequel to this monument of pop culture.

“Grendizer’s characters have a very strong life. We had to find a fine tuning so that Japanese heroes like Rigel were not dissonant with other more realistic characters like Actarus. Brice, Alexis and Yoann did this very well. “Me, I only had to worry about that gleaming Cadillac thirty meters high that is Grendizer. Besides, when we say that Grendizer is a giant robot, we are wrong. Grendizer has a pilot.” He’s kind of like a giant Iron Man “, explains Denis Bajram.

“It took over four years of hard work to bring this pharaonic project to fruition.” We romanticized the memories we had of cartoons from our childhood. This album, we made it with a lot of emotion. It’s a friendship story, a group album. It’s like the Beatles’ Magical Mystery Tour “, emphasizes Bajram.

ACTARUS TAKES BACK HIS DESTINY

In this sequel, Actarus finds his dear Goldorak, rusty and in bad shape. He struggles to grab the handle to relaunch the iron giant, overwhelmed by doubts. “It’s anything but the triumphant Grendizer that we are staging here. In Actarus’ head, there are plenty of memories that come to the surface. The hero is assailed by traumatic images that haunt his memory.“, says the author.

“When we find Actarus, he failed in what he wanted to do, he is not the victorious Actarus at the end of the cartoon. We really wanted to show in him what we had come across in the troops of Vega in the cartoon: someone who wonders about this war and this violence. He is no longer the Actarus who will conclude the episode with a Cornofulgure! He must find another way than violence “, Bajram notes.

Eventually, the Prince of Euphor manages to resuscitate his old sidekick. “This is Grendizer’s act of rebirth. Actarus’ decision is made. He has woken up. His gaze is vibrant. He takes action. We must not forget that Actarus is a refugee from ‘Euphor. He is an uprooted being, he remains an illegal alien on earth. This theme of migration runs through the whole album “, Denis Bajram analysis.

Grendizer then springs from the waters, bringing back memories of a now bygone era, rekindling the flame of our fallen heroes: “It is a gush like a second birth, notes. We show the robot emerging from the dark water in a low angle to show its strength and power. There is in this image a symbolism linked to rebirth. . With the watery element, there is almost something amniotic “, says the designer.

However, the authors deny having wanted to play on nostalgia, taking this adventure extremely seriously, all of which was added by Go Nagai himself.

“We didn’t want to pay a distant tribute to this hero of our childhood. This album must be read in the first degree. We believed in it throughout the making of the album. We came out of it emotionally exhausted. Me. , I wanted so much to live up to the goals! I know this is a highlight in my life as an author. At the age of ten, I designed my very first comic book. It told of the adventures of Grendizer on twenty pages. I wish any author the chance to experience the same cycle of accomplishment that I have experienced with this character. “, concludes Denis Bajram.