Germinal on France 2: how did the creators modernize the female characters? -… 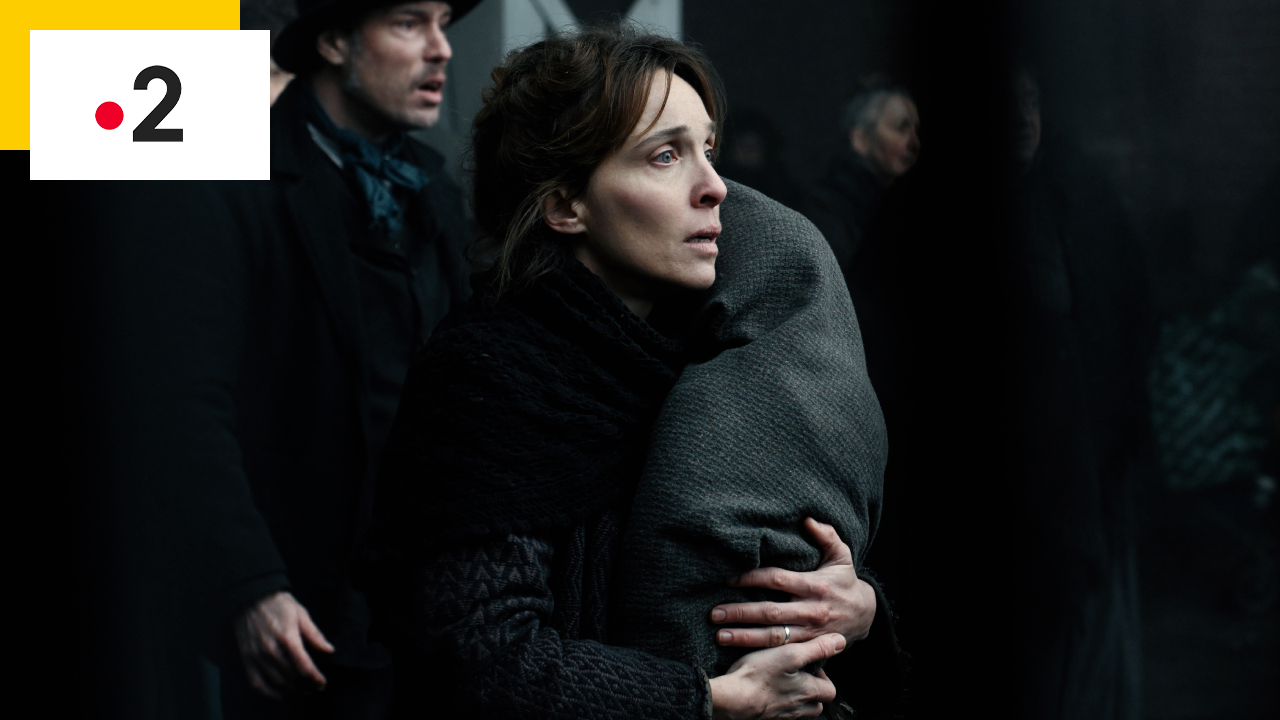 At the microphone of Allociné, director David Hourrègue reviews the serial adaptation of Emile Zola’s novel and the touch of modernity brought to its female characters, worn by Alix Poisson (La Maheude) and Rose-Marie Perreault (Catherine ).

For David Hourrègue and Julien Lilti, director and screenwriter of the Germinal series, of which two new unpublished films are being broadcast this evening on France 2, it was necessary to take the characters of Zola’s novel out of their archetypal shell in order to find the epic breath of the fresco and the romantic aspect of the story.

If Julien Lilti was at the helm of the script as writing director, the director had to succeed in “seize“of the series, explains the latter at the microphone of Allociné during the Festival Séries Mania. Their two sensibilities having agreed to manage to face the work of Zola together, they then had to find the right mix to modernize the characters, and that of the young Catherine Maheu, played by Rose-Marie Perreault, was the symbol.

Raped by Chaval at the end of the first episode, she will then go to live and work with him for a competing mine, much to the despair of her parents. The production then took liberties with the novel: Catherine, who is only 13 years old in the book, has 19 in the series. “We couldn’t make a kid play what the character goes through in the novel” explains producer Carole Della Valle.

“Catherine is being raped: it’s a paragraph. It is acquired. Not that the author wanted to minimize this violence, but it is normal, it is the routine. The [dans la série], we stop there, we see the ravages ” specifies the actress Alix Poisson at Parisian.

On the occasion of the Spotlight program of Allociné recorded at the Séries Mania festival, David Hourrègue returned to the feeling of duty he had to remain vigilant about the treatment of the character of Catherine, keeping in mind his former audience of SKAM France, a teenage series rich in themes around sexual consent.

“I have a little girl, and I didn’t want her to see the show one day and say to me: “what the hell is this?” Someone who follows his executioner and who suffers in this way, it is not a modern canvas, but it had to be understandable.“

According to him, the trap Catherine fell into should be understandable. In this sense, the choice of actor Jonas Bloquet to play Chaval was essential for the director. “His magnetism responded to many things, but also the incredible talent of Rose-Marie, who combines strength and light for the role.“

How to ensure, thanks to the chorality of the series, that each of the heroines of the novel can have a point of view, a specific subjectivity? More than a scriptwriting desire, it was a real need according to David Hourrègue.

“To understand the role of women in Zola, I went to study his relationship with women. When I realized that he sometimes used the same semantics, the same lexicon to talk about Catherine as the way he talked about his mistress in the fiery letters he sent her, I said to myself “attention!” We were going to have to be very careful about that.“

For Julien Lilti and his co-authors, the fact of raising the place of female characters in the series and emphasizing their political weight was one of the essential considerations to have, to the point of almost leaving the male characters far behind in the firsts. versions of scenarios.

“When we walk in the mining museums (d’Arenberg, editor’s note), we saw posted the rules of good behavior in the settlement, and we read that we advised women not to talk to each other“, continues David Hourrègue. The implication is to join forces.

“However, in addition to taking care of the children, they did a titanic job. How to imagine for a single second that in time of strike, their word was not political ? “Incarnated by Alix Poisson, the character of Maheude goes beyond the appearance”sacrificial mother“which characterized her in the novel, by becoming one of the instigators of the strike movement in the settlement.

Following their research, Julien Lilti and David Hourrègue decide to completely free themselves from the weight of the novel, by taking the bet to go as close as possible to their feelings in relation to their work of documentation on this period. “I think that what Catherine saw with Chaval, Maheude must have experienced it too, like many women who went down into the mine “, he continues.

In Zola’s novel, we learn that Maheude had an accident when Catherine was born, preventing her from continuing to descend into the mine; which means that she too has known the working conditions experienced by her daughter in the depths.

“By digging, there would be a lot to say about the history of women in the mine. It is a subject in its own right. Just go see the forens’ notebooks (foremen, editor’s note) from the time to be paralyzed“, relates David Hourrègue. “Children and women were going through hell. And if the law changes, it is also because the women started to organize and to rebel. And many minors came up with their throats slit.”

For the director, there was also all this implicit story to take into account through Catherine, to explain how this luminous character could have passed between the drops before Chaval. “There is of course the omnipotence of her father, the Maheu, but also in a certain way, the stranglehold of her aggressor over her which protects her from others.”

What Catherine saw with Chaval, Maheude had to live it too

On the set of the series earlier in January, the director also told us that one scene in particular had been particularly rich in emotions for many extras: that of the revolt of the women of the settlement against Maigrat, the grocer, taking advantage of its status and their misery to abuse them.

“The day we shot it, David couldn’t make himself heard saying “cut!”“Carole Della Valle reports.”The women were going wild, and did not even hear his indications, they were screaming so much.“

“There was a very particular energy at that precise moment, and to reassure the actor who played Maigrat (Simon Ferrante), I put in place myself by putting myself in his place. And quite honestly, even I was not at ease“confides the director, to the point that the team decides to put stunt girls around the actor as a precaution so that he is not injured.

“When we explained the context to them, the different people who were to participate in this sequence and who passed the casting almost all came out of their test having cried. On the set, one of them looked at me and said “just a moment, I’m connecting to my own Maigrat”. And it was unfortunately far from an exception across the cast.“