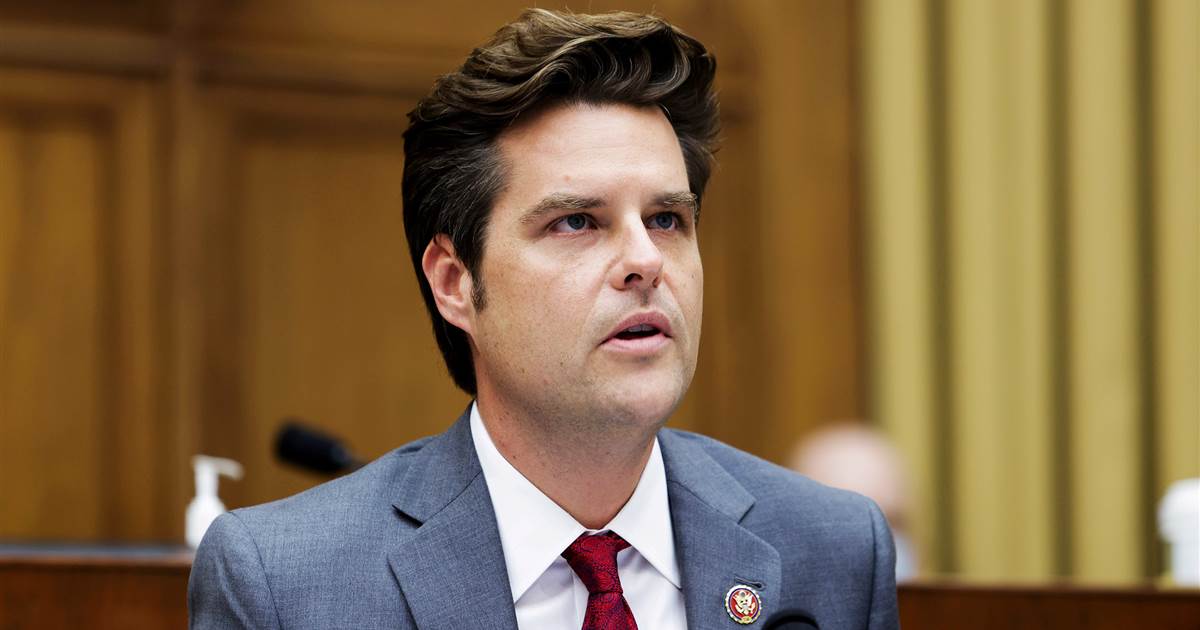 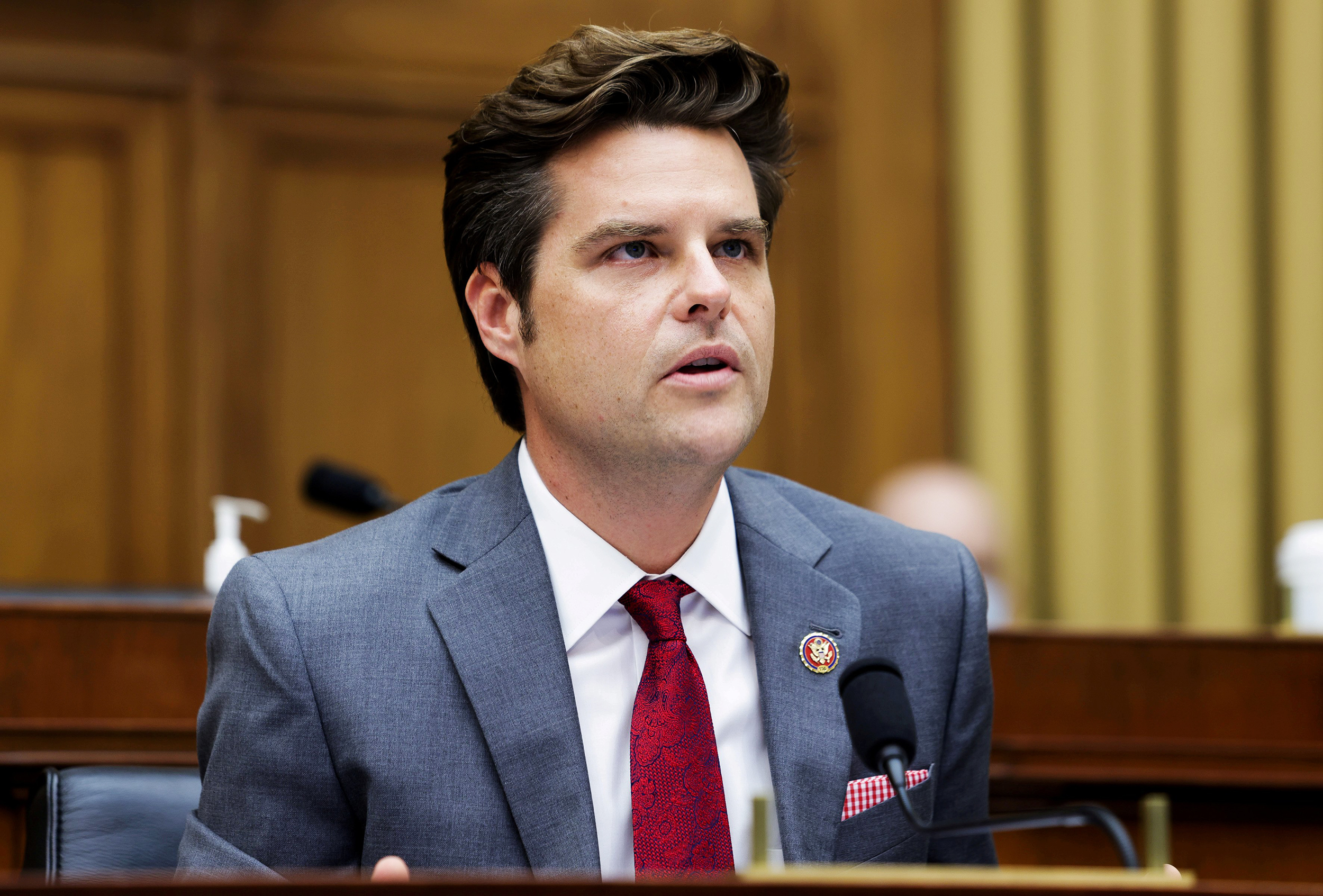 A sex trafficking probe into Rep. Matt Gaetz, R-Fla., began with an investigation into an associate of his who’s awaiting trial on trafficking, stalking and identity fraud charges.

The associate, Joel Micah Greenberg — whom Gaetz once suggested should run for Congress in their home state of Florida — was hit with additional charges Wednesday stemming from his three years as an elected county tax official.

A call to Greenberg’s attorney has not been returned. Greenberg has pleaded not guilty to the trafficking, stalking and identity fraud charges, and is scheduled to be arraigned on the wire fraud and money laundering charges next week.

Gaetz denied any wrongdoing in a statement on Tuesday night and again during an interview with Fox News. “No part of the allegations against me are true,” he said.

Greenberg and Gaetz, both Republicans, were elected to their jobs in 2016. The extent of their relationship is unclear. The Orlando Sentinel said Greenberg had described Gaetz to former employees as a close friend who would often visit his house.

Gaetz posted a picture of himself on Facebook at dinner with Greenberg and former Trump adviser Roger Stone in 2017, and referred to Greenberg as a “2nd Amendment champion.”

Gaetz donated $1,000 to Greenberg’s re-election effort in June of last year, and said in 2017 that he’d be a great candidate for Congress because he’d taken the tax collector’s office “by storm.”

Greenberg’s tenure was turbulent. There were calls for him to resign from his $150,000-a-year post in 2018 after a derogatory tweet about Muslims, and a Muslim employee later settled a discrimination suit against him.

He was accused of misusing his authority by pulling over a woman for speeding and flashing his tax collector badge as if he were a police officer in December of 2017. Prosecutors said he did not break any laws in the incident, but described his actions as inappropriate.

A month after that incident, he tried unsuccessfully to use his position to get out of a speeding ticket himself in an exchange that was captured by a police body camera.

He also authorized some of his staffers to carry guns — a directive that was later overruled by then-state Attorney General Pam Bondi.

A 2019 Orlando Sentinel investigation showed his office had doled out over $3 million in contracts to business partners, associates, family friends and at least a half-dozen people who had attended his wedding. An audit later showed he’d misspent over $5 million in taxpayer money during his three years in office, including $384,000 on body armor, weapons, ammunition, and a drone with thermal imaging capabilities, according to Spectrum News 13. He also created a security force that was later dissolved, the audit said.

He made headlines again in April of last year, when he used Twitter to urge people to rebel against pandemic-related restrictions. “Time to disobey the orders,” he wrote. He said a month later that he’d contracted the virus.

He resigned in June of last year after he was arrested for allegedly using phony identities to smear a teacher who was challenging his re-election bid.

Greenberg “caused a Twitter account to be set up using the name and photograph of the school employee,” and then “caused postings to be made using that account that represented that the school employee was a segregationist and in favor of white supremacy,” prosecutors said in court filings.

He also posed online as teacher and a student at the school where the person worked to accuse him of having engaged in “sexual misconduct with a student,” and sent letters in to the school as well, prosecutors said.

When he was arrested, investigators said they found several fake IDs that he’d created using his job’s access to the state motor vehicle database. Prosecutors said the married father of two also used the database to look up information on women he was “involved in ‘sugar daddy’ relationships with.”

Greenberg also used that information to produce phony driver’s licenses for himself and a girl who was over 14 but under 18. Prosecutors say that’s the girl he “did knowingly … recruit, entice, obtain, maintain, patronize and solicit” between May 2017 to November 2017. His attorney at time, Vincent Citro, told the Sentinel, “We absolutely deny the allegations.”

The new charges unsealed Wednesday include allegations that he embezzled over $400,000 from the Tax Collector’s office “to benefit himself personally.”

The indictment also charges that Greenberg used funds from the office to buy personal items for himself, including “autographed Michael Jordan and Kobe Bryant memorabilia.”

Greenberg had been out on bond after his arrest, but was ordered locked up on March 3, for violating the terms of his curfew, court records show. The Sentinel reported he’d driven to his mother-in-law’s condo looking for his wife. A call to Greenberg’s attorney was not returned.

Greenberg has pleaded not guilty to the previous indictments and is currently scheduled to stand trial in federal court in Orlando in June. He is scheduled to be arraigned on the additional charges on April 9.