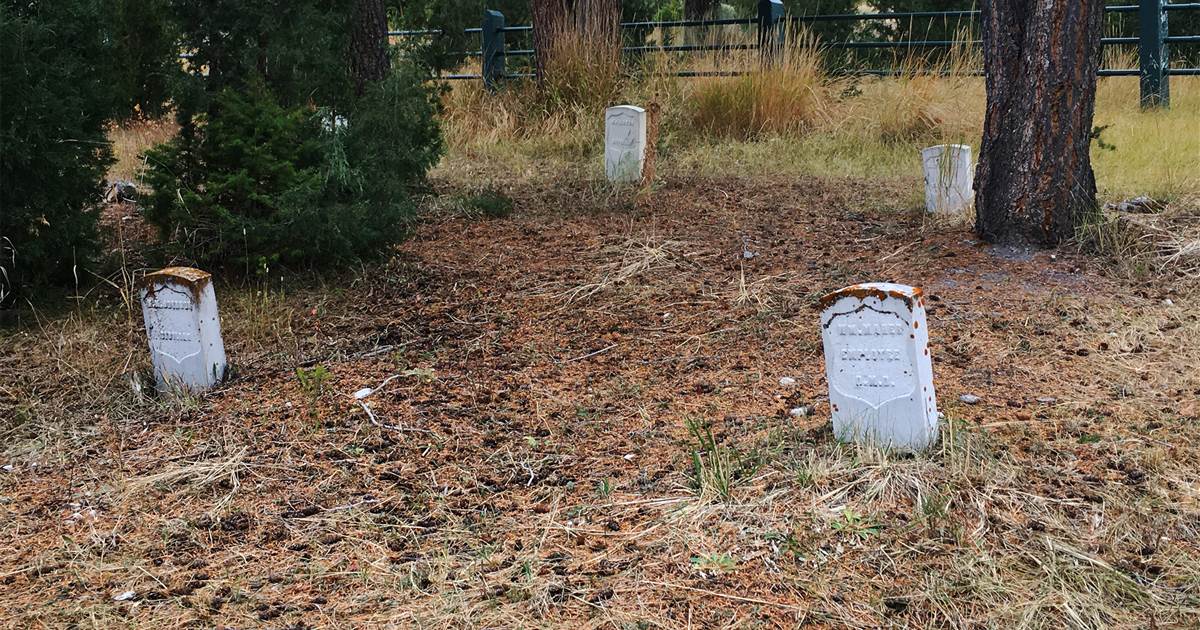 A treasure hunter who illegally dug in Yellowstone National Park while searching for a hidden chest was sentenced Wednesday to six months in prison, officials said.

Rodrick Dow Craythorn did not find the Forrest Fenn treasure, named after the New Mexico art dealer who hid the chest rumored to be worth millions around a decade ago and left clues about its whereabouts in a poem.

The 52-year-old Utah man damaged Fort Yellowstone’s cemetery, including to a historic grave, the U.S. Attorney’s Office for the District of Wyoming said.

Craythorn was sentenced to six months in prison, six months of home confinement and ordered to pay $31,566 in restitution, the office said.

He pleaded guilty in January to excavating or trafficking in archeological resources and injury or depredation to United States property.

Through his attorney, Craythorn apologized to the National Park Service and the people of the United States. He is scheduled to surrender in May to begin his sentence.

“To the National Park Service, the people of the United States and my family, I am truly sorry. I was motivated by the thrill of possibly finding a treasure, and my obsession clouded my judgment,” Craythorn said in the statement.

“After my time in prison, I intend to make full restitution. I can only hope that my case will serve as a reminder to people that we should respect National Parks and the laws that were enacted to protect them,” he said.

The search for the Forrest Fenn treasure captivated thousands. Fenn hid the chest of gold and jewels sometime between 2009 and 2010, and he left searchers nine clues in a poem in his book, “The Thrill of the Chase.”

The treasure was discovered in June in Wyoming but the person who found it, identified as a medical student from Michigan, did not say exactly where. Fenn died in September.

Craythorn dug in the cemetery of the Fort Yellowstone National Historic Landmark between October 2019 and May 24, 2020, according to an indictment.

“A national park is no place to stage an adult treasure hunt motivated by greed,” Bob Murray, acting U.S. attorney for Wyoming, said in a statement. “The harmful actions of Mr. Craythorn, no matter the reason or intent, destroyed valuable archaeological resources that cannot be undone.”

Fort Yellowstone was built in the park after the Army was sent in following poaching, souvenir hunting and other damaging acts after the national park was established by Congress in 1872, according to the park service.

The Army stayed at the park until 1918 when duties were turned over to the National Park Service, which was established by Congress two years before.

At least 54 people, mostly civilians who worked for the Army or families of military personnel, were buried at that cemetery between 1888 and 1916.

Sarah Davis, chief ranger for Yellowstone National Park, called the violation “highly egregious” and said Craythorn’s sentence “sends a clear message that these types of transgressions will be aggressively investigated and prosecuted.”

Before the Forrest Fenn treasure was found, several people died while looking for it. In 2017, the chief of the New Mexico state police discouraged people from hunting for it, citing the dangers involved.