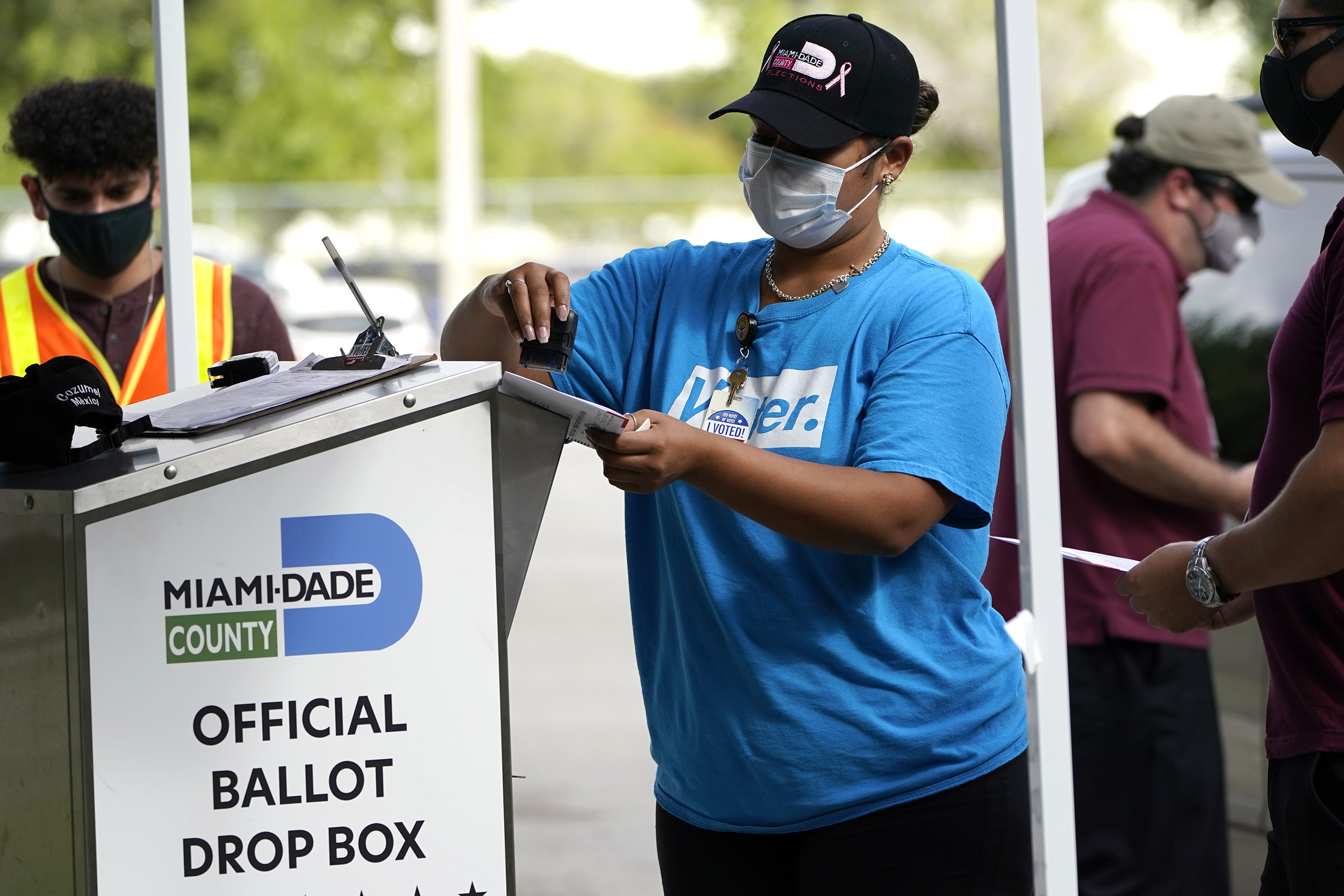 Both the state House and the state Senate passed the bills into law Thursday after weeks of negotiations between Republicans in both bodies. Now the bill is poised to be signed into law by Gov. Ron DeSantis, R-Fla., who has already blessed efforts to enact new restrictions along these lines.

The new legislation makes a slew of changes to the state’s election laws.

While an earlier proposal banned the use of ballot drop boxes outright, the current legislation allows their use as long as election officials follow new constraints — limitations on who can drop off a voter’s ballot at a drop box, a ban on moving drop box locations within 30 days of an election, restrictions on where drop boxes can be placed, and a requirement that they all must be monitored by an elections official whenever they’re open.

Democrats say that measure is targeted at local officials looking to run in a special election to replace the late Rep. Alcee Hastings, D-Fla., whose death left an opening in the Democrat-heavy Miami area. State Sen. Audrey Gibson, D-Fla., called the measure an “attempt to create a monarchy” by giving the governor more power.

Republicans softened language that would have prohibited handing out any item to a voter within 150 feet of a polling place, including food and water, unless that person is an elections official.

The legislation now bans anyone from “engaging in any activity with the intent to influence or effect of influencing a voter,” but allows election supervisors to provide “non-partisan assistance” like giving items to voters within that restricted zone.

During the contentious state House debate on Wednesday, Democrats blasted the bill as aimed at restricting minority voters and Democrats, who relied on vote-by-mail and drop boxes in significant numbers during the 2020 presidential election. And they called the measures the fruit of former President Donald Trump’s unfounded claims of widespread electoral fraud, arguing it was aimed at curbing strong Democratic vote-by-mail turnout.

“We are not here because we have a problem with our elections, we are here because the Republican former president lost his re-election in November and rather than admitting his defeat, he spun a web of lies, radicalized those lies, in an attempt to explain away the loss,” said Democratic state Rep. Omari Hardy.

“This bill is the revival of Jim Crow in this state whether the sponsors admit it or not,” Hardy said.

Democrats offered a slew of amendments aimed at watering down some of the new restrictions, including removing the identification requirements, expanding who can return someone’s ballot to a drop box and allowing for drop boxes to be monitored by camera instead of a staff member. All of the Democratic amendments failed.

Republicans blistered at the accusations that they were cutting access, arguing that the state already provides robust avenues for voting and the measures were meant to protect voters from potential fraud, even as they admitted the 2020 election went smoothly in the state.

“I take some issue with the fact that we’re trying to somehow restrict the vote. There are more ways to vote in Florida and a longer opportunity than just about any state in the nation,” said Republican state Rep. Ralph Massullo.

“Fraud will be reduced as much as we can possibly do it with the work we’re doing today,” he said.

The legislation is one of many being introduced in Republican-led legislatures across the country in the wake of Trump’s lies about widespread voter fraud. Democrats in the state repeatedly compared the measure to legislation that passed into law earlier this year in Georgia, which prompted significant pushback from outside groups that led to a handful of prominent corporations ultimately condemning the legislation or pulling business from the state.

But unlike in Georgia, top Florida businesses have largely remained quiet on the issue despite urging from voting-rights activists.

Voting rights groups panned the bill’s passage in a slew of statements shortly after the House vote.

“S.B. 90 is a blatant violation of Floridians’ freedom to vote and represents a direct backlash to last year’s record-breaking turnout,” said Brad Ashwell, the director of the Florida branch of All Voting is Local. “By erecting onerous barriers to request and return a vote-by-mail ballot, this legislature has made voting a test of stamina and resources rather than a statement of civic responsibility.”

Ben Kamisar is a political writer for NBC News.

3 bodies and man who dumped them at New Mexico hospital tied to Aryan Brotherhood, FBI says

The Guardian view on declining birthrates: there may be trouble ahead | Editorial