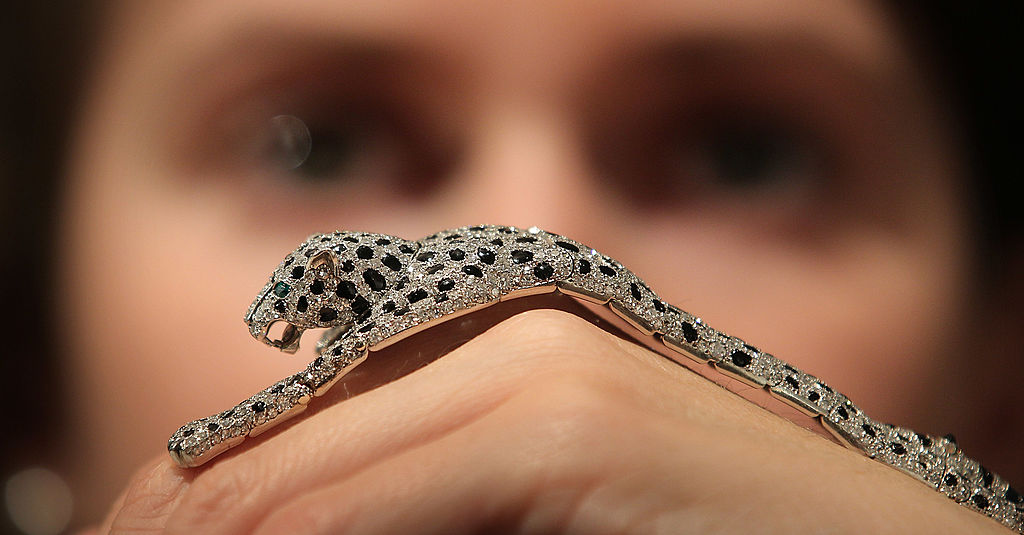 Marilyn Monroe once sang that “diamonds are a girl’s best friend,” in the film “Gentlemen Prefer Blondes,” and if the measure of their value is strictly monetary, that famous line is probably true.

But there are other important measures of precious gemstones, too, like who wore them, that have a big impact on their value, even though it should be clarity, purity, colour and other concrete measures that matter more.

Throughout the ages, there have been certain jewels that have been as famous for who owned them as their intrinsic qualities, like those features cited above.

For example, think of the Hope Diamond that Richard Burton bought for Elizabeth Taylor. Their love story, it is fair to say, probably earned the stone its fame every bit as much as its beauty and price tag did.

There are five famous stones that have earned a place on the “most famous” list, in addition to the Taylor-Burton diamond. They are: The jewels owned by Wallis Simpson. Technically this refers to a jewel collection rather than a sole piece, because her husband, the Duke of Windsor, seemed incapable of reining in his habit of spoiling his wife with fine jewelry. But one of her most famous pieces is the Panther bracelet, which was made from onyx, diamonds, yellow gold and emeralds.

Rumours swirled that the former king had a habit of not paying his hefty tabs with jewellers, but that they said little because, after all, they were designing pieces for two world famous people, he a former kind of England. Speaking of royalty and jewels, there is a famous diamond necklace of many strands that King Louise the VX had made not for his wife, Marie Antoinette, but rather his mistress, Madame du Barry. However, the king died of smallpox before the necklace was finished in 1772, and his mistress refused to pay for it, as did his wife. It was eventually taken apart and sold off in smaller pieces. The Sancy diamond was also owned by the aristocracy, the Duke of Burgundy, known as Charles the Bold, who lived in the 15th century. Although extremely valuable, the diamond was thought to have a hex on it, as Charles died prematurely while the stone was with him, and so did two subsequent owners. May 1931 — Portrait of Miss Barbara Hutton, Woolworth Heiress. Picture taken in May, 1931 before Miss Hutton was presents to the king and Queen of England by Mrs. Charles G. Dawes, wife of the then American Ambassador at London. — Image by © Bettmann/CORBIS

The Hutton-Midvani necklace is another example of a piece of jewelry becoming more famous because of its owner, in this case Barbara Hutton, famous as America’s “poor little rich girl” because she managed to spend almost a $1 billion (USD) inheritance during her life with seven different husbands.

The necklace was a gift from her father on the occasion of her first marriage, and was made with 27 jadeite beads from the Qing Imperial Court in China. When the piece was auctioned in 2014, it sold for more than $27 million (USD). The Graff ruby is another extraordinary jewel, a Burmese ruby that, in 2006, sold for $3.6 million (USD) the most ever paid for a gem with colour. Until then, stones like rubies and emeralds were not valued as highly by jewellers and collectors as diamonds, but the Graff ruby proved that coloured gemstones were just as worthy as other priceless gems.

These incredible – and incredibly valuable – pieces of jewelry demonstrate that, throughout history, people have spent small fortunes on necklaces, rings, bracelets and other one of a kind jewels.

Another Article From Us: 6,500 Medieval Coins and Gold Rings Found in a Field

Usually it’s men who buy them and women who wear them, but no matter the circumstances, purchaser or collector, jewels have turned heads and opened wallets for centuries now. And some of them have even developed legends of their own to go along with their hefty price tags.