Final Fantasy VII Will Be Getting Two New Mobile Games 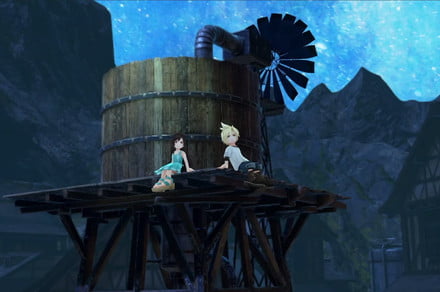 The announcement comes following the reveal of Final Fantasy VII Remake Intergrade, the new PS5-enhanced version of 2020’s hit RPG. Square Enix took to Twitter after the reveal to share trailers for both of its new mobile games. Both The First Solider and Ever Crisis were recently trademarked by the company, prompting speculation that a proper sequel was coming.

Here&#39;s @FinalFantasy VII The First Soldier – a battle royale game set in Midgar before the events of FFVII. As a SOLDIER candidate, make full use of your abilities in a battle for your survival. pic.twitter.com/EUe3kfonMr

Final Fantasy VII The First Solider is the more shocking announcement of the two. The game is a multiplayer title in the battle royale genre set 30 years before the events of Final Fantasy VII. Like Fortnite, the game follows an elimination format, with players trying to defeat one another to become “the first soldier.” The trailer shows players battling each other using spells and summons. The game will launch on iOS and Android sometime in 2021.

It&#39;s a chapter-structured single player game covering the whole of the FFVII timeline – including the events of the original game and the FFVII compilation titles. pic.twitter.com/jFJVslYks0

Final Fantasy VII Ever Crisis is a single-player game that acts as a complete chronology of the Final Fantasy VII story. The compilation features the original game, plus Before Crisis, Crisis Core, Dirge of Cerberus, and the animated film Advent Children. The game will feature an episode structure that takes players through an organized timeline of events. Final Fantasy VII itself features new graphics, making it a sort of second remake of the game. It’s schedule to launch on iOS and Android in 2022.

Bros and the modern LGBTQ+ rom-com