Films and series to watch on CANAL + in April: Hippocrate S2, Judas and the Black Messiah, Spider-Man… 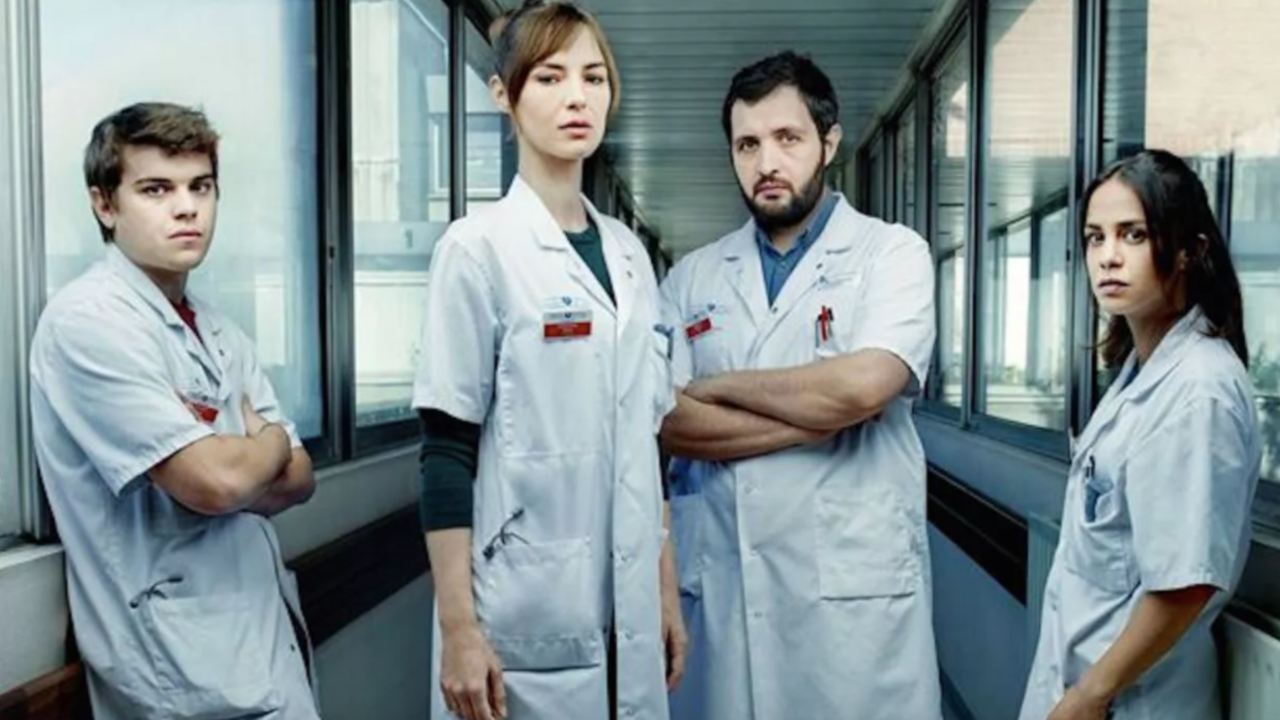 In April, CANAL + novelties don’t just happen overnight! The return of Hippocrates, new broadcasts of Judas and the black Messiah, Let Them All Talk or Spider-Man: Far From Home, the new A Teacher series… Here are the releases!

Find all these films and series on myCANAL.

Arriving in 2018 on our screens, Hippocrates was quick to attract praise from the press and the public. Created by the former doctor Thomas Lilti who, after the making of the film of the same name with Vincent Lacoste and Reda Kateb, decided to adapt it in series, this acclaimed Original Creation returns this year in an unmissable second season. We find Chloé (Louise Bourgoin), Alyson (Alice Belaïdi), Hugo (Zacharie Chasseriaud) and Arben (Karim Leklou) propelled into an emergency department headed by Olivier Brun (Bouli Lanners). A new face for the series, just like the endearing Igor Jurozak played by Théo Navarro-Mussy. From Monday April 5, lives will change, and not just those of patients, for 4 weeks on CANAL +!

This April’s first CANAL + PREMIERE before the airing of Way Down, La Grande Traversée – Let Them All Talk is the brand new film by Steven Soderbergh. Marking her second collaboration with Meryl Streep, this dramatic comedy transforms the unmissable actress into a successful writer who goes on a cruise. Accompanied by her friends Roberta and Susan (Candice Bergen and Dianne Wiest), her agent Karen (Gemma Chan) and her nephew Tyler (Lucas Hedges), she will do everything to take advantage of the present and come to terms with her past… Ready to embark?

Presented at Sundance Festival 2021, Judas and the Black Messiah is one of the big favorites in the race for the Oscars 2021, since cited 6 times and in 5 different categories. Worn by Lakeith Stanfield and Daniel Kaluuya (crowned the 2021 Golden Globe for Best Supporting Actor for his performance), the film plunges us into the heart of the Black Panther Party, in Chicago at the end of the 60s. After a pact made with the FBI, the petty criminal William O’Neal must infiltrate this movement to get closer to its leader, Fred Hampton… A true and striking story.

In the summer of 2020, the most famous of the detective dogs invited all his fans to the cinema, to discover his origin story. Very first animated feature film dedicated to Hanna-Barbera’s hero, Scooby! lifts the veil on how the gluttonous Great Dane became Sammy’s best friend, and on the birth of the Mystère et Cie team with Véra, Fred and Daphné!

The second MCU film devoted to Spider-Man, Spider-Man: Far From Home takes young Peter Parker (Tom Holland) on a journey through Europe. And if he relied on these school holidays to get closer to MJ (Zendaya), the superhero will have to face mysterious creatures that ravage the entire continent. The opportunity to meet a certain Quentin Beck (Jake Gyllenhaal) …

Directed by Anthony Marciano (Les Gamins), Play retraces 20 years in the life of Max (Max Boublil) and his best friends. The story begins in 1993, when he was offered a camcorder for his 13th birthday. Evenings, historical events, weddings, but also disputes, deaths, accidents: all the great moments of his existence follow one another and thus echo ours!

Director Hannah Fidell has adapted her film A Teacher, released in 2013, into a 10-episode miniseries. Kate Mara plays a teacher recently arrived at a new school in Texas. There, his life is turned upside down by his meeting with Eric, a student in his class. A forbidden relationship which could well have very serious repercussions …

ONCE UPON A TIME… IN HOLLYWOOD – Friday April 23

Tenth and last film by Quentin Tarantino, Once upon a time… in Hollywood marks the meeting between Brad Pitt and Leonardo DiCaprio, in the respective roles of Cliff Booth and Rick Dalton, the first playing the stunt double of the second. All in the Hollywood of the late 70s, between a declining industry, the birth of new stars and the threatening shadow of a certain Charles Manson. A Tarantinesque uchronia and already cult!

ALL OTHER RELEASES FOR THE MONTH OF APRIL ON myCANAL:

Citizens of the world

Only an impure blood…

Raoul Taburin has a secret

Yalda, the night of forgiveness

Rocks
Do you have Pécho?

Final Heist – Way Down
My Ninja and I

Lost in space, it’s over! How does the Netflix series end?