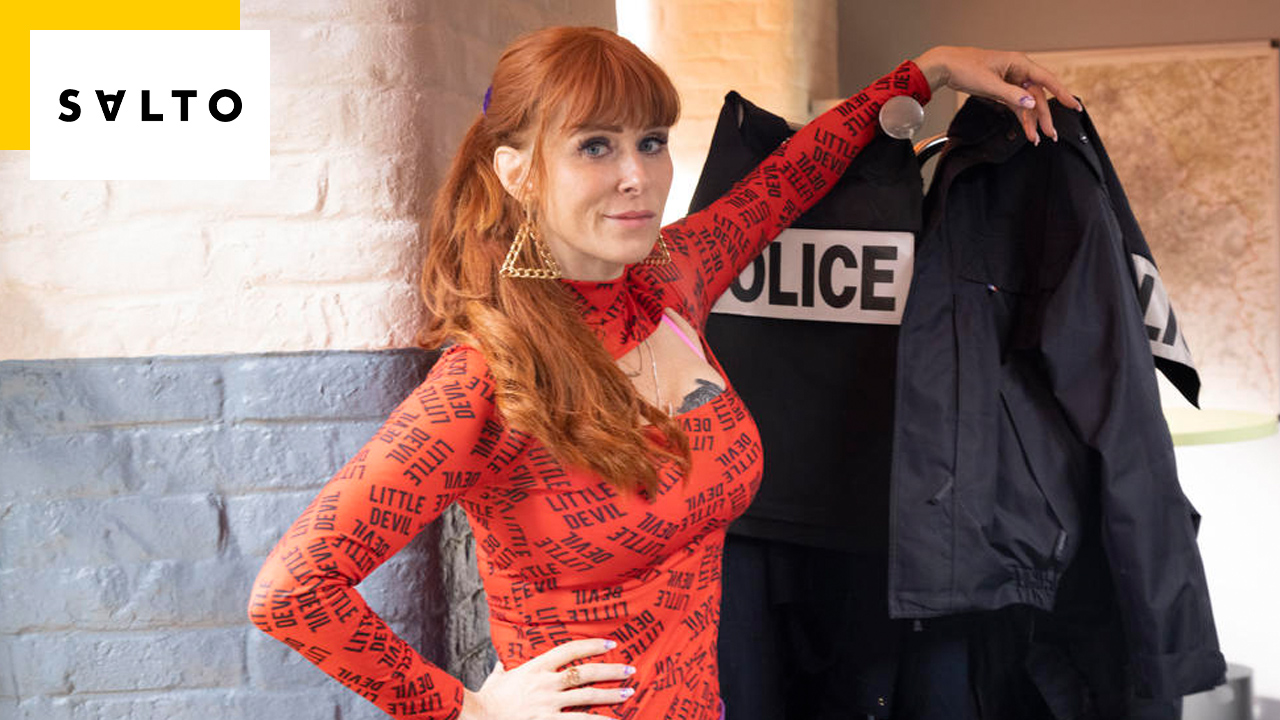 Between seasons 2 of “HPI” and “Charmed”, the entirety of “Vampire Diaries” and the “Very Bad Trip” trilogy, the program for the month of May promises to be busy on Salto.

Morgane Alvaro is back in service! With her uncontrollable genius and her improbable look, Morgane has not finished shaking up Commander Karadec’s procedures… but also boosting criminal investigations, whether in the mall where she does her shopping, a farm, a court seating or a strip club… Together, the duo will face high-level enigmas.

The last two episodes of the series will be released during the month of May on Salto.

After celebrating her birthday at her house surrounded by her family and friends, Maggie learns that Macy wants to leave after finding a new job. As they prepare to start a new discussion about their new role with Mel, a strange creature enters the mansion and attacks the three sisters.

This creature manages to destroy the Book Of Shadows and scare the sisters into the world of the Elders. They must take the lead in order to protect the magical community from the coming war.

In the summer of 1975, the Delisles and the Paquettes have three weeks to regain control of their criminal empire left behind during the school year. Huguette Delisle is now the new boss of Saint-Foy.

Ready to regain her tiger’s eye, she intends to give her organization a resolutely feminist approach in this International Women’s Year. Of course, nothing will go as planned…

In 1906, 14-year-old Theodosia Throckmorton was the daughter of two archaeologists digging in the Valley of the Kings. Intrepid and curious, Theo is also passionate about ancient Egypt.

When with her brother Henry she discovers a hidden tomb housing the “Eye of Horus”, a mysterious artifact, Theodosia discovers that she is endowed with magical powers! A whole new world, as mysterious as it is dangerous, opens up to them.

It is the story of life in the dystopia of Gilead, a totalitarian society in what was once part of the United States. Faced with environmental disaster and a plummeting birth rate, Gilead is ruled by a twisted fundamentalist regime that treats women like state property.

One of the few remaining fertile women, Offred is a servant in the Commander’s household and one of the female castes forced into sexual servitude in a last desperate attempt to repopulate a devastated world.

MAY 6: Vampire Diaries – season 1 to 8 Drama/Fantasy/Romance

Elena Gilbert, a beautiful and popular teenager, studies at Mystic Falls High School in Virginia. During the start of the school year, she meets Stefan Salvatore and immediately falls in love with this mysterious newcomer.

She then meets her evil older brother, Damon. It won’t take long for the young woman to discover their secret: they are vampires… What do they have in store for her?

MAY 6: The Cannes Festival collection