Films and series to see on Disney+ in April 2022: Avengers Endgame excluded, The King… 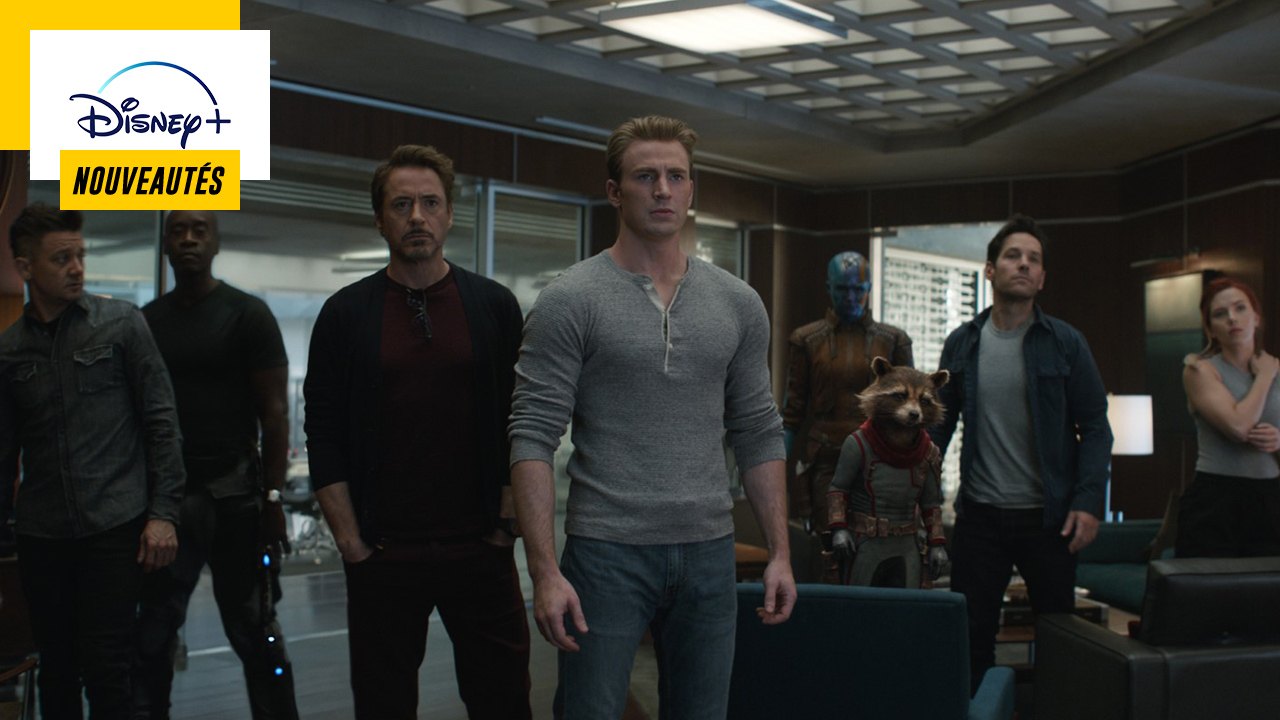 Two years after its launch in France, Disney+ continues to delight its subscribers with highly anticipated new features. In April, find streaming Avengers: Endgame, the live action The Lion King and the new original series The Dropout!

The 2nd biggest hit of all time at the global box office, the blockbuster Avengers: Endgame is finally coming to streaming. Almost three years after making the event when it was released in theaters, Disney+ invites you to (re)discover Joe and Anthony Russo’s film which brings together the many Marvel superheroes.

In this opus which follows Avengers: Infinity War, Iron Man, Captain America, Thor, Black Widow, Bruce Banner, Clint Barton and all the heroes who survived the snap of Thanos’ fingers will try to find a solution to save the half of humanity disappeared.

The penultimate film of the 3rd phase of the MCU, Avengers: Endgame offers an epic and spectacular conclusion to watch or watch again without moderation on Disney+! To wait until it goes live, Marvel fans can devour a new episode of the original Moon Knight series starting Wednesday, April 6.

Also in the top 10 of cinema’s biggest hits, the live-action version of the great classic The Lion King won over viewers when it was released in theaters in the summer of 2019. Twenty-five years after the animated film, Jon Favreau (The Mandalorian) in turn stages the mythical story of Simba, future king of the Land of Lions.

This story, which rocked the childhood of many spectators, comes to life here in live action in breathtaking settings. In the original version, the feature film counts on the vocal participation of Beyoncé, Donald Glover, Chiwetel Ejiofor or even Seth Rogen. In French, viewers will recognize the voices of Jean Reno (who once again dubbed Mufasa as in 1994), Rayane Bensetti, Anne Sila and Jamel Debbouze.

To music by Hans Zimmer, with some of Elton John’s unmissable hits, travel to the heart of the African savannah from April 15 in front of The Lion King.

After the success of the mini-series Dopesick with Michael Keaton, Disney+ offers its subscribers a new drama inspired by real events: the true story of entrepreneur Elizabeth Holmes, aged just 19 when she founded the company Theranos, specializing in medical diagnostic tools and blood tests.

Her excessive ambition and her totally perverted desire for fame will nevertheless lead the youngest self-made billionaire in the history of the industry to her downfall… Played on screen by Amanda Seyfried (Mamma Mia!), discover the rise and the meteoric fall of Elizabeth Holmes in this series in eight episodes.

Naveen Andrews (Lost: The Disappeared), Utkarsh Ambudkar (Ghosts), Kate Burton (Grey’s Anatomy), Stephen Fry (The Hobbit) and Michel Gill (House of Cards) also star in The Dropout. The eight episodes will be available from April 20 on the platform.

This uplifting comedy adventure from the creator of the High School Musical series follows the journey of Nate, a teenager who dreams of one thing only: to perform on Broadway. With many breathtaking musical numbers, The World of Nate brings together Aria Brooks, Joshua Bassett, Lisa Kudrow and the young Rueby Wood in the title role.

Known for his inimitable and so characteristic style, the filmmaker Tim Burton delivered in 2019 a live action version of the famous story of the irresistible elephant in the poetic feature film Dumbo. Ready to embark on a lap with Colin Farrell, Danny DeVito, Michael Keaton and Eva Green?

New original series Star, Single Drunk Female tells the story of Samantha Fink (Sofia Black D’Elia), a hardcore party girl in her twenties, who realizes after a car accident that she may have a problem with alcohol. The ten episodes of this addiction-themed comedy will be available on April 6.

Kris, Kourtney, Kim, Khloé, Kendall and Kylie return to your screens this month in the all-new Kardashian series, available weekly from April 14 on Disney+. One of the most famous families in the United States once again opens the doors of its daily life to the spectators in this program which should delight fans.

After an offbeat first season, the Dollface series returns to the platform on April 27 for a new burst of episodes devoted to Jules (the bubbly Kat Dennings) and her friends Madison (Brenda Song), Stella (Shay Mitchell) and Izzy ( Esther Povitsky)!

My piece of the pie

Do you know why I jump?

Chronicle of a scandal

Love, and other drugs

The Biggest Little Farm: The Return

The Practice – seasons 1 and 2

Find all the Disney+ news on AlloCiné.