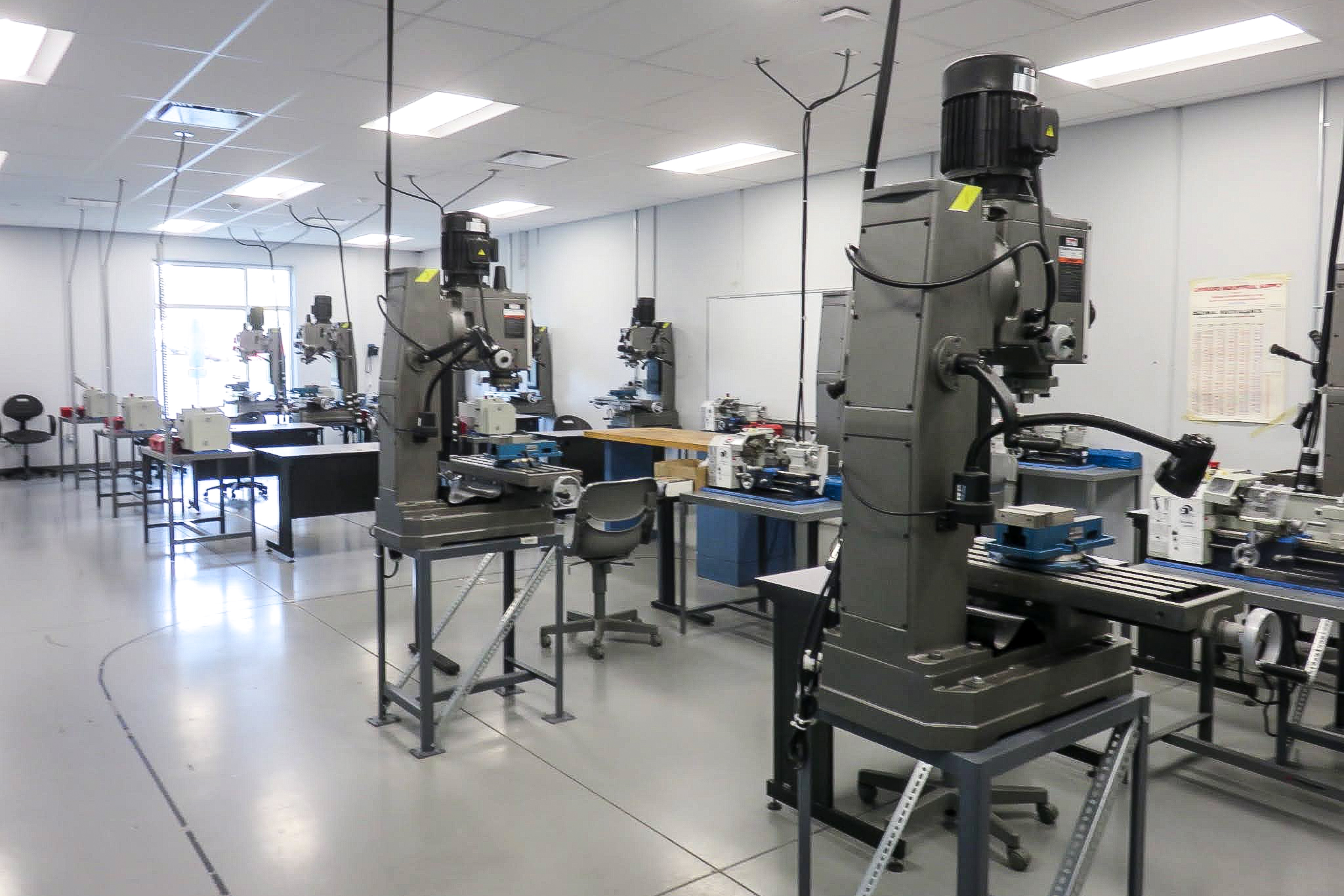 This story about community college funding was produced by The Hechinger Report, a nonprofit, independent news organization focused on inequality and innovation in education.

This year, Raritan Valley Community College in New Jersey made a move it had considered but never pulled off for lack of money. Its students, like those at most community colleges, are up against a host of life challenges, among them being able to afford food and housing. They usually need more hands-on help than those at four-year schools.

So starting in March, Raritan used part of the $25 million it had received from the Higher Education Emergency Relief Fund (HEERF), which Congress passed as part of broader pandemic aid, to hire two financial coaches and set up an eight-person call center to address the fire hose of questions pouring in from current and prospective students.

Some of the queries were straightforward: how to enroll, the price of tuition, how to register for classes. Others weren’t: I lost my job, so my income last year doesn’t reflect what I’m making this year; can you adjust my financial aid? What if I can’t pay my tuition balance right away?

Ania Gonzalez, 51, had long wanted a college degree but figured she couldn’t afford it, and in any case had had trouble navigating the paperwork. A naturalized citizen who immigrated from Costa Rica, she has a GED certificate and speaks English well, but her written and computer skills are limited.

After 20 years as a house cleaner, she’d gotten better work as a packaging operator at  manufacturing and pharmaceutical companies, but kept losing jobs because she had trouble filling out the required forms. She’d tried once to enroll at Raritan but gave up after she couldn’t figure out the application.

In May, she decided to try again. This time she was directed to Antoinette Bryant, one of the newly hired financial coaches. Bryant helped her through the application process, sitting beside her as she filled out forms. Now Gonzalez is enrolled in the school’s English as a Second Language program, after which she wants to get a health or science degree.

Colleges and universities have used much of the federal HEERF money to cover costs associated with the pandemic — such as buying more laptops and cleaning equipment, setting up hot spots for students and making up for lost tuition revenue. But Raritan and other community colleges also have invested in services they’ve always needed but couldn’t afford: nonacademic support to help students navigate the roadblocks that keep so many from getting a degree. And they’ve bought equipment and services aimed at improving academic outcomes. With the federal relief money winding down, though, school leaders wonder how they’ll keep paying for the changes, which they say are helping students stay on track.

Labor experts and employers say community college degrees are key to filling the nation’s skills gap. There were 6.9 million Americans out of work in November, with the most recent figures showing 11 million open jobs. Positions that require technical skills increased during the pandemic in fields like construction and manufacturing — jobs that community college graduates fill.

But community college students face big challenges in getting their degrees. Almost 40 percent of them earn or come from families that earn less than $20,000 a year. They average 28 years old; almost a third are the first in their families to go to college; and 15 percent are single parents. The pandemic made it harder for them to stay in school; enrollment at community colleges has fallen almost 15 percent since fall 2019.

From March 2020 to this March, Congress approved about $76 billion in aid to colleges and universities as part of three federal relief packages. Schools could use it to cover the extra costs associated with Covid-19 and were required to award almost half the total to students as emergency grants.

Raritan put a chunk of its relief money — about $250,000 — toward a new software package that helps students map their shortest pathway to a degree. The system, offered by the company EduNav, lets students and their advisers use a single dashboard to register for courses, block out times they can’t take classes, and map a semester-by-semester pathway to a degree.

Just figuring out which classes a student couldn’t take in a given semester because of work or family obligations could take an hour in the old system, said Jason Fredericks, the college’s dean of student affairs.

Without the HEERF money, there’s no way the school could have afforded the software, Raritan President Michael McDonough said.

Raritan also outfitted a dozen smart classrooms — set up with multiple screens, ceiling microphones and robotic cameras — that faculty members use to record lectures for students who can’t get to class, or to hold hybrid classes in which some students are on-site and others remote. The asynchronous classes give students a lot more flexibility and were essential after Hurricane Ida in September, when the school had to shut down because of a power cut, said Deborah Preston, provost and vice president of academic affairs.

The new money also paid for extra equipment, like lathes, milling machines and band saws, for the school’s workforce training center so students in the advanced manufacturing programs could remain socially distanced. That brought a side benefit that will last beyond the pandemic: Previously, students took turns on the machines, one observing and one working; now they get more individual time on the equipment.

Twenty-five miles northeast, another community college also used HEERF funds to lower academic barriers. Almost a third of students at New Jersey’s Union County College work full time and nearly another third part time, according to a 2020 student survey. Until recently, students who needed to use specialized software programs — like the Adobe apps for design classes, CAD for engineering, or SDSS for statistics — could do so only on campus computers, a big limitation because the facilities close at 9 or 10 p.m. So the school used $1.6 million in HEERF money to buy 1,200 five-year licenses that give students off-campus access to the software, which has been a “game changer,” said Bernard Polnariev, the college’s vice president for administrative services.

Polnariev said the college also saw students dealing with more mental health challenges than ever. So in June the school used HEERF funds to hire two social workers to help with counseling services and to connect students with area nonprofits for help with food, housing and health insurance.

“There are ways to spend relief money quickly but not have a long-term impact,” she said. “But these schools were interested in long-term investments that help students graduate.”

Polnariev pointed to his school’s largest-ever graduating class of 1,760 students and high course completion rates in 2020-21 — which stayed at nearly 80 percent through the worst of the pandemic — as evidence that its investments are working. At Raritan, it’s too soon to see results, McDonough said.

He worries that HEERF funding has temporarily masked the chronic underfunding of community colleges compared with their four-year counterparts. New Jersey’s two-year schools get about $14,000 less per student annually than its four-year institutions do, according to an October 2020 analysis from the Center for American Progress, a left-leaning Washington think tank.

“The underlying trends that are certainly pre-pandemic have not gone away, and we’re still not in many ways addressing them, ranging from enrollment, to completion, to the absolute disgrace of public funding,” McDonough said.

Palmer said several federal initiatives could change that trajectory. Among them is a proposal in the Biden administration’s Build Back Better Act to fund competitive grants to colleges and universities to offer students mentoring, case management, emergency financial grants and other support services that show evidence that they improve graduation rates.

Absent new funds, it’s not clear how Raritan will continue a few of its HEERF-powered initiatives. Schools must use the money within a year of having received it, though extensions of up to 12 months are available.

Carolyn White, Raritan’s executive director of enrollment management, said her biggest concern is whether the school can continue the call center and financial coaches. In past years, the three or four staff members in the financial aid office processed aid for 3,500 students while also responding to hundreds of incoming calls, the voicemails stacking up 500-deep. Now, calls are getting answered on the first ring, and the financial coaches help students in person as needed, as happened with Ania Gonzalez.

“We’re just hoping we can sustain these changes and not have to go back to the way we did things previously,” White said.

‘It’s a glorified backpack of tubes and turbines’: Dave Eggers on jetpacks and the enigma of solo flight | Dave Eggers

‘The clap for the NHS meant nothing’: novelist turned doctor Roopa Farooki on her frontline experience of Covid | Books

Scents and sensibility: what’s behind the rise of extreme smells? | Fragrance

‘House of Trump is crumbling’: why ex-president’s legal net is tightening | Donald Trump