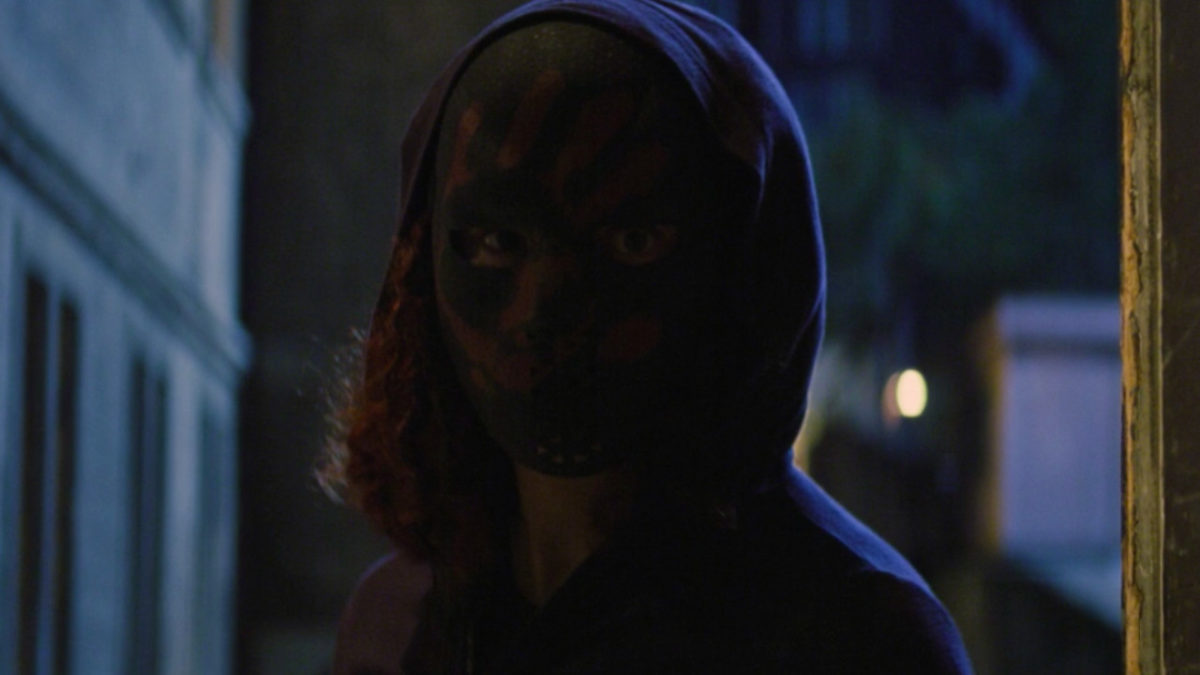 Antagonists in Falcon and the Winter Soldier, the Flag Smashers give the heroes of the Marvel Studios series available on Disney + a hard time.

Be careful, spoilers. You are advised to have seen the first three episodes of Falcon and the Winter Soldier, available on Disney +, before continuing to read this article.

The Flag Smashers are an anarchist group who want the world to return as it was during the Eclipse after Thanos’ snap in Avengers: Infinity War and Avengers: Endgame. This rebel gang believes that the disappearance of half of the world’s population was good for the Earth and that a world without borders is better.

Organized on the networks, the Flag Smashers operate mainly in Europe in Falcon and the Winter Soldier to steal supplies from the CMR to redistribute them to the most destitute and the left behind, which has earned them to be considered by some as modern-day Wood Robins.

To fight the armed forces of the various governments, the Flag Smashers have stolen doses of Super Soldier serum from Power Broker, which rules the island of Madripoor and which funded Dr. Wilfred Nagel’s research.

They are particularly angry with the World Repatriation Council, which deals more with people who have returned after five years of disappearance rather than those who have never left, according to them. The interpreter of the chef Karli Morgenthau, Erin Kellyman, explained to AlloCiné that the public “will better understand his background and his motivations in the next episodes”.

WHO IS THEIR LEADER?

Leader of the Flag Smashers, Karli Morgenthau is an anarchist who leads this group considered to be anti-patriotic. She is one of the people who did not disappear during the Eclipse and who had to survive as the world was falling apart.

With the Flag Smashers, she hopes to carry out a rebellion against the politicians but also to save those close to her, including Donya Madani, who was suffering from cancer. But the young woman fails despite her request to Dr. Wilfred Nagel, who created the new Super Soldiers serum.

I think it’s brilliant of Disney and Marvel to change Karl into Karli and make her a young woman.

In the Marvel comics, the first Flag-Smasher had for identity Karl Morgenthau and was the leader of ULTIMATUM (The Underground Liberated Totally Integrated Mobile Army To Unite Mankind), a small anarchist and anti-nationalist group. The actress Erin kellyman, who plays Karli Morgenthau, is delighted to see a female version of this character, as she told our microphone:

“I think it’s brilliant of Disney and Marvel to change Karl into Karli and make her a young woman. I did a little bit of research on the character but I didn’t want to overdo it. because Karli is obviously very different. I’m not a middle aged white man and so playing this character brings him a different experience and perspective. I preferred to understand Karli through the script rather than through it. comics”.

Erin Kellyman is best known for her role as Enfys Nest, leader of the Cloud Riders in Solo: A Star Wars Story, a performance that served her well in her preparation for Falcon and the Winter Soldier. The actress explained to AlloCiné that she had had an intense preparation:

“I guess this experience was useful even though my preparation for Star Wars didn’t even reach half of what I did for Marvel. I worked a lot more for Marvel, they made me train. in England before I flew to the States, then I had other weeks of training there too, so it was very intense. But it was so much fun, it’s a bonus of be able to participate in action scenes of this type “.

WHO ARE THEY FIGHTING AGAINST?

Their first enemy remains the various governments around the world, which have set up the World Repatriation Council. Caught up in a political battle, Flag Smashers are wanted by all armed forces around the world.

But they also need to be careful of the Power Broker threat. It is from him, a menacing antagonist who has not yet physically appeared in the series, that Karli Morgenthau and the Flag Smashers have stolen doses of serum to become Super Soldiers.

Finally, the Flag Smashers will inevitably fight Sam Wilson (Anthony Mackie) and Bucky Barnes (Sebastian Stan) but also John Walker, the new Captain America (Wyatt Russell) and his sidekick Lemar Hoskins (Clé Bennett). Finally, Zemo (Daniel Brühl), who is currently Sam and Bucky’s ally, could also be an obstacle to Karli and the Flag Smashers, unless he turns his jacket over.