Falcon and the Winter Soldier on Disney +: 12 details you shouldn’t miss in episode 3 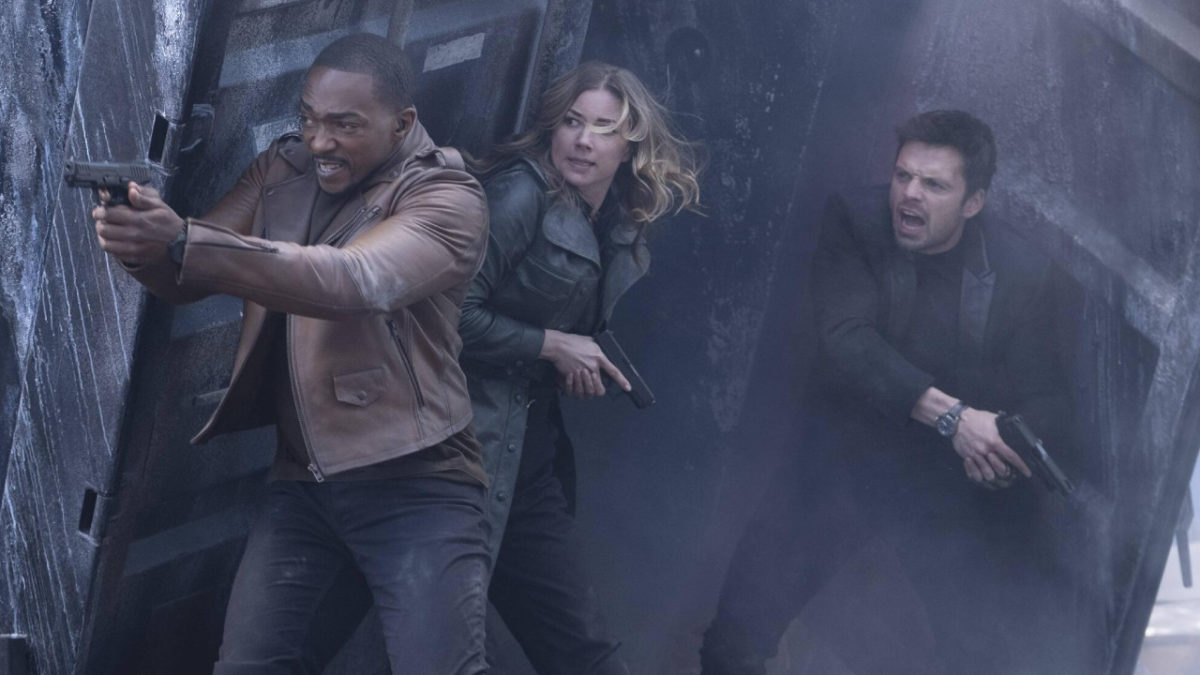 The new series from Marvel Studios on Disney +, Falcon and the Winter Soldier, is loaded with easter eggs and hidden details. Here are the references not to be missed in episode 3. Warning, spoilers.

The third episode of Falcon and the Winter Soldier, titled “Influence Trafficking,” brings back former allies and former enemies of Sam Wilson (Anthony Mackie) and Bucky Barnes (Sebastian Stan) while making some references to previous MCU films. Be careful, spoilers.

When Bucky (Sebastian stan) finds Zemo (Daniel Brühl) in prison, the latter utters some of the words in Russian (Désir, Rouillé, Seventeen, Dawn, The furnace, New, Benevolent, Return home, A freight wagon) which ‘confuse Bucky’s mind to become the Winter Soldier again, just like he did in Captain America: Civil War. Zemo wanted to test Bucky to see if he had actually changed.

Zemo’s origins were quite unclear in Captain America: Civil War but in Falcon and the Winter Soldier he presents himself for the first time as Baron. He explains that he comes from a royal family and that he can provide the necessary means for Bucky and Sam for their missions, such as a private jet, cars, weapons and something to dress up.

In the private jet, Zemo recalls his time in prison and recalls that Sam knows what he’s talking about. Indeed, Sam was imprisoned in Civil War because he aided Steve against the orders of the government who wanted them to sign the Sokovia Accords. He was incarcerated at Raft, an underwater prison that holds enhanced individuals, and was released by Steve.

We learn in this episode that the notebook used by Bucky to note the people to whom he must apologize for his crimes committed as a Winter Soldier is that of Steve Rogers (Chris Evans). In Captain America: The Winter Soldier, Steve used it to jot down references from the modern world and keep up to date, including the album “Trouble Man” by Marvin Gaye, advised by Sam Wilson (Anthony mackie).

To find the creator of the new serum to create Super Soldiers, Bucky, Sam and Zemo travel to Madripoor, an island where thugs and bandits meet. In the series, this location is controlled by Power Broker. In the Marvel comics, the Principality of Madripoor is a fictional island in Southeast Asia where Wolverine lived for a time.

To infiltrate Madripoor, Sam must take on a new identity: that of Conrad Mack aka Smiling Tiger, described by Zemo as a “seductive and sophisticated slayer”. In the Marvel comics, Smiling Tiger has powers similar to those of Captain America and Black Panther.

Power Broker is not far away

The threat of Power Broker, aka Curtiss Jackson, is still very much present in the series. It is he who controls Madripoor and who made sure that the serum of Super Soldiers is recreated. Note that Karli Morgenthau, the leader of the Flag Smashers, stole doses of serum from him. The Power Broker character has yet to be shown in the series but it won’t be long.

After illegally assisting Steve in Captain America: Civil War, Sharon Carter (Emily VanCamp) had to leave American soil and has lived in Madripoor as a criminal ever since. Outlawed, she managed to make a place for herself in Madripoor’s high society by selling stolen works of art. She goes to help Sam, Bucky and Zemo find the scientist who created the Super Soldier serum in the hope of being pardoned by the US government.

Episode 3 introduces us to Dr. Wilfred Nagel (Olli Haaskivi) who developed the new serums to create Super Soldiers and who works for Power Broker. He explains that he also worked for HYDRA and then for the CIA in order to take components of the serum in the blood of Isaiah Bradley, the Captain America Noir mistreated and hidden by the government. He also says he is superior to Abraham Erskine, who was played by Stanley Tucci in Captain America: First Avenger, since he according to him designed a serum capable of creating optimized ones. In the Marvel comics, Wilfred Nagel was among the scientists working for Project Rebirth who gave Isaiah Bradley his powers.

Zemo puts on his mask

Baron Zemo puts on his mask which he had recovered from one of the cars in his garage. He gets closer to his character in the comics, known with this purple mask.

Member of the Dora Milaje in charge of the security of King T’Challa, Ayo (Florence Kasumba) finds Bucky, “The White Wolf”, leaving kimoyo bracelet beads as clues and demands revenge. She seeks to get her hands on Zemo, responsible for the death of former King T’Chaka.