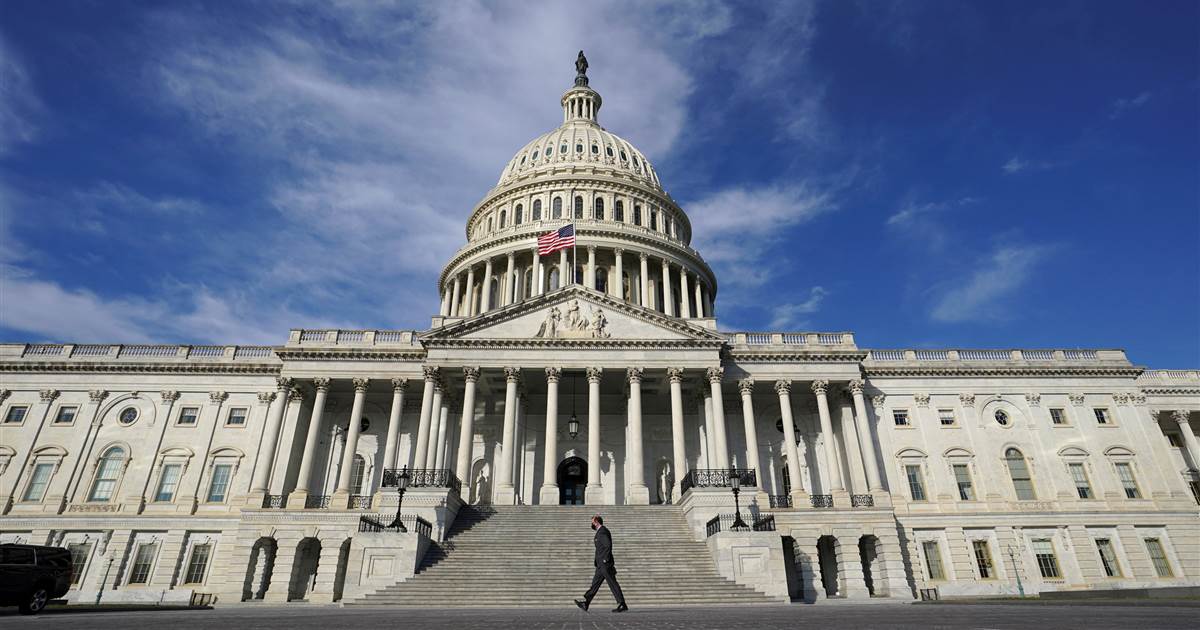 The Department of Homeland Security and the FBI sent a joint intelligence bulletin to state and local law enforcement agencies late Tuesday warning that some domestic groups have “discussed plans to take control of the U.S. Capitol and remove Democratic lawmakers on or about” this Thursday, March 4, according to a senior law enforcement official who described the document to NBC News.

The bulletin said the militia violent extremists may “exploit public gatherings either formally organized or spontaneous to engage in violence,” according to the description of the document.

It also states that domestic violent extremists have a continued “perception of election fraud and other conspiracy theories associated with the presidential transition, which may contribute to (Domestic Violent Extremists) mobilizing to violence with little or no warning.”

The law enforcement official said the bulletin makes clear that “the threat did not begin or end on January 6.”

The new warning comes as national security officials testified before two Senate committees about the law enforcement response to the Capitol assault in January.

Also Wednesday, Capitol Police said it has obtained intelligence showing a “possible plot to breach the Capitol by an identified militia group” on March 4.

“We have already made significant security upgrades to include establishing a physical structure and increasing manpower to ensure the protection of Congress, the public and our police officers,” the agency said in a statement.

Supporters of the QAnon conspiracy theory have set March 4 as the date they believe former president Donald Trump will return to office.

NBC News reported Tuesday that law enforcement agencies around Washington, D.C., were adding extra security out of concern of potential unrest. While users in online QAnon groups are looking forward to Thursday, no specific protests or events are being planned, according to an NBC analysis of the largest remaining forums.