Escape on W9: what is the TV movie worth on an escape game with Barbara Cabrita and Lannick Gautry? 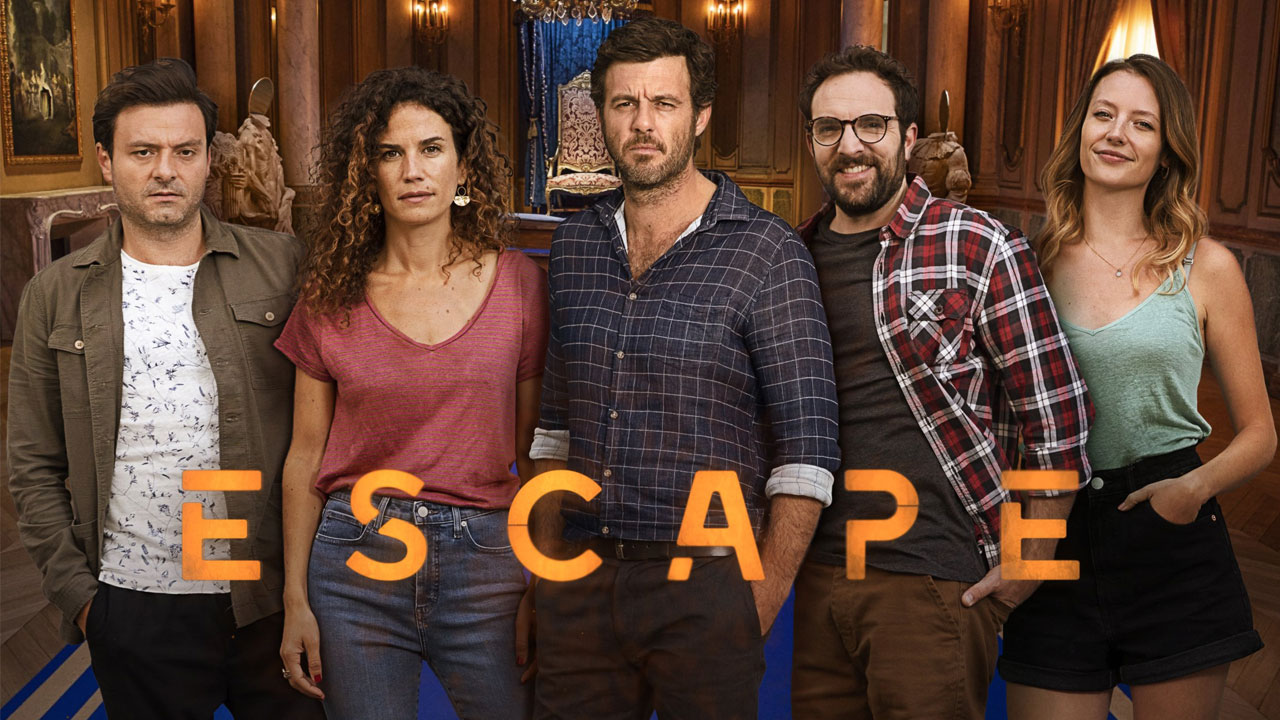 This Tuesday evening at 9:05 pm, W9 broadcasts “Escape”, its first original fiction which takes us into an escape game not so innocent as it seems, which will undermine the relations between four friends.

Vladimir, Hélène, Stéphane and Thomas have been friends since their studies. Today, Vlad and Hélène have started a family, Vlad and Steph have opened a restaurant, and Thomas is in a relationship with Céline, a waitress in this restaurant. To celebrate her husband’s 35th birthday, Hélène is organizing an Escape Game with the gang. Arrived there, they are greeted by Agnes who explains to them that the intrigue takes place in Versailles and that they have 1 hour to release a courtesan wrongly accused of a crime she has not committed. But very quickly, they realize that something is wrong. Each riddle reveals a detail or secret about their past and turns them against each other. Worse, if they don’t solve the Escape Game quickly enough, it seems their lives are in danger. One thing is certain: they are not there by chance.

Produced by Golden Network, a production company owned by M6, the plot ofEscape is based on five actors whose faces are probably not unfamiliar to you. Vladimir, the king of the evening, is played by Lannick Gautry, who rose to prominence in Our Happy Days and who was recently on Bronx on Netflix. His wife is played by Barbara Cabrita (RIS Scientific Police, Le Groupe) while Stéphane, his partner, is played by David Mora, alias Fabien in Scènes de Ménages. Finally Johann Dionnet and Astrid Roos slip into the shoes of Thomas and Céline.

What to do when a day with friends who seem pleasant, playful and fun turns into real torture? When the only way out of this hellish escape game is to reveal all of its secrets, like it or not? These are the beginnings of Escape, the first original creation specially designed for W9, which takes us into this hellish closed-door from which no member of this group of friends will emerge unscathed.

Even though the plot ofEscape does not shine by its originality, this theme of friends-enemies locked in a room who have no other choice but to tell each other their four truths having been seen over and over again in the cinema, this fiction in two episodes comes straight from even to keep us going until the last minute. The story and the twists and turns are very well constructed, and like an escape game, the clues distilled here and there sometimes lead us down bad tracks, offering us a rather surprising ending.

The dynamic between Lannick Gautry, Barbara Cabrita, David Morat and Johann Dionnet is also one of the strong points of this fiction, the 4 actors having a very good chemistry. Escape is a closed door which rests entirely on their shoulders, and it must be said that the bet is successful. When some works of this genre get lost in long, endless speeches of revelation and betrayal, the series manages to keep up. In short, this first original creation is a winning bet for W9, which could have very well, without any shame, been broadcast on a major channel, as the plot is well put together.