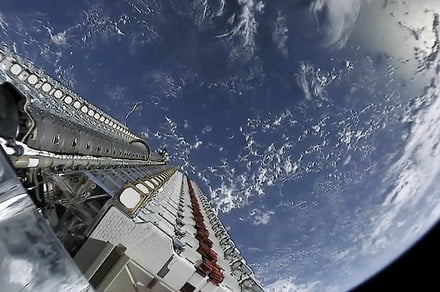 SpaceX launched its Starlink internet service in beta in October 2020.

Currently available to a limited number of customers, the broadband service is powered by more than 1,000 small satellites deployed by SpaceX in multiple rocket launches since 2019. Thousands more satellites will be deployed in the coming years as the service continues to expand.

So far more than 10,000 people in several countries around the world have been allowed to sign up for the beta service. More will be allowed to join once Starlink exits its test phase, a move that SpaceX Elon Musk revealed in a tweet this week will “probably” take place “this summer.” Exiting beta will be a major step forward for the service, paving the way for what could be a major expansion of its customer base.

In another Twitter post, the SpaceX chief said that Starlink should be in a position to offer a “fully mobile” service later this year, “so you can move it anywhere or use it on an RV or truck in motion,” adding that “a few more satellite launches [and] some key software upgrades” will be needed to make it happen.

The plan to make Starlink mobile came to light last month following the publication of a SpaceX filing with the Federal Communications Commission requesting permission to install its internet terminals in moving vehicles — not just people’s homes. At the current time cars are not included as the Starlink terminal is currently too large.

Recent reports suggested current Starlink customers are receiving speeds of around 100 megabits per second (Mbps), though this should increase to 300 Mbps later this year. Musk also said on Thursday that service uptime, bandwidth, and latency are “improving rapidly.”

Customers signing up to the beta service are required to make a one-off payment of $549 ($499 for the hardware and $50 for shipping and handling), plus $99 a month for the broadband service.

A CNBC article this week surveyed more than 50 Starlink customers across the U.S. to learn more about their Starlink experience so far.

Most customers appear happy with things like pricing, equipment, and speed, though a few had difficulties installing the equipment, for various reasons. Others raised concerns that the company might introduce data caps in the future, something which they said could cause them to ditch the service.

Overall, though, the customers in CNBC’s report speak favorably of their own Starlink experiences so far, giving Musk and his Starlink team a boost as it works to build out the service and bring in new customers.