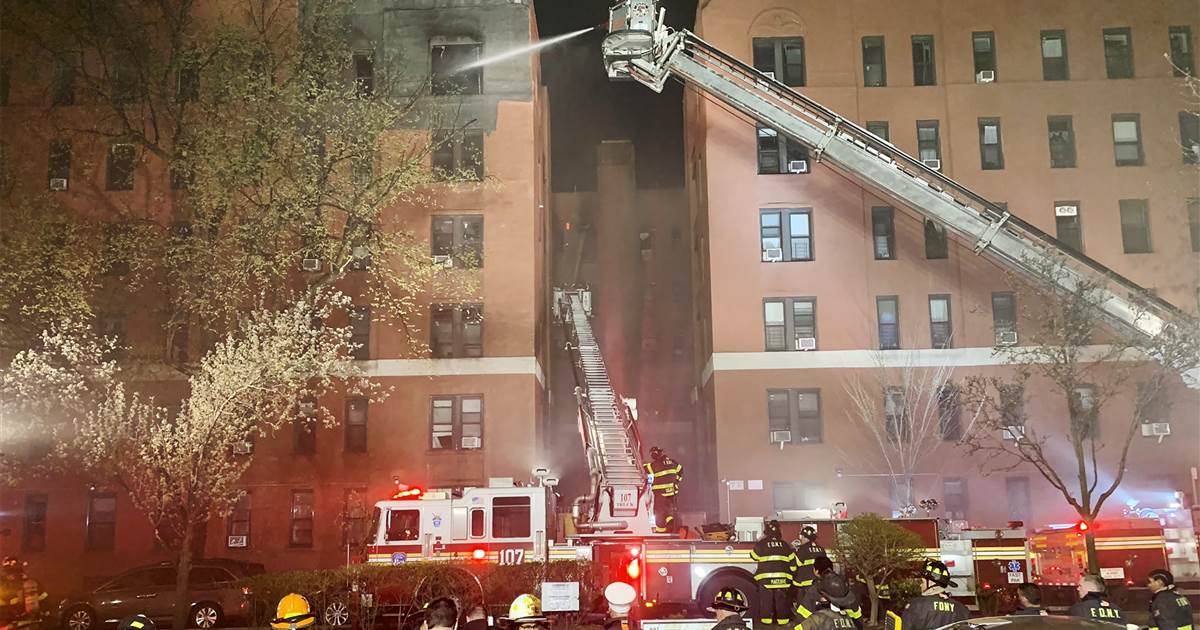 The fire in Jackson Heights, Queens, broke out around 1 p.m. and displaced dozens of families, according to the New York City Fire Department.

There have been no serious or life-threatening injuries from the eight-alarm fire, FDNY Deputy Assistant Chief Michael Gala said.

The building houses about 150 apartments, and 90 families — about 240 people — were displaced, Gala said.

The fire was reported on the top floor of the six-story apartment building, NBC New York reported.

An occupant fled the fire but left a door open, which allows the fire spread to hallways and other areas, FDNY Commissioner Daniel A. Nigro said.

“We’ve stressed over the years the seriousness of that — if you do unfortunately have a fire in your home or apartment, how important it is to close that door,” Nigro said.

There is no one reported missing, and firefighters searched the entire building, Gala said. Of the five people who were not firefighters who were hurt, four declined treatment and one person was taken to a hospital, he said.

News helicopter footage showed thick black smoke rising from the building that was visible from far away.

Around 350 firefighters and EMS personnel were on the scene Tuesday evening,

The American Red Cross for the greater New York region was on the scene and helping the displaced residents. In a tweet it put the number of displaced households due to the fire at more than 130.

“There will be many, many families who will be needing a place to stay tonight,” Nigro said, according to video from the scene.

A cause of the fire has not been determined. Fire marshals will start the investigation once they can safely get inside, Gala said.