Dune: Arrakis, Fremen, Epice … what do these words mean in Denis Villeneuve’s film? … 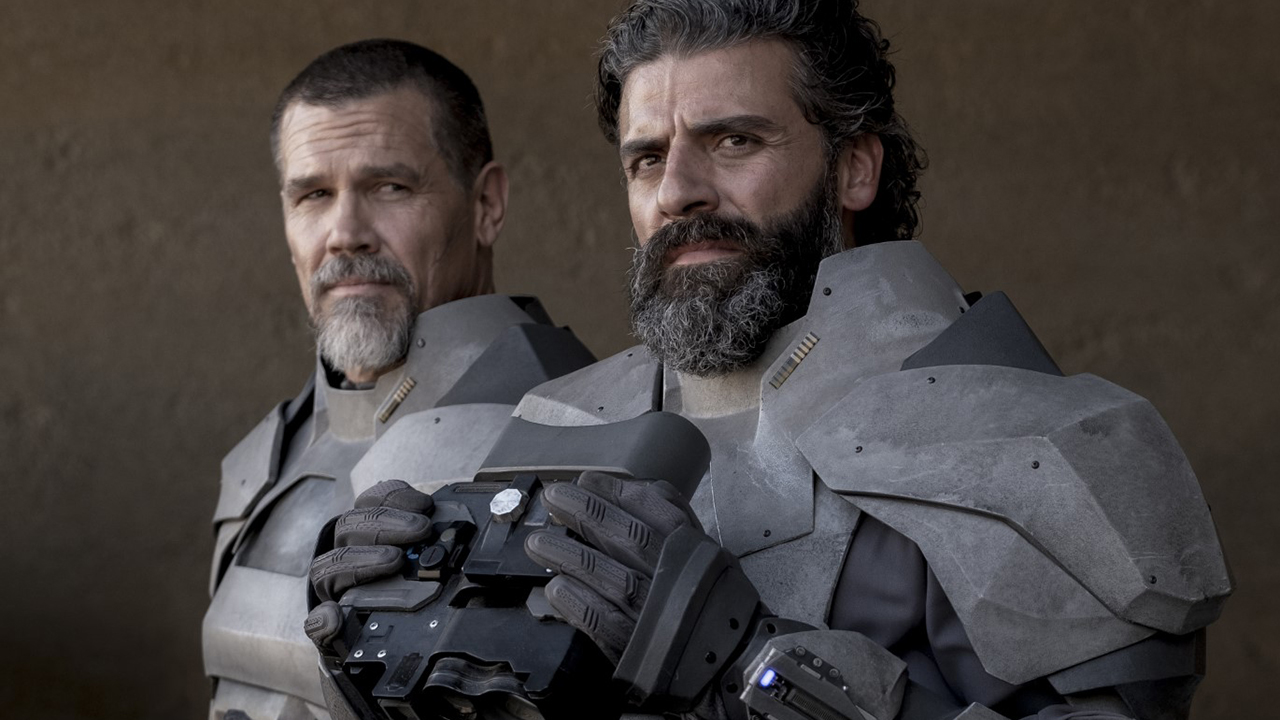 The world of Dune is so rich and abundant that it is sometimes difficult to navigate, especially with all the vocabulary specific to this universe. We offer you a small glossary of Dune words to see more clearly.

Dune, an abundant novel written by Frank Herbert, has an extremely rich universe. By adapting this mythological story, Denis Villeneuve obviously had to deal with the vocabulary specific to this universe invented by the American author.

Arrakis, Harkonnen, Bene Gesserit, Sardaukar … many words which may seem totally esoteric to the novice who discovers this work. To find your way around and shine in society, we offer you a small glossary explaining the meaning of the terms inherent in the world of Dune.

Arrakis is the planet on which the story takes place. Nicknamed Dune, it is a desert planet entirely covered with sand and rocks.

Arrakeen is quite simply the capital of the planet Arrakis.

Atreides designates the family of nobles ruling one of the Major Houses that are part of the feudal interstellar empire. This name is a reference to Atreus, father of Agamemnon and Menelaus in Greek mythology.

The Order of Bene Gesserit is an organization made up entirely of women. The latter have exercised political and religious influence for centuries within the society of the Imperium. Acting in the shadows like a Deep State, the Bene Gesserit seeks to lead humanity towards its own goals. This group, whose origins and motivations remain mysterious, train their bodies and minds drastically in an effort to gain superhuman abilities.

The shield is an essential part of the weaponry of fighters in the Dune universe. It stops any aggression whose speed exceeds nine centimeters per second. This excludes any ranged weapon (arrows, shells and grenades included) and forces fencers to hold back their blows. In Villeneuve’s adaptation, the shield is represented by a kind of force field generated by a device attached to the wrist.

In the Dune universe, Caladan is the 3rd planet in the Delta Pavonis system. It is the ancestral stronghold of the Atréides House. The latter have lived on Caladan for 26 generations. They then emigrated to Arrakis to ensure the management of the Spice there by order of Shaddam IV.

A researcher-killer is a deadly needle mounted on repulsors and remotely piloted by a teleoperator. It is one of the main weapons of the assassins. This weapon has a weak point: the force field scrambles the micro-camera, forcing the operator to find his way through movement. You can survive in the face of a Seeker-Killer by standing still, then punching when the camera is turned in another direction. His vision is based on movement, like a certain T-Rex!

No, with Coriolis, it’s not super easy! A Coriolis storm is one of the major weather phenomena on the planet Arrakis. It is an extremely violent sandstorm with winds of up to 700 kilometers per hour.

The distillate is the costume worn by the Fremen. This signature garment contains a recycling system essential for survival in the Arrakis Desert. The Distille allows body fluids to be recovered so that no drop of water is lost. Its filtering system allows its wearer to drink the recycled water. Clever!

Spice, also called Mixture, is a substance produced on the planet Arrakis by sand worms from which it is a secretion. It is a kind of drug with the ability to prolong life and strengthen immune defenses. The Spice also allows interstellar travel for Guild navigators. It induces a form of foreknowledge without which rapid interstellar travel is impossible.

The Fremen are the pioneer people of Dune, descendants of the Zensunni nomads. They form tribes that have mastered the harsh living conditions in the Arrakis desert. The Fremen have proclaimed themselves Free Men of Dune. Their name comes from the English Freemen (Fremen). True inhabitants of Dune, they will not let anyone try to dispossess them of their planet.

A Fremkit is simply a survival kit made by the Fremen.

Giedi Prime is the only planet orbiting the star 36 Ophiuchi B. It is the original stronghold of the Machiavellian House Harkonnen, sworn enemy of House Atreides. Giedi Prime is a mostly arid planet. It revolves around a low intensity sun.

The Gom Jabbar is a poisoned needle used to pass the test of humanity. It is coated with meta-cyanide and used by the Rectrices of Bene Gesserit.

Harkonnen is a noble family belonging to the Great Houses of Landsraad. House Harkonnen on the planet Giedi Prime. They are the centuries-old enemies of House Atreides. Their members, like Baron Vladimir Harkonnen, are cruel and thirsty for wealth. Their world is in their image: cold and hostile. The inhabitants live there almost in slavery in gigantic industrial cities.

The universe of Dune is centered on a gigantic aristocratic galactic empire called the Imperium. It is headed by Emperor Shaddam IV of House Corrino. Arrakis is the hub of the Imperium because it is the only planet to produce the famous Spice.

Not to be confused with the brand of glasses! The Krys is the sacred dagger of the Fremen. It is made in two versions, fixed and unstable, from the tooth of a sand worm. An unstable knife disintegrates away from the electric field of a human organism. Fixed daggers are processed for storage. These two versions do not exceed twenty centimeters in length.

Kwisatz Haderach means “The short path” in the Dune universe. This name probably comes from the Hebrew term of Talmudic and Kabbalistic origin, the meaning of which is “contraction of the path”. The Sisters of Bene Gesserit have been trying to bring about Kwisatz Haderach for thousands of years by manipulating genetic lines, especially those of House Atreides. The Bene Gesserit affirms that the Kwisatz Haderach could have access to the totality of the memories of his ancestors. This enormous amount of information would allow him to develop a form of foreknowledge allowing him to see the future.

The Landsraad is a political organization, a sort of parliament bringing together the major and minor houses of the known universe. It has a very important politico-economic role in the Empire. Its representatives deal with the Emperor or other organizations such as CHOM (Combinat des Honnêtes Ober-Marchands) or the Space Guild.

Lisan-al-Gaib means “The voice from elsewhere.” In the Fremen messianic legends, he is the alien prophet, the Messiah. This term is sometimes translated as “Water donor”.

The hammer is a rod-shaped fremen device with a spring. It is used to attract sand worms. It is an indispensable aid for travel and for survival in the desert.

Mentat designates a class of citizens of the Imperium trained in the most advanced logic. They are also called “human computers”. A Mentate is trained to use his observation and reasoning skills to an extreme level. They are thus able to deduce from a few snippets of information the entire environmental context that surrounds them.

Missionaria Protectiva is a mass manipulation technique used by the Bene Gesserit sisters. This process consists in using their mystical influence to disseminate within a population, a false secret knowledge made up of myths and beliefs. Thus, they develop, generation after generation, the foundations of a religion that they can orient according to their ends.

It is a mouse-kangaroo adapted to the harsh conditions of life on Arrakis. Associated with Fremen mythology, this small animal is admired by desert tribes for its ability to adapt in hostile environments.

Ornithopters (or ornis) are intra-atmospheric vehicles resembling our Earth helicopters. On Arrakis, they are used in particular for making journeys through the desert and for harvesting the Spice. Ornis fly like birds, flapping their wings. They have rockets that can be lit from time to time in order to provide additional power, for example during take-off or to slow down.

The paracompass indicates local magnetic anomalies. It is used when maps are available and when a planet’s magnetic field is particularly unstable.

It is a layer of sand whose density is such that a hit on the surface produces the characteristic sound of a drum.

The Sardaukar are fanatical soldiers who are subservient to Emperor Shaddam IV. They undergo ruthless military training that develops their ferocity while eliminating the instinct of self-preservation. From childhood, they are taught the use of cruelty and terror. Each Sardaukar is the equivalent of ten ordinary Landsraad fighters.

Sietch is a chakobsa word, the language of the Fremen. It means “the place where one gathers in times of crisis”, and by extension, any fremen habitat. Sietchs are isolated places in the desert, a sort of oasis that allows the Fremen to live despite the hostile conditions on the planet Arrakis.

Shai-Hulud refers to these gigantic sand worms measuring from a few hundred meters to several kilometers, and living only in the deserts of Arrakis. The Fremen call them Shai-Hulud, which means “the old man of the desert”, “the old father of eternity” or “the grandfather of the desert”. For them, worms are the lords of the desert and are part of the cycle of the spice and of the entire planet.

The Solari is the monetary unit of the Imperium, the value of which is set by the Guild, the Landsraad and the Emperor.

The “Voice” is a technique of mental manipulation unique to the Bene Gesserit organization. It allows followers to select certain harmonics of their voice in order to control a person. The latter will thus do whatever you order.

120 beats per minute on Arte: a painful dive into the militant past of…