Many tourists have a misconception that there’s nothing to do in Dubai, apart from shopping. They are wrong. Dubai focuses on tourism and is very much succeeding in being a first class tourist destination. There is plenty to do in Dubai.

Dubai is an exceptionally interesting place not only because of its development and tourism but also due to its culture and thinking. People across the globe want to visit this city while others even decide to settle here. Its perception of highly developed structures, no income tax and a lifestyle that is global has attracted many into trying this.

10 unimaginable facts about Dubai are:

The crime rate in Dubai is 0%. That is why Dubai city is considered one of the safest cities on earth. The law is so strict in Dubai. On the other hand, the people of Dubai are maintained with full morality.

The bus stops have air-conditioned that show how hot it can be in Dubai. From May to October temperatures can rise as high as 45degree. You won’t be able to stand the heat. Even the swimming pools are chilled during the summer. Best time to visit would be from November to April when the sun isn’t that harsh.

The city in the UAE is always curious to try something new and unique. Of late Dubai is trying to build a city within itself. The new city is projected to be twice the size of Monaco and the climate will be totally controlled. The walkways will be air-conditioned such that you will not even notice that you are in the middle of a desert.

It has zero tolerance for debt:

The perception of no tax, a rich lifestyle and well-paying jobs means you’ll have to take care of your finances carefully. You will be deported or even serve a term in jail if you allow greed to control you and live a life that is not within your financial capability. Dubai is a very strict country and does not tolerate debts. This is likely the reason why people abandon their luxury cars, home and their jobs to run away from the country when in debt.

There are amazing underwater aquariums inside many malls in Dubai to give an amazing marine life experience to the people. There are many species of fish that are present there. The most amazing thing is that people are allowed to swim inside the aquarium as a bonus on the goods they purchase.

It’s a crazy dream Dubai is an architect’s crazy dream. They built hotels near the water, on the water, and in the water. They live on artificial islands and boast with the highest skyscrapers in the world. Luxury is a way of life. The city is built on superlatives– the biggest, the most beautiful and the most expensive.

Camel racing remains one of the most famous ports in Dubai comparable to what hockey is to Canada and football in the US. Given the size of the camel, only kids can take part in racing them. Instead of allowing local children to participate, they use to traffic young children into the country illegally. Ever since the world caught up with the issue, child trafficking has ended in most parts. Dubai has since come up with a solution and the idea was to replace children the child-sized robots to race the camels. The price for the robots varies from 300$ to 10000$.

People of Dubai have lions and Tigers as pets:

This is a kind of strange and shocking thing because people usually have pets like dogs and cats around the world. But people of Dubai have a strange interest in lion, tigers, and leopards and they keep them as their pets. They often travel with these dangerous pets in their cars and you can see a lion or leopard sitting on the front seat with the owner. This is strange and dangerous at the same time but everybody has their own interests. 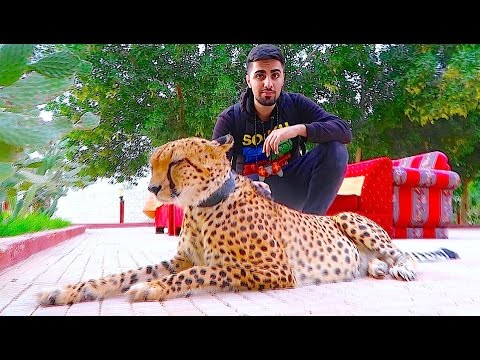 There is Gold to Go Atm’s in Dubai through which you can withdraw gold coins, gold bars and golden biscuits. These machines are used by a lot of people and they have to be refilled in every two weeks. These types of expensive things are expected from one of the richest cities in the world.

Dubai has no address system:

Due to the rate at which Dubai is growing it doesn’t have a standard address system in place. Instead of an address line on a mailing label, there is a space where residents can draw a map or write out specific instruction such as “After the white mosque, First Street to the left, gold door.” Foreigners arriving in the city from the airport are advised to have maps on hand to show their drivers where they’re going. 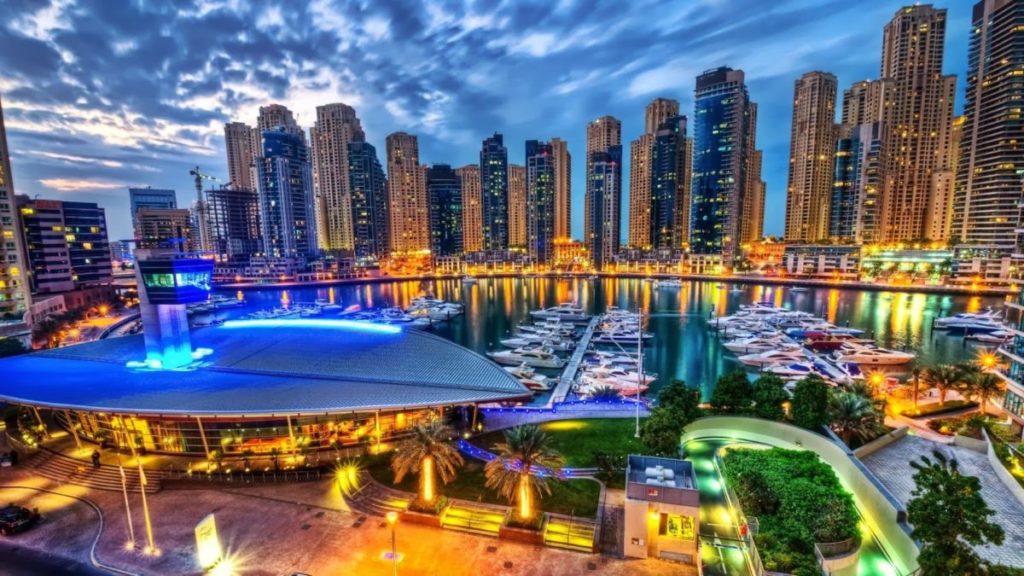 You pay no tax in Dubai:

When you take your money to Dubai you will not have to pay any income tax. People who want to save a good amount of money are highly attracted to Dubai. However it is not as easy as it sounds because you can also spend a lot of money in this beautiful metropolis.

You can bathe in natural pools:

Despite its very arid and dry desert-like landscapes the UAE also has a few natural Wadis and pools which fill during the winter season. They are refreshing and revitalizing.  You can camp at night and enjoy a clear sky or take a room at the nearby hotel. The pools are framed in the small crayon in the Hahar Mountains and feel very much like arriving at an oasis.

Keep your gay pride under wraps:

People who are gay bisexual or transgendered need to really stay in the closet in Dubai. Anything outside of a normative, cisgendered heterosexual relationship is considered a crime and is punishable by the law. Underground gay clubs do exist in Dubai but there are frequent police crackdowns making it a highly dangerous activity to partake in. The only silver lining here is that because of the no PDA laws everyone has to equally hide their sexuality.

These are the few things that were hiding under the surface.