The topic of bras, covering up, and commentary on people’s clothing in general is quite sensitive these days. We all want to allow others look the way that makes them feel best, but the rare instance still exists where we feel as if a warning, at least, is warranted.

That’s what this parent believed, anyway, when they invited a friend to see their six-month-old baby.

The parent, aware that their baby has a penchant for grabbing nipples, figured the friend – who has pierced a pierced pair and prefers not to wear a bra – deserved a warning.

They showed up braless anyway, and refused a sweater when it was offered.

I have a 6 month old, and just started allowing visitors. My best friend came to visit and I texted her suggesting she wear a bra or a thick shirt if she plans to hold my son because he grabs nipples, very hard and my friend has hers pierced and has told me they’re super sensitive.

I explained this to her and she ignored my messages but she came over anyway , nipples poking through shirt and my 6 month old was staring hands ready.

I offered to give her a sweater and she looked at me sideways and suggested I was sexualizing her breasts and she isn’t covering up.

They did still want to hold the baby…at least until the inevitable happened.

I explained that wasn’t the case but she didn’t want to hear me, I respected her decision and asked if she still wants to hold the baby, she grabbed by son from me and within 5 minutes he had a death grip on her nipples and she jumped up screamed in pain and pulled him off of her.

I said “that’s why I suggested a bra” this made her even more mad and said “No you suggested that because you’re a misogynist”.

I was so confused and she left abruptly.

Now, the friend is telling all of their mutual friends that OP is a misogynist and tried to force her to wear a bra, but OP swears they were just trying to help.

She keeps telling our mutual friends that I was sexualizing her breast and was trying to make her wear a bra or that i wouldn’t welcome her but that isn’t at all what happened.

Am I missing something?

I feel like her reaction is really uncalled for.

Reddit is weighing in on whether or not the warning was warranted, so let’s see what they have to say!

The top comment points out that they did their best to explain the reason, and it seems like the friend likes to make situations all about her. 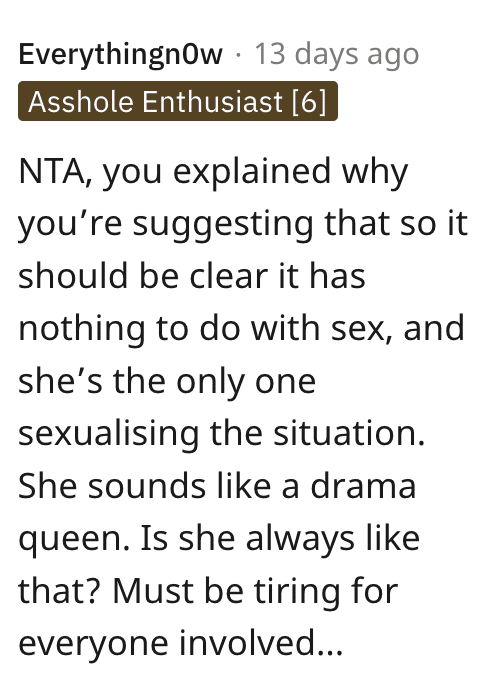 The friend seems determined not to understand the situation, honestly. 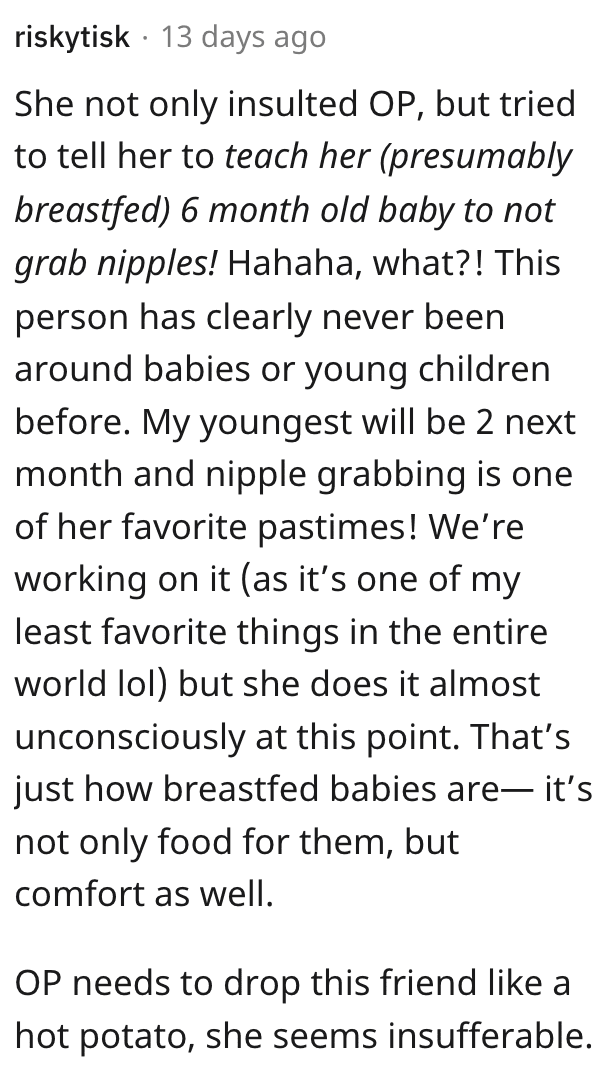 And she seems like the one sexualizing her breasts, not OP.

It’s just the way of the world! 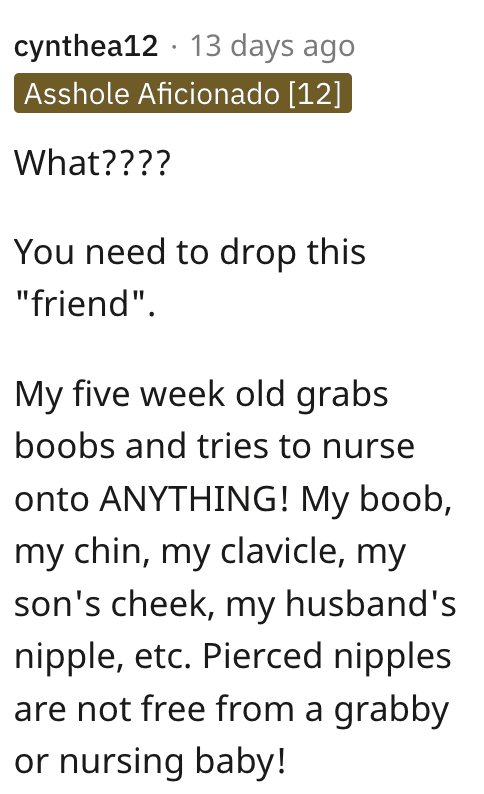 You want to hold the baby, this is the risk you take. 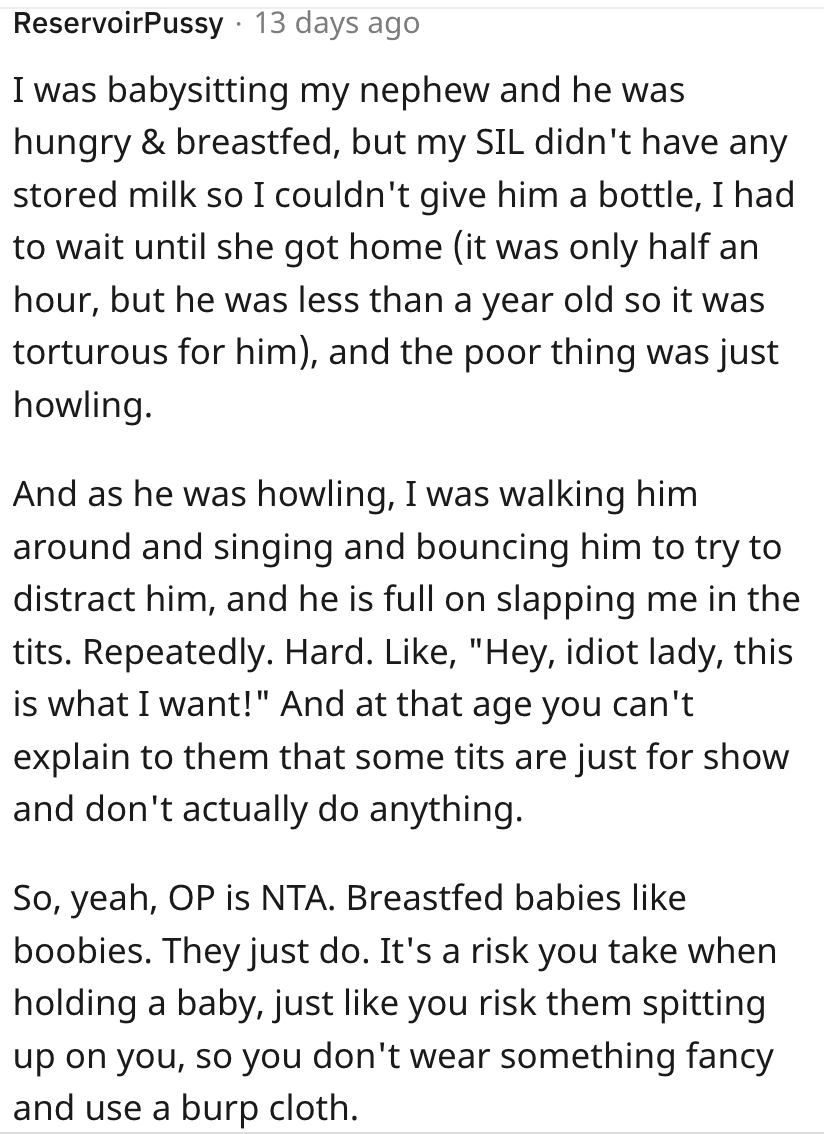 This friend definitely sounds as if she needs more attention than even the baby to be happy.

Would you have bothered trying to warn her or just let it happen? I think I might have been tempted to do the latter!