DNA, Wakanim, Crunchyroll: the anime from September 14 to 21: The Ancient Magus’ Bride, … 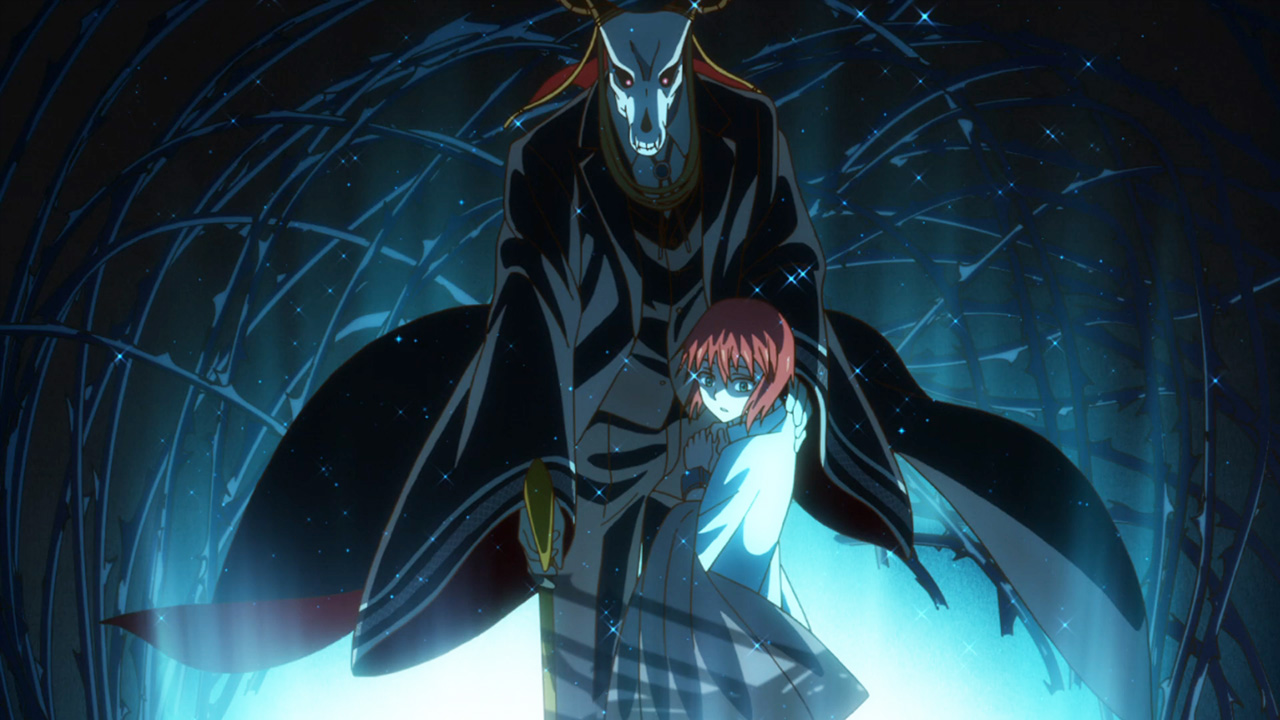 This week, we talk about strange magician, living dolls and school of demons in our 3 anime recommendations to discover on your specialized platforms!

The Ancient Magus Bride follows 15-year-old Chise Hatori. She has no family, no special talent, no hope in life. One day, she is sold to a sorcerer, a non-human whose existence dates back to the dawn of time …

He takes her under his wing to make her his disciple and announces to her that in the long term, she will become his wife. Then, the needles that seemed forever frozen in his heart start to turn again, little by little …

Produced by Wit Studio, this atypical anime takes us into a poetic world, sublimated by music of flawless virtuosity. Based on a manga fantasy shōnen by Kore Yamazaki, The Old Magus Bride sometimes recalls the universe of Hayao Miyazaki, shrouded in magic.

This series is a pretty nugget that will move and amaze you. It turns out to be mastered in terms of animation and very solid in terms of narration and scenario. Note that a new three-part OAV series by Studio Kafka is planned from September 2021.

Members of the Shadow family have the appearance of faceless shadows, able to control soot when experiencing strong emotions. Served by living dolls created in their image, these nobles live in a vast mansion, far from the rest of the world.

It is in this strange environment that the young Emilico, playful doll and apprentice servant, lives in the company of his mysterious mistress, Kate. But the places seem to hide many secrets.

Adapted from the eponymous manga by Somato, Shadows House is a horrific little nugget that caused a sensation when it aired last April. Its characters with childish faces and its very distressing atmosphere easily recall the popular work The Promised Neverland which ended at the beginning of the year (the two animes are also produced by the same studio: CloverWorks).

Embellished with a few touches of the supernatural and drama, this horror series offers us a scenario as original as it is eye-catching. An atypical Burtonian atmosphere that is sure to delight fans of the genre!

And if the first season has convinced you, you can rejoice: a season 2 has just been announced and should land on our screens in 2022.

Iruma Suzuki is a 14 year old boy sold to a demon by his parents. The latter then takes her to his world and enrolls her in the Babyls school.

Like the young Harry potter suddenly thrown into the wizarding world, Iruma must now deal with his new establishment filled with demonic creatures. And all this of course, without revealing its true nature. Otherwise, it risks ending up devoured …

After having taken up the torch of SUNRISE for the animation of the cult Gintama, it is to the very young studio BANDAI NAMCO Pictures, used to fantastic comedy, that we owe the adaptation of Welcome to Demon School, Iruma-kun.

Dynamic and colorful, this series of 2.5 million copies sold offers us an original vision of hell, while respecting the codes of the genre. And even if it is a question of demons, do not believe that the general atmosphere is found oppressive. On the contrary, with its characters all jovial and endearing, the anime turns out to be a real breath of fresh air.

A benevolent and optimistic work, full of misunderstandings and extravagant situations that we were able to convince to the point of winning a third season, as the production announced this weekend!