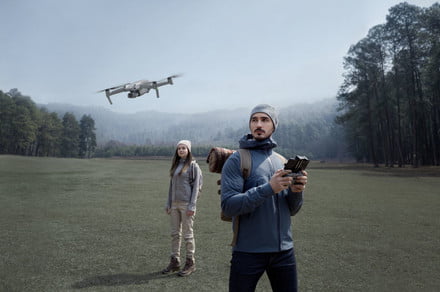 Drone giant DJI has launched a new contest to put your flying skills and creativity to the test, with the winner offered its recently released first-person-view (FPV) drone.

Called the “Impossible Shot Challenge,” the name of the contest gives you a good idea about the kind of entries the company is hoping to receive, though whether your air-based artistry is up to it remains to be seen.

DJI launched the contest in a tweet posted on Monday, April 26.

“Showcase your aerial creativity with the DJI Impossible Shot challenge,” the post said. “Whether it be an FPV dive, a flight through a tight space, or a set one-take, we want to highlight anything that makes you go ‘wow.’”

Showcase your aerial creativity with the DJI Impossible Shot challenge.

Whether it be an FPV dive, a flight through a tight space, or a set one-take, we want to highlight anything that makes you go &quot;wow&quot;.

Use #DJIImpossibleShot to be in with a chance to win ???? pic.twitter.com/Iew6okdDcL

On a webpage highlighting the contest, DJI offers some top tips on how to get awesome shots with your drone.

Advice includes planning your route using a walk-through that could show up obstacles you’ll need to avoid, adjusting the camera angle “for getting the right shot and the right vibe,” and knowing how to fly backward. “Sometimes, you’ll be in front of your drone rather than behind it, meaning that your controls would be reversed. Being able to know instinctively whether to pull left or right when flying through a gap could be the difference between success and failure,” DJI said.

Below is a clip posted by DJI showing a flight straight through some tight spaces.

For more inspiration on the kind of incredible shots you can get with a quadcopter, check out this compilation of some of the best FPV drone videos we’ve ever seen.

You have until May 5 to get your entry in.

Oh, and when attempting to nail your impossible shot, DJI urges you to “always fly safely and follow local regulations.”

DJI’s latest contest follows its recent release of two drones, the DJ FPV and the Air 2S. The FPV drone is the company’s first foray into high-speed flying machines, while the Air 2S is the latest update to DJI’s popular Mavic Air.

So, what you are you waiting for? If you have a drone, how about getting out there to find out if your idea for an impossible drone shot is actually achievable. Or simply impossible.

Deathloop Slabs Guide: The Best Slabs, How to Upgrade Them

Deathloop Beginner’s Guide: 14 Tips to Get You Started

How to Connect Airpods to Your Nintendo Switch

This Gateway Laptop Is $149 at Walmart Today

Pre-Ordering the iPhone 13? Here’s What You Need to Know