Disney +: films and series to watch in March 2021: Falcon and the Winter Soldier, Black Narcissus, The Shape of Water … 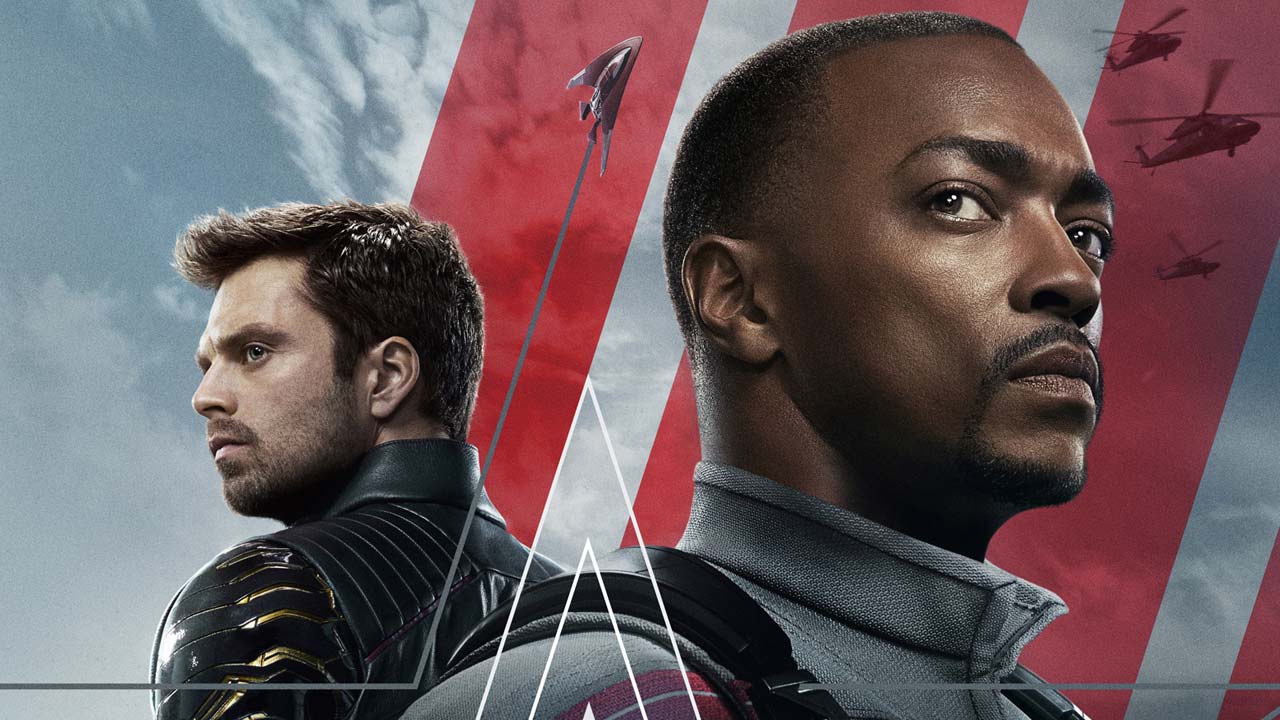 After the arrival of Star, Disney + is full of new features in March: Falcon and the Winter Soldier, the next series from Marvel Studios; Black Narcissus, a Star Original miniseries; or behind the scenes of the MCU in Gathering.

Launched on February 23 on Disney +, the new Star world is already welcoming an exclusive fifth series called Black Narcissus. An adaptation in three episodes of the novel by Rumer Godden considered scandalous when it appeared in 1939, it tells the story of the installation of a congregation of nuns in an old harem transformed into a dispensary. On the spot, an English general is in charge of helping them to build a school for the children of the region. His presence will quickly become a source of tension, and even repressed desires, among the nuns of this place, it would seem cursed. Already adapted to the cinema in 1947, the story is here carried by the talented Gemma Arterton (Quantum of Solace). She notably gives the reply to the late Diana Rigg, of which it was one of the last roles on the screen. A Star Original mini-series to be discovered in its entirety on March 5.

After Disney’s The Making-of: The Mandalorian, Disney + invites you to dive behind the scenes of MCU movies and series with its new documentary series, Marvel Studios: Gathering. Discover behind the scenes of this universe so much appreciated by fans by following the directors, actors and technical teams on the sets. Captivated by the adventures of Wanda and Vision, viewers will soon be able to learn all the secrets behind the event series. The first episode available on March 12 will indeed be entirely devoted to WandaVision. Among the other films and series that will be discussed in the Disney + Original documentary series, subscribers will be delighted to learn more about Falcon and the Winter Soldier, Loki, Hawkeye or the highly anticipated Black Widow.

Read Also:   Tomorrow belongs to us: Charlotte Gaccio (Sam) joins the cast of the series

Marvel aficionados have certainly already noted this date with a cross or a red heart in their calendar. Falcon and the Winter Soldier, the new series from Marvel Studios, will debut on Disney + on March 19, just two weeks after the final episode of WandaVision airs. It will star Anthony Mackie as Sam Wilson and Sebastian Stan as Bucky Barnes, also known by the pseudonym The Winter Soldier. Following the events of Avengers: Endgame, the two sidekicks will join forces in this six-part series that promises a lot of action and humor like Marvel does so well. Spectators will also find Daniel Brühl (Baron Zemo), Emily VanCamp (Sharon Carter) and the new kid Wyatt Russell (John Walker) in the credits of this Disney + Original series directed by Kari Skogland.

Who remembers the famous junior ice hockey team coached by Emilio Estevez, aka coach Gordon Bombay, in the 90s? If all Mighty Ducks players have grown up and taken off since, a new generation will today need the help of this endearing coach, still embodied by the 58-year-old actor. In particular the young Evan Morrow (Brady Noon), 12, fired from his team and determined to form his own, even if it is composed of broken arms. For that, he can also count on his mother Alex, camped by Lauren Graham. Is the most important thing really to win? Response from March 26 with the first episode of this new Disney + Original series.

Read Also:   Doctor Strange 2: was the villain of the Marvel movie revealed by an actress?

Loosely adapted from the novel Crin Noir by Karine Devilder and inspired by the true story of horseman Pierre Durand, this French film stars Guillaume Canet in the role of a lawyer with a promising future who decides to leave everything to devote himself to his real passion, horse riding, especially show jumping. To achieve his dream, he puts everything on a horse that nobody believes in: Jappeloup.

Follow the daily life of the talented but sometimes arrogant Conrad Hawkins (Matt Czuchry), doctor at Chastain Park Memorial Hospital in Atlanta. Forced to juggle between an unethical boss and the well-being of his patients, while supervising a new intern, this doctor will have to make difficult choices in the first two seasons of The Resident, available on Disney +.

With the arrival of Star, Disney + is putting France in the spotlight more than ever on its platform with many new features such as the comedy series Lazy Company by Samuel Bodin and Alexandre Philip. It tells the improbable misadventures of four totally incompetent American paratroopers in 1944 at the time of the Normandy landings. Without really doing it on purpose, they will change the course of history …

Friday March 12 – The future is theirs

This Disney + Original is a feature-length documentary by Cristina Costantini and Darren Foster, which examines the story of five students from all over the world who came to defend their project at the Global Student Entrepreneur Awards in Macao (China). Let yourself be blown away by these budding entrepreneurs and their revolutionary concepts in The Future is theirs.

Read Also:   The island of 30 coffins: Charles Berling and Virginie Ledoyen react to the revelation...

Friday March 19 – A shortcut in time

Meet Oprah Winfrey, Reese Witherspoon, Mindy Kaling and the up-and-coming Storm Reid in this fantastic family-friendly movie from Ava DuVernay. Adapted from the teenage novel by Madeleine L’Engle, the feature film follows the journey of a schoolgirl in search of her mysteriously disappeared scientific father. Accompanied by a classmate, she will discover unsuspected worlds.

Friday March 26 – The Shape of Water

Golden Lion in Venice 2017 and Oscar for Best Film in 2018, the poetic feature film by Guillermo del Toro invites viewers to be passionate about the friendship between a strange creature living in water and the modest and lonely employee of ‘an American secret laboratory. Sally Hawkins’ performance in this nuanced role is breathtaking.

OTHER OUTPUTS OF THE MONTH:

Behind the Scenes of Pixar – 3rd collection

Dodgeball! Not even hurt !

Asia from the sky – season 1

The Fugitives from Pompeii