Did This Woman Go Too Far In Confronting Her Online Harassers?

Online harassment is all too common these days, and even though it can happen to anyone, women often find themselves dealing with the brunt of this unwanted attention.

We all have our ways of dealing with messages and pictures that cross too many lines to count, but what if the “accepted” routes of reporting, blocking, and ignoring don’t have the desired effect?

This woman came up with an ingenious – and effective – alternative, but some people say she went too far.

She’s been dealing with harassment from some guys at her school for some time – the typical stuff, but things that definitely wear on you after some time.

She tried reporting it but no serious actions were taken.

I’m an 18 year old girl who is in college atm. I’ve been getting bullied/harassed by three guys in my class who have taken to messaging me online with rather gross/harassing messages and nsfw pictures that i’m sure you can all fill in the gaps without me going into detail.

When it was just standard bullying I reported them but they only got a warning, the messages/pictures started after that as if to prove I couldn’t do anything.

So, she decided to find them on Facebook and then contact their mothers with the details of what they’ve been saying and sending online.

I should have reported them or just blocked them but I had, had enough so I screenshot every message they’d sent me and found their mothers through their facebook pages and sent screenshots to them including an explanation of who I am and how their sons have been bothering me.

The mothers are on her side and have (presumably) corrected their sons who should already know better, effectively nipping the issue in the bud.

Her friends, though, think that she took things too far.

Their mothers were horrified and shocked by what I sent them explaining what was going on and all three are on my side. Some of my friends think this is genius and exactly what they deserved but some of my other friends think I took it too far and it was out of line to put that on their Mothers and also how I don’t know what their home life is like.

Am I the asshole for doing this? Should I have gone about it another way?

What does Reddit think? We’re about to find out!

The top commenter thinks the punishment fits the crime, no apologies required. 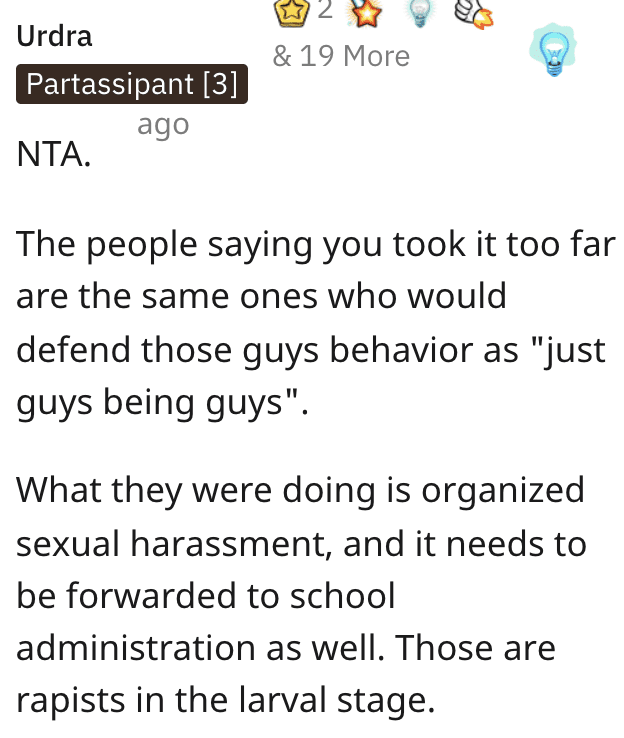 There is no defense for their actions. 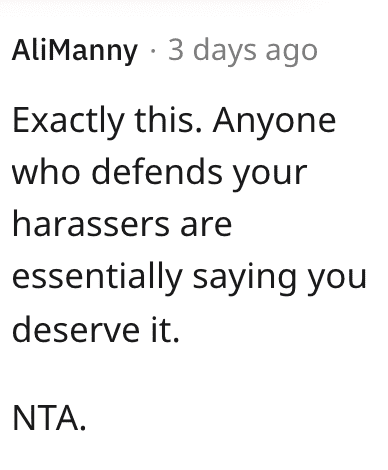 If anything, maybe she should have gone a bit farther. 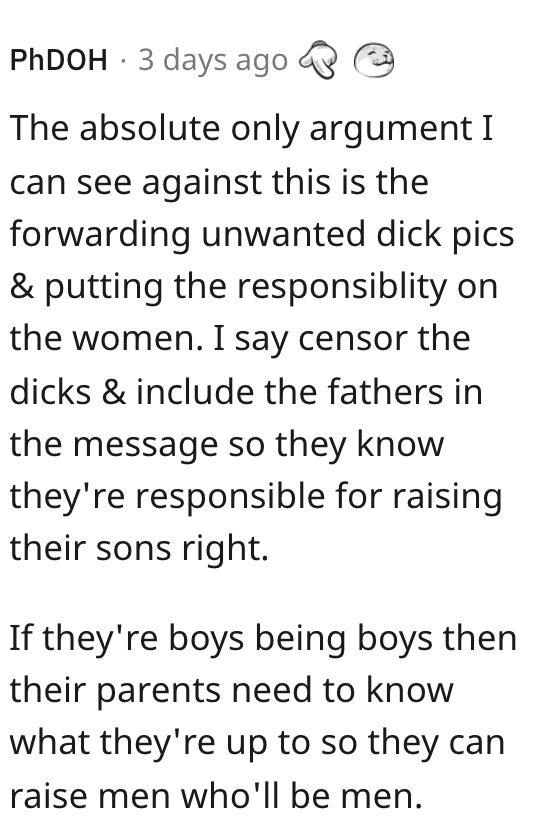 Maybe get the police involved, too. 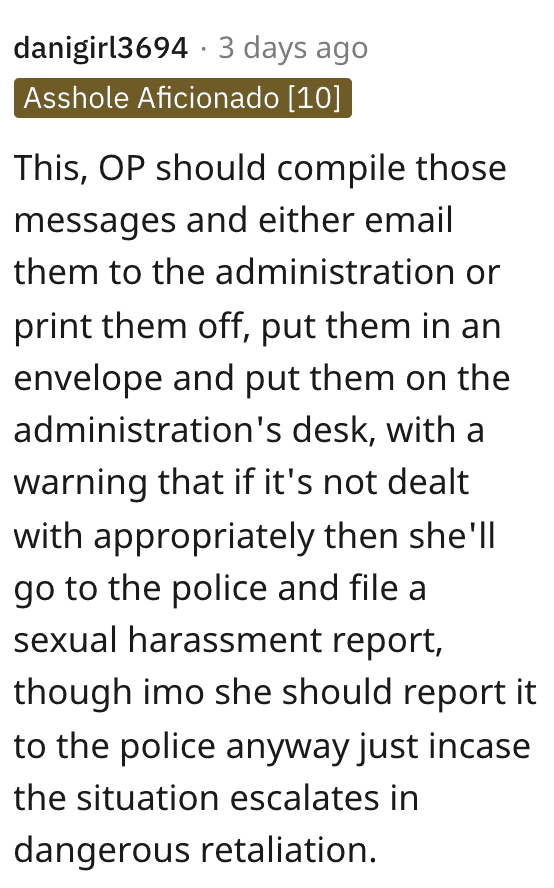 OP is basically a hero. 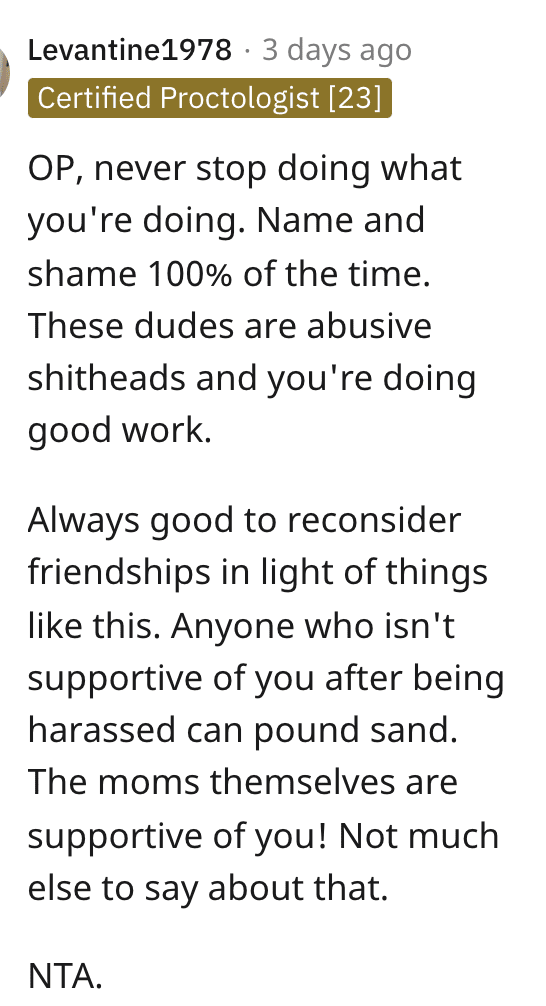 Yeah, this might have been a drastic move but I don’t think it was uncalled for, and if it works, do it.

Maybe these guys have learned their lesson once and for all. I certainly hope so.

She Told Her Sister She Should’ve Gone to College if She Wanted a Good Life. Was She a Jerk?

She Refuses to Give the Code to Her Safe to Her Partner. Is She Wrong?