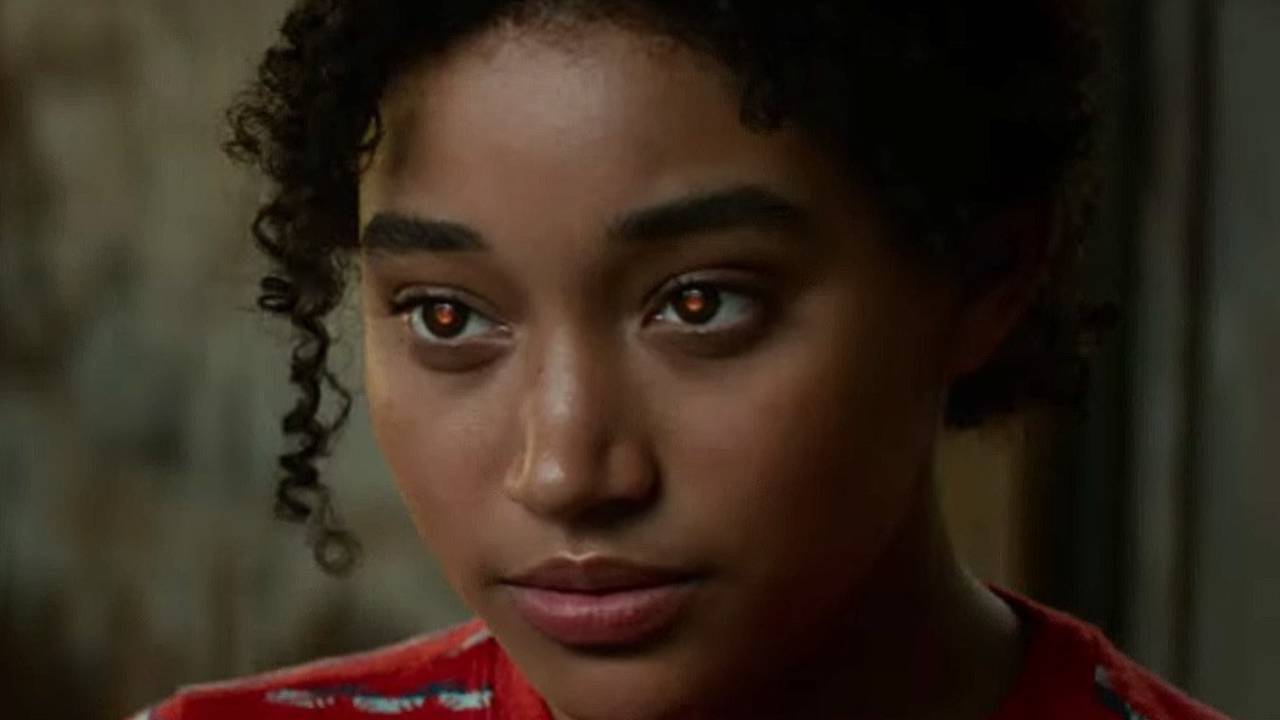 From “Hunger Games” to “The Hate U Give”, via “Darkest Minds”, Amandla Stenberg’s performance is regularly acclaimed by critics. Back on the journey of a rising star of American cinema.

The Colombiana Revelation and the Hunger Games

Born of an African-American mother and a Danish father, Amandla Stenberg started very early in the spotlight. She goes on modeling contracts and participates in numerous advertising campaigns. Then 12 years old, she was noticed by the crew of the film Colombiana in which she will play the young version of the heroine, Cataleya (Zoe Saldana). Everything follows very quickly for the young girl with the blockbuster Hunger Games: she will be Rue, a female tribute from District Eleven who befriends Katniss.

After her remarkable performance (critics praised the chemistry she had with her partner Jennifer Lawrence) which moved fans, and at the height of her twelve years, Amandla is only waiting for one thing: to be offered to her complex and non-stereotypical roles. She does not hesitate to move away from the film sets for a while, because she knows that her career will be long-term, one project after another.

She takes advantage of this absence to continue her studies. During the year 2015, she published on her Tumblr a video entitled “Don’t Cash Crop On My Cornrows“that she is making for a history class, on the appropriation of Afro-American culture. A presentation that will be seen more than two million times on YouTube, and which will fuel debates within society. put Stenberg back in the spotlight. The following year, she appeared in the independent film As You Are, about the forbidden love affair between two teenagers. She also lent her voice to the character of Bia in Rio 2. C t is also at this same period that she launched her rock group, Honeywater, and released her first EP.

Read Also:   The Batman: a stunning Gotham, realistic action... What the film team promises us...

At only 18, the actress shows remarkable maturity and refuses a role in the successful Marvel film Black Panther. In an interview with CBC Arts, the young woman explains that she wanted to leave the role to another actress: “There are so many black actors who play Africans that it would have been weird for me, as a mixed race, to speak with a Nigerian accent and play someone who has the same skin color as the others.. “

We find her that year in the romantic comedy Everything, Everything where she offers a moving performance in the role of a sick teenager who cannot leave her house. And she is illustrated in the fantasy film Darkest Minds, a new adaptation of a novel for young adults, except that, unlike The Hunger Games, this time she is its heroine.

The new voice of a generation

Ranked among the 30 most influential teenagers of the year by Time magazine in 2015. At the same time, the Foundation for Women appointed her “feminist of the year”. Amandla does not hesitate to play the spokesperson for the African-American and LGBTQ community (she also comes out in June 2018). And his choice of films is also affected. We find her in the poster of The Hate You Give – adapted from the homonymous book and inspired by the Black Lives Mater movement – in which her character witnesses the death of one of her friends, unarmed, killed by a police officer. The high school student must then choose between testifying anonymously or making her voice heard and becoming the leader of a protest against police violence.

In 2020, it is on the small screen and in the streets of Paris that we find Amandla Stenberg, thanks to the series The Eddy, posted online on Netflix in May. And we should meet her back in the fall, in the film adaptation of the Tony Award-winning musical Dear Evan Hansen. The actress will lend her features to the heroine, Alana, who hides her loneliness behind her addiction to social networks, and has to face the death of one of her classmates.