I remember going back and forth with my parents a lot about whether or not I could go to certain concerts when I was growing up.

Sometimes I prevailed and sometimes I did not…and then there came a point where they just didn’t care anymore so I did whatever I wanted.

But now to the story: is this dad wrong for not letting his daughter go to a music festival after he saw her text messages?

Story starts when for umteenth time our Apple i cloud got screwed up. Apple support hasn’t helped me with this issue, or they haven’t given me a working solution. I’m not a tech guy at all, but what happens is sometimes our texts would show up in each others inboxes sometimes. But not on all devices. I’ve had my younger sons text show up on my laptop, my texts show up on daughters phone, etc.

Now I’m usually a trusting dad and I delete these threads without reading them as soon as I notice they’re there, but this time it was different. This may give away our relative location but whatever, my daughter is planning on attending a certain music fest this weekend with some friends. She has a job and bought her ticket on her own. I originally had no issue, she’s usually responsible.

Well I saw an interesting message in a thread with her friend that showed up in my phone. The message read “we should be able to sneak it in if we hide it well” so… I snooped. I opened the thread and read it.

I was shocked at what I saw. She was talking about alcohol. Her and her friends are planning on sneaking in alcohol, marijuana, and something I have personally never heard of called “molly”.

I legitimately don’t know what that is so as you can assume by this point I’m freaking out. I scroll up to find the outfits daughter plans on wearing as well. When I say “outfits” that’s me being very generous because to me it looks like just underwear, not an outfit.

I decided that I wasn’t going to allow her to go to the festival. I thought about letting her go but making sure she’s actually wearing clothes and checking her bag before, but even if her bag is clean when she leaves the house I know she will find a way to get the drugs. I told her no it’s not happening, and I would have never okayed it in the first place if I knew her plans.

Her and I haven’t been speaking. She thinks I’m wrong to take away something she spent her own money on. I told her it’s not the concert, it’s what she’s planning on doing there I can’t possibly be okay with if I know about it in advance.

She’s asking me if I’m now going to reimburse her for the ticket if I don’t allow her to go. I don’t think I need to do that either. Maybe I’m being a c**ppy dad, but we are not that well off. I make enough to provide for my family but not enough to where I can pull 300$ out of my wallet to give her for a concert ticket.

Am I an a**hole for doing this? I don’t think there’s a way I can let her go and be confident she won’t be messing around in stuff she shouldn’t be.”

This person said he’s NTA and that he’s just protecting his daughter. 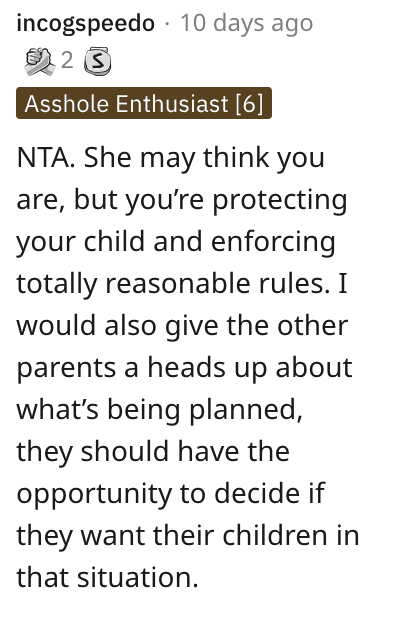 And this reader agreed and said parents aren’t supposed to be friends with their kids. 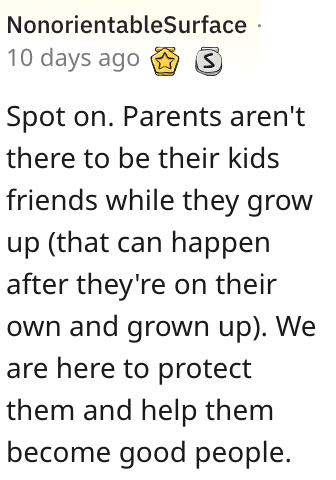 And another Reddit user pointed out that this could be a very dangerous situation. 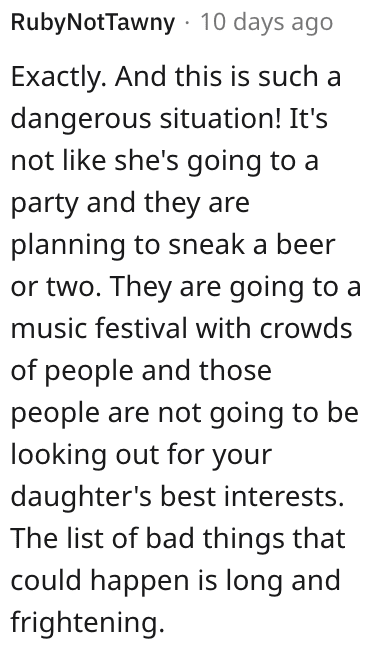