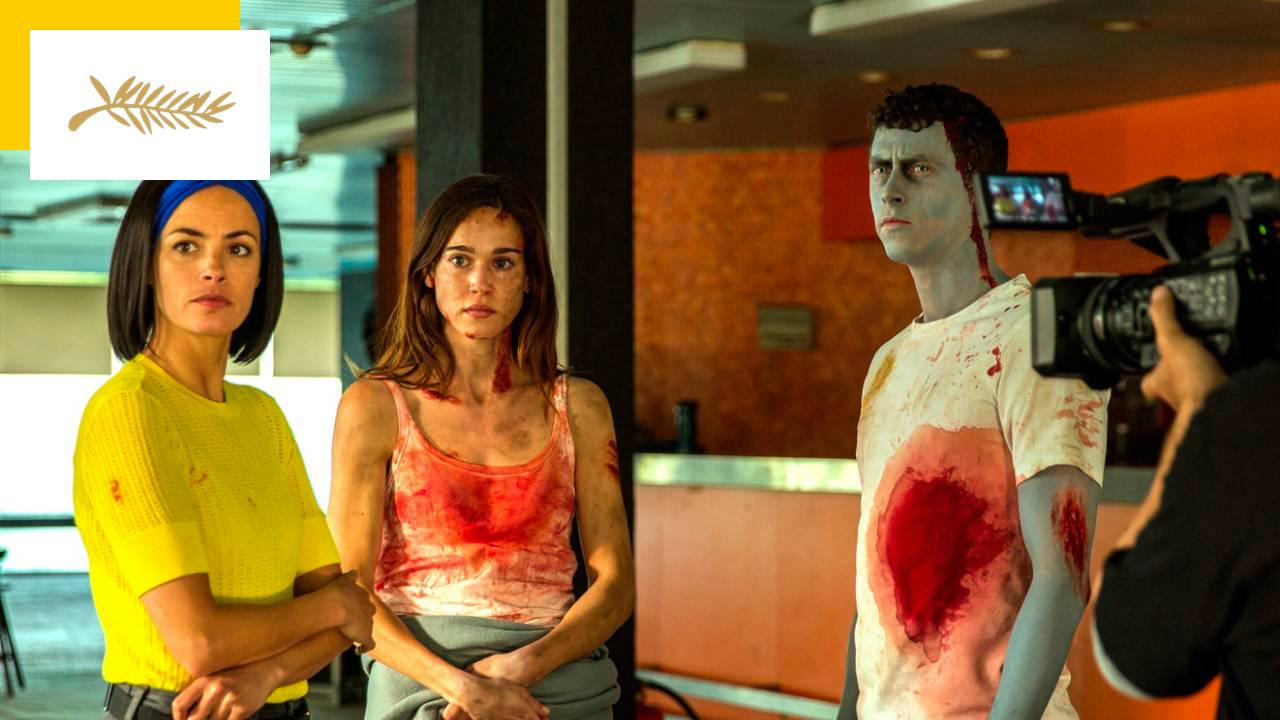 For its 75th edition, the Cannes Film Festival opened on May 17 with the presentation of “Cut!”, the new comedy by Michel Hazanavicius. On this occasion, a brief overview of what the French press thinks…*

Familiar with the Cannes Film Festival where he presented The Artist – Best Actor Award for Jean Dujardin –, The Search and The Redoubtable, Michel Hazanavicius is back on the Croisette. He presents out of competition Cut!, which opens the 75th edition of the festival. By offering a rereading of the Japanese film Don’t cut! of Shinichiro Ueda, the filmmaker takes us behind the scenes of a film shoot Z disrupted by the irruption of real undead. Beneath this gore film pitch hides a crazy comedy that pays homage to the craftsmen of the 7th art. Has she conquered the press?

A zombie movie set in an abandoned building. Between jaded technicians and actors not really concerned, only the director seems invested with the necessary energy to give life to yet another low-budget horror film. The irruption of authentic undead will disrupt the filming…

What does the press think?

According to The Sunday Journal:

“With a complex narrative structure that reserves its share of twists and turns, L’Ovni shines with its writing with little onions, which wields a tasty absurd humor in the dialogues and situations that are completely out of step, and with its inventive, precise and rhythmic.” (Stephanie Belpeche) 5/5

“An incredible declaration of love for the cinema, but also a frank slice of fun and a funny “blood for blood” film, in which shine actors as unexpected there as invested, like Bérénice Bejo, Romain Duris, Finnegan Oldfield or Grégory Gadebois.” (Michael Valentine) 5/5

According to West France:

“One might have the impression that all of this, at first, smacks a bit too much of a chic hoax. But if we let ourselves be carried away by the characters and their trajectories, if we accept in reverse to deconstruct the device to perceive its sincerity, then Coupez! reveals all its charm, tenderness and humour.” (Renan Cros) 4/5

According to The Obs:

“Better characterized and staged than its model, with a few additions (the musician, played by Jean-Pascal Zadi) and welcome adjustments (the more assertive female characters, a little meta side), this fake making of disaster celebrates the collective joy to make movies.” (Nicholas Schaller) 4/5

“An ode to the craftsmen of a broke cinema who live their work as a mission without worrying about making a masterpiece or a turnip, Coupez! is an American Zombie Night. It exudes the same collective joy, the same diehard momentum.” (Jeremiah Couston) 4/5

According to Les Cahiers du Cinema:

“The first part of Coupez! plays thoroughly with the codes of the Z series (red paint by the liter, approximate setting, actors picking up) while giving a painful feeling of overhang. The second wins by overflowing the initial pastiche and by offering him his counter-shot (…).” (Elisabeth Lequeret) 3/5

“The filmmaker releases his dirty kid side but never loses control, relying on the strength of his direction of actors and his desire to arouse emotion beyond laughter.” (Thierry Cheze) 3/5

“A pleasant ode to mediocrity, the film defuses the heavy superego of cinema to praise the collective work that results from it.” (Mathieu Macheret) 2/5

“Cut! overplays the regressive delirium too much not to seem posed by dint of miming the cheap. So much so that his modesty of facade, smeared with self-mockery, constantly contradicts himself.” (Sandra Onana) 2/5

All the press reviews of Coupez! can be found here.

* According to the press panel present on AlloCiné.