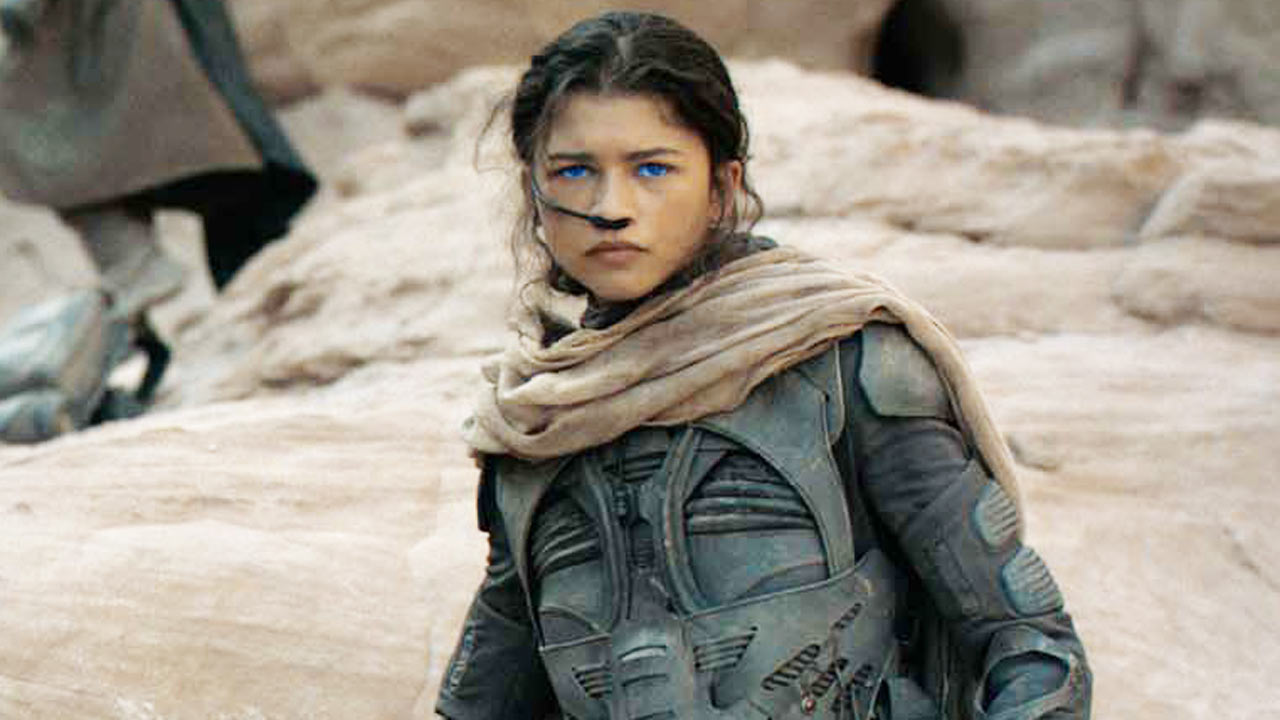 What is it about ? The story of Paul Atreides, doomed to know an extraordinary destiny that totally surpasses him. Because if he wants to preserve the future of his family and his people, he will have to go to the most dangerous planet in the universe.

Did you know ? Denis Villeneuve discovered the novel when he was a teenager and was immediately fascinated by its poetry and its talk about nature: “At the time, I was a science student, and I hesitated between becoming a director or a biologist. Suddenly, Herbert’s approach to ecology seemed powerful to me. His gaze on nature was fascinating, that he unfolded through the magnificent ecosystems of his invention. “

What is it about ? Anaïs is thirty years old and not enough money. She has a lover she is no longer sure to love. She meets Daniel, who immediately pleases her. But Daniel lives with Emilie… who also appeals to Anaïs.

Did you know ? Les Amours d’Anaïs is the first feature film by Charline Bourgeois-Tacquet, who had already directed Anaïs Demoustier in her short film Pauline enservie. It was the desire to extend her collaboration with the actress that prompted the director to make this film. She wrote it with the actress in mind.

What is it about ? Lazy, capricious, party-goers, the three children of businessman Francis Bartek do nothing with their lives, except spend the money their father has earned hard. Tired of their behavior, he makes them believe that they are totally ruined, forcing them to do the unthinkable: work!

Did you know ? Spoiled Rotten is the very loose adaptation of the hit Mexican film Nosotros los Nobles by Gaz Alazraki, in which a father decides to teach his children a lesson that will ultimately turn against him.

The Origin of the World by Laurent Lafitte

What is it about ? Jean-Louis realizes on his way home that his heart has stopped. Not a single beat in his chest, no pulse, nothing. Yet he is conscious, he speaks, moves. Is he still alive? Is he already dead? Neither his veterinarian friend Michel, nor his wife Valérie can find an explanation for this strange phenomenon.

Did you know ? Laurent Lafitte discovered the play of the same name by Sébastien Thiéry in 2013. If he laughed a lot during the performance, he then perceived a second level of reading, more serious, centered on questions such as the weight of secrecy in the family and the way of emancipating oneself when one grew up in the lie …

The Knee of Ahed by Nadav Lapid

What is it about ? Y., Israeli filmmaker, arrives in a remote village at the end of the desert for the screening of one of his films. He throws himself desperately into two lost fights: one against the death of freedom in his country, the other against the death of his mother.

Did you know ? Ahed’s Knee relates an episode experienced by Nadav Lapid himself in June 2018. He was invited by the Deputy Director of Israel Libraries at the Ministry of Culture to present his film The Teacher at the Sapir Library, a tiny, remote village in the Arava region at the far end of Israel. His arrival was subject to one condition, according to his interlocutor’s own admission: signing a document in which he had to undertake to speak only on subjects conforming to those authorized by the regime.

The State of Texas vs. Melissa by Sabrina Van Tassel

What is it about ? Melissa Lucio is the first Spanish-American woman sentenced to death in Texas. Accused of having killed her two-year-old daughter, this poor and drugged mother ticks all the boxes of the ideal culprit. However, its history, which is full of gray areas, will turn out to be much more complex than it seems …

Did you know ? Sabrina Van Tassel saw, in Melissa’s eyes, all the injustice of the American legal system which condemns the weakest to get rid of it. This is the main reason she wanted to investigate and make this documentary: “After a short investigation, it seemed clear that her story was full of gray areas never explored. I wanted to understand who this woman was, with her flaws and all the complexity of her story.”

The Prey of a Shadow by David Bruckner

What is it about ? Torn apart by the brutal death of her husband, Beth finds herself alone in the lakefront house he had built for her. She struggles to cope, but inexplicable nightmares appear. In disturbing visions, an elusive presence seems to call her …

Did you know ? For director David Bruckner, Shadow’s Prey is a psychological thriller with a ghost story: “It is both a ghost story with overtones of Gothic romance and the portrait of a deeply disturbed marriage. It is a tale full of mystery, anguish, heartbreak and revelation, a maze in which you enter at your own risk. “

What is it about ? Every day, the trio of inseparable Mushrooms are drawn into new adventures: saving a century-old tree, protecting a tree frog or flying away on the back of a dragonfly – it’s always a thrilling day ahead!

Did you know ? Mush-Mush is the super enthusiastic type: with him, adventure is always guaranteed! Each time he manages to embark his two friends on new exciting projects, but which often turn out to be risky … You should know that Mush-Mush has a gift: he can communicate with nature and sense danger – well, when it works !

The Farm that heals by Caroline Breton (II)

What is it about ? Raphaël Colicci is a bit of a jack-of-all-trades: osteopath, farmer, beekeeper, passionate about forgotten fruits, trainer, lecturer … constantly asking questions, but above all looking for solutions!

Did you know ? Raphaël Colicci is one of those who have known a very different world. It is easy to realize this when he is standing in front of you and especially when he extends his arms to designate the natural domain he has shaped in the foothills of Larzac. His hands with powerful phalanges act, carry, weigh, and give all they can.

What is it about ? Alexander, a young actor, fell for several months in a self-destructive spiral of alcohol and drugs. To get out of his addictions, he wrote the screenplay for a film “Spirale” close to autofiction. Olivier Rainer, a director he admires, agrees to direct the film.

Did you know ? Spiral is a feature film shot in Paris. The scenario is constructed in a spiral, speaking of self-destruction and catharsis, in the preparations for a film, where reality and fiction merge. “The technical choices during the shooting allowed a freedom of interpretation and movement for the actors who improvised the majority of the scenes but always respecting the structure of the scenario”, explains Sofiene Mamdi.