Chucky on SALTO: “Knowing how the doll was animated didn’t make it any less… 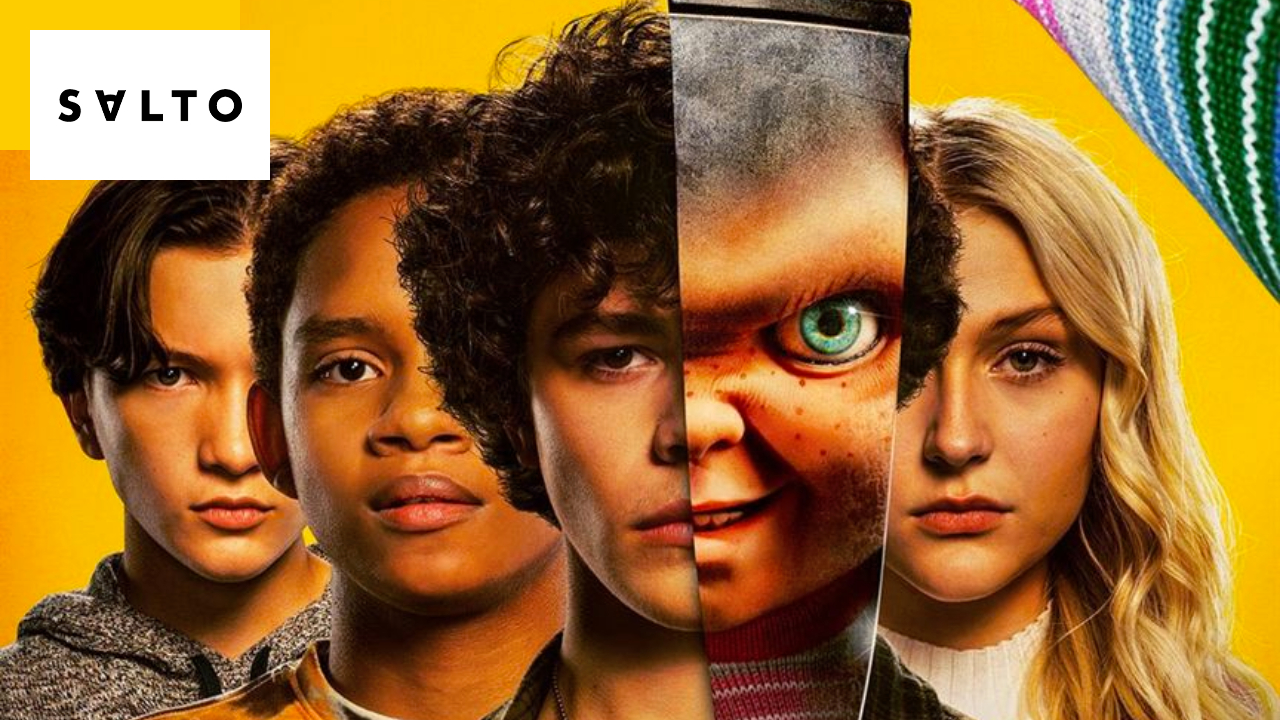 New hero of the horror franchise created by Don Mancini, Zackary Arthur (“Transparent”) plays Jake, a teenage victim of bullying. He looks back on his encounter with the killer doll in the “Chucky” series, available every Friday on SALTO.

You joined the Chucky franchise as Jake Wheeler, a teenager who stumbles upon the doll at a garage sale. What was your reaction when you heard about plans to do a serial revival of the horror franchise?

Zackary Arthur: It was great to find the name “Chucky” on one of the scripts I was about to audition for, because I had been hearing about the movies forever. When I was young, my parents never let me watch them because I was too small. And obviously, I don’t think eight-year-olds should watch horror movies like that! But when I finally saw it, I said to myself that I absolutely had to audition and do my best to pass it. I had to get this role at all costs!

Did you have to catch up on all seven films to get a better understanding of the script for the series, also written by Don Mancini?

As soon as I found out I was going to audition for the role of Jake, I binge-watched all the movies in one weekend with my family. (laughs) It was intense, but I loved it.

Jake is a troubled teenager at school. Victim of harassment from Lexy, one of his classmates, he is also destabilized by his budding feelings for Devon, which make him understand his attraction to boys. How did you work on that to interpret Jake? How would you define it?

What’s great about the series is that it tackles some of today’s issues without throwing them in your face. It’s just things that exist. And it’s really sad to see that this kind of stuff still happens, and that harassment and homophobia still exist. For these reasons, I wanted to be sure to represent this community really well and to ensure that Don [Mancini] be proud of me, because I know that the role of Jake Wheeler is a kind of representation of Don’s childhood. I really wanted him to be proud of the result, and I’m very happy to have been able to represent this community.

How would you describe Jake’s bond with Chucky? He seems to be drawn by his desire to kill… At least at first.

Without wanting to spoil it… it’s an interesting relationship. (laughs) Sure, Chucky solves problems, but I don’t think killing people is a good solution… well, I mean, it’s definitely not a good solution. (laughs) It really is a love-hate relationship between these two. But they are endearing nonetheless!

The series has many cult guests in reserve, such as Alex Vincent and Jennifer Tilly (who play Andy Barclay and Tiffany, recurring roles in franchise films, editor’s note) who are announced in the casting for the latest episodes. How was filming with them? Did they help you to have a deeper knowledge of the chucky-verse ?

The first time I saw Jennifer Tilly and Alex Vincent, I was in total awe of them. It’s really cool to work with the “oldies.” (laughs) I was talking about it with Alex Vincent because he was in the same place as me a long time ago, he was the main character with Chucky. We talked a lot, and he gave me lots of advice.

I would like to ask you a few questions about Chucky himself. Was it a real doll on the set? How were the scenes shot with him? Did you have a lot of rehearsals beforehand? What was it like playing with “him”?

The most interesting thing to know is that there was no computer graphics, everything was done with puppets and animatronics. I didn’t have to look at a stick hanging in the air while playing, you know? But knowing how the doll worked, how it moved, understanding all the mechanics, didn’t make it any less scary.

There really was something about his eyes… I don’t know. But it was really stylish! We had a lot of rehearsals yes, especially with the voice of Chucky, which the production had pre-recorded before we filmed the scenes with the voice of Brad Dourif (Chucky’s historic voice actor, editor’s note), and we had a speaker on set playing his lines. So even though we were shooting with a simple doll, we could hear Brad’s terrifying voice coming out of nowhere like a divine voice while we were acting out the scenes… It was really creepy.

Sometimes, too, the doll malfunctioned and we had to start all over again. There was this scene for example where Chucky had to keep my diary, and he dropped it on the floor all the time! But fortunately the puppeteers had a lot of fun doing improvisations between the scenes, which made it possible to give a lighter atmosphere to the shooting.

Was there a scene in particular that you loved doing or, on the contrary, that turned out to be particularly difficult?

My favorite scene is in the fourth episode, when Jake goes to Lexy’s house with her after she’s completely burned down. It was definitely my favorite scene to shoot because Alyvia Alyn Lind and I had so many stunts to do and rehearse. The whole part with Chucky underneath, the scene where I catch Lexy as she’s falling… That stunt scene, that’s really my favorite thing to do.

The series has been released for several months now in the United States on Syfy and USA Network. What feedback have you had on the character of Jake, and on this revival of Chucky in general?

It was only positive. It’s really awesome, I get a lot of recognition online on Chucky fan accounts, it’s a lot of fun.

You are about to shoot season 2 in Canada. What direction would you like Jake to take in future episodes?

I can’t say anything because I don’t want to spoil anything, but expect big things in the next season. I read the first scripts, and they are really very good. So get ready.