Budapest with Jonathan Cohen and Manu Payet on C8: the true story behind this comedy – cinema news 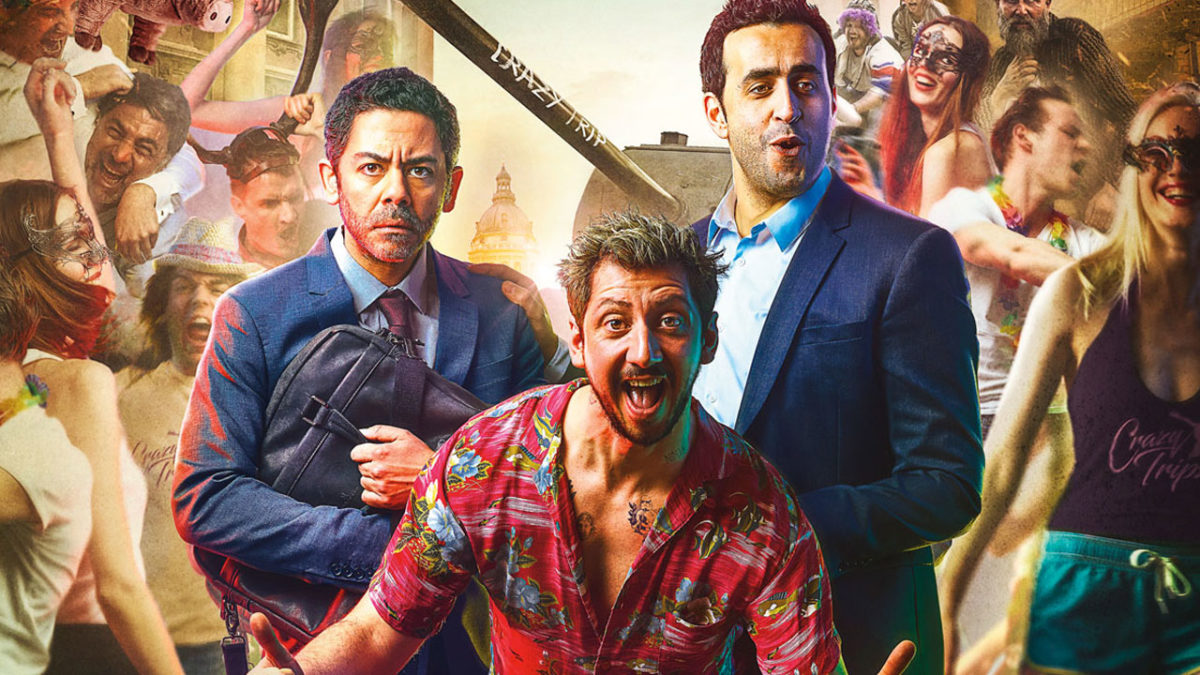 Budapest by Xavier Gens airs tonight on C8. Did you know that this comedy directed by Manu Payet and Jonathan Cohen is inspired by a true story?

In Budapest, Manu Payet and Jonathan Cohen play Vincent and Arnaud, two childhood friends who are bored in their work and decide to give up everything to create Crazy Trips : an agency that organizes bachelor parties in Budapest.

On site, they are guided by Georgio (Mr Poulpe), a French expatriate who reveals all the secrets of the city to them… But the situation escalates and the two friends quickly lose control…

With this feature film, the director Xavier Gens – a regular in horror cinema (Frontière (s), The Divide) – changes genre and goes to buddy-movie. He explains : “I was a fan of horror movies very early on, but I grew up in the 80s, with Gérard Oury and Édouard Molinaro’s comedies playing on TV.

Directors who dared the burlesque, with a very strong sense of visual gag. For Budapest, I used some things that I had seen in the Coen brothers, Todd Philips or Adam McKay.. “

As surprising as it may seem, Simon Moutaïrou and Manu Payet co-wrote this French Hangover Trip based on a true story. That of Aurélien Boudier and Alexandre Martucci.

Alexandre and Aurélien meet in 6th grade and quickly become inseparable. After having organized three bachelor parties, including one in Budapest, the two friends clicked: what if they sold the concept?

At the end of 2009, they obtained their travel agent license and created the site Crazy-EVG.

After graduating from HEC, the friends work in renowned companies but are bored. They therefore decide to resign in order to devote themselves entirely to their project. At the beginning, Crazy-EVG only offers 6 destinations in Europe. Now, the site offers 75, with 5,000 unusual activities including: parachute jumping, karting, canyoning, airsoft battle, beer bike or even car smash as we can see in the film.

From reality to fiction

A success story who quickly became interested in cinema. In 2014, Simon Moutaïrou, a friend of Aurélien Boudier and Alexandre Martucci, who has become a screenwriter, tells them about his desire to adapt their story into a feature film. The duo then met the Labyrinthe Films teams. Seduced, the producers decide to make a comedy of it.

The founders of the site therefore organize a weekend in Budapest for the writers and some members of the team and entrust them with evening anecdotes. Some scenes of the film are therefore inspired by real events …

But the film was not to everyone’s taste, especially the Hungarian media which deplore the image of their country conveyed by this comedy. When the film was released in June 2018, International mail reports that the site HVG complains that the film “starts from the premise that the Hungarian capital is a place filled with night barons where one gets drunk until thirsty“.

For the Hungarian site Index.hu, “The worst clichés come together in less than a minute“. Note, however, that Budapest has become, since the 2010s, the destination low-cost favorite of party animals. Nothing really surprising therefore that the line is supported for the needs of a comedy …

The winks of “Budapest”