Digging into the earth pretty much anywhere in the U.K. can reveal some interesting, ancient surprises. After all, the country is rich in history and is many centuries old, with evidence of the invaders who reached Britain’s shores abundant beneath the ground in many regions.

Now, Essex has been added to the list of areas where archaeological treasures were found deep in the soil when a team was digging for decidedly unscientific reasons – a housing development.

The area is spread over 10 acres, and thanks to the efforts of Oxford Archaeology East, treasured artifacts from the Roman period, most of them small enough to fit in the palm of a hand, were carefully retrieved and are now on their way for cleaning and restoration. The four-hectare (10-acre) site had been little disturbed in the centuries since the Iron Age settlement was abandoned. Credit: OXFORD ARCHAEOLOGY EAST

What surprised experts, they told the BBC recently, was that the location was clearly “an important place,” the site of an early civil uprising known as the Boudiccan Revolt.

Queen Boudicca of east England, historians say, rose up against the Roman invasion and occupation in 61 A.D., and she convinced many of her countrymen to join her.

Alas, the rebellion failed, but remnants of the uprising abound in the area, and archaeologists have discovered coins (both Roman and Iron Age), rings, the handle of a tankard, beads, more than 100 brooches and a small, copper alloy cockerel figurine. The team also found some fine pieces of Iron Age pottery among the other artifacts as well. A number of the larger roundhouses were burned down and the defensive enclosure cleared during the late First Century AD. Credit: OXFORD ARCHAEOLOGY EAST

Andy Greef is an archaeologist with the Oxford organization. He told the BBC in mid-December that the community was deserted after the rebellion failed, but that the Romans likely exacted revenge on the settlement for their efforts against the occupiers.

Still, he noted, “It could be there was a shrine on the site…as it’s easy to access.” That may explain why so many artifacts have been found there. This is not the only time evidence of the Boudiccan Revolt has turned up during digs. In July, 2019, a stash of 60 Roman coins, called “denarii,” was found by a private citizen using a metal detector on a field near Cookley, in Suffolk.

Dr. Anna Booth, an expert on coins, examined the find and said then that a potential link existed between the coins and the uprising.

During periods of great civil strife and unrest, people took to burying troves of coins near their homes or work, waiting for storms of political upheaval to pass. The coins found in Suffolk were minted during the reigns of Caligula, Nero, and other Roman emperors. Combing the countryside for rare antiquities underground is a hobby for many in the U.K., but they aren’t allowed to simply keep these treasures or sell them to pawn shops or collectors for a tidy profit.

In 1996, the government instituted a law dictating that rare finds must be reported to officials, who then assess their value and broker an arrangement that sees them turned over to a museum. Whoever found the treasure gets an agreed upon “reward” for giving the collection to the facility that can best preserve it.

In the Essex case, the building company happily let the archaeologists dig up the site during the first eight months of the U.K.’s coronavirus lockdown and take away the artifacts.

Now, experts say, there are many months ahead during which every piece will be carefully cleaned, examined and catalogued, and perhaps one day placed on exhibit.

Years from now, when the new housing project is complete and folks are living there, beneath their feet will be ghosts of another settlement entirely – one that existed many centuries ago, but was filled with people not all that different from them.

‘The Equalizer’ is Back with New Star Queen Latifah: Watch the Action-Packed Trailer

Woman Gets the Last Laugh After Her Company Tried Underpaying Her 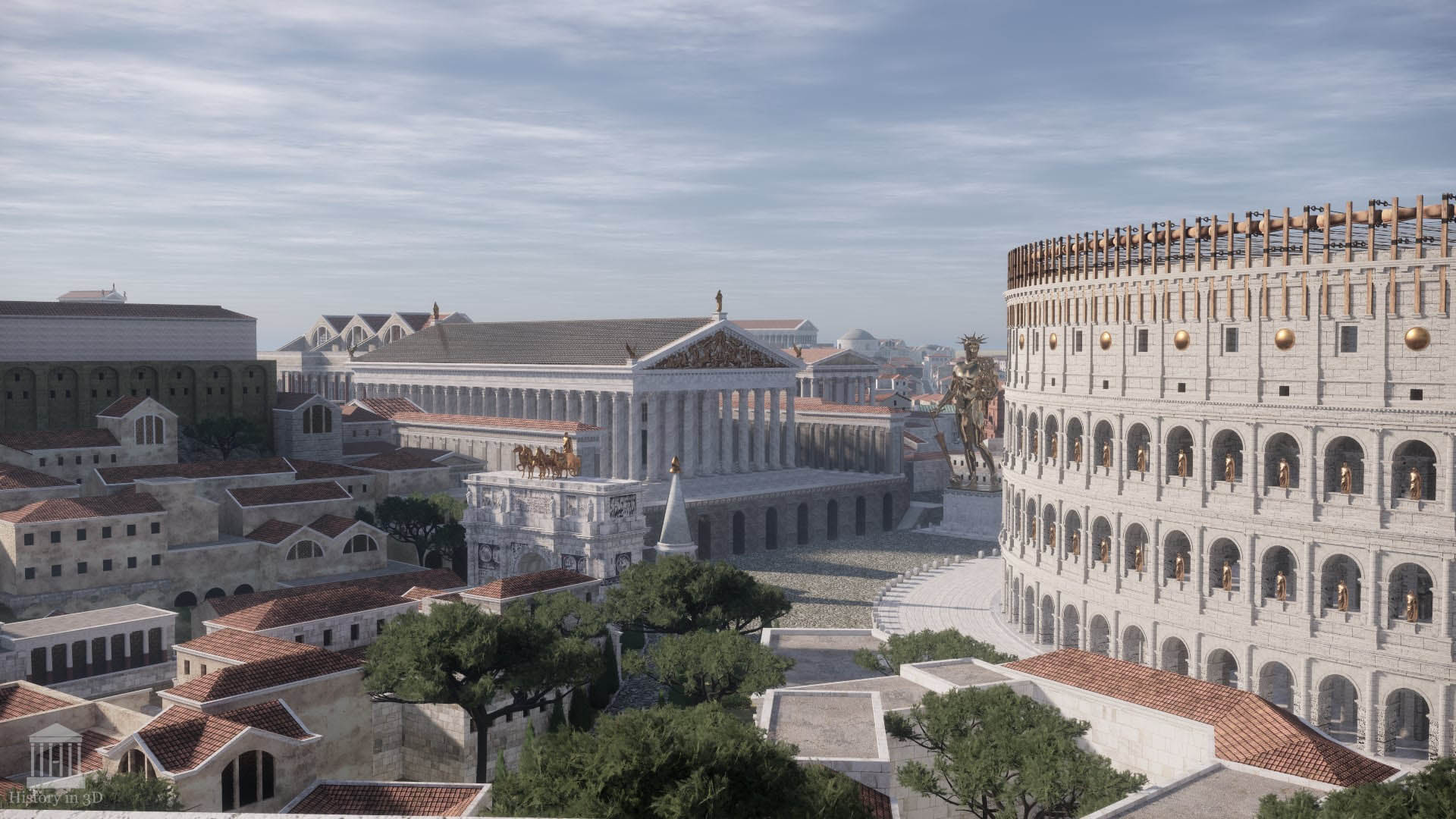 Ancient Rome Brought Back to Life in 3D

Rome is one of Europe’s most intriguing places, famous as the “Eternal City” because of …