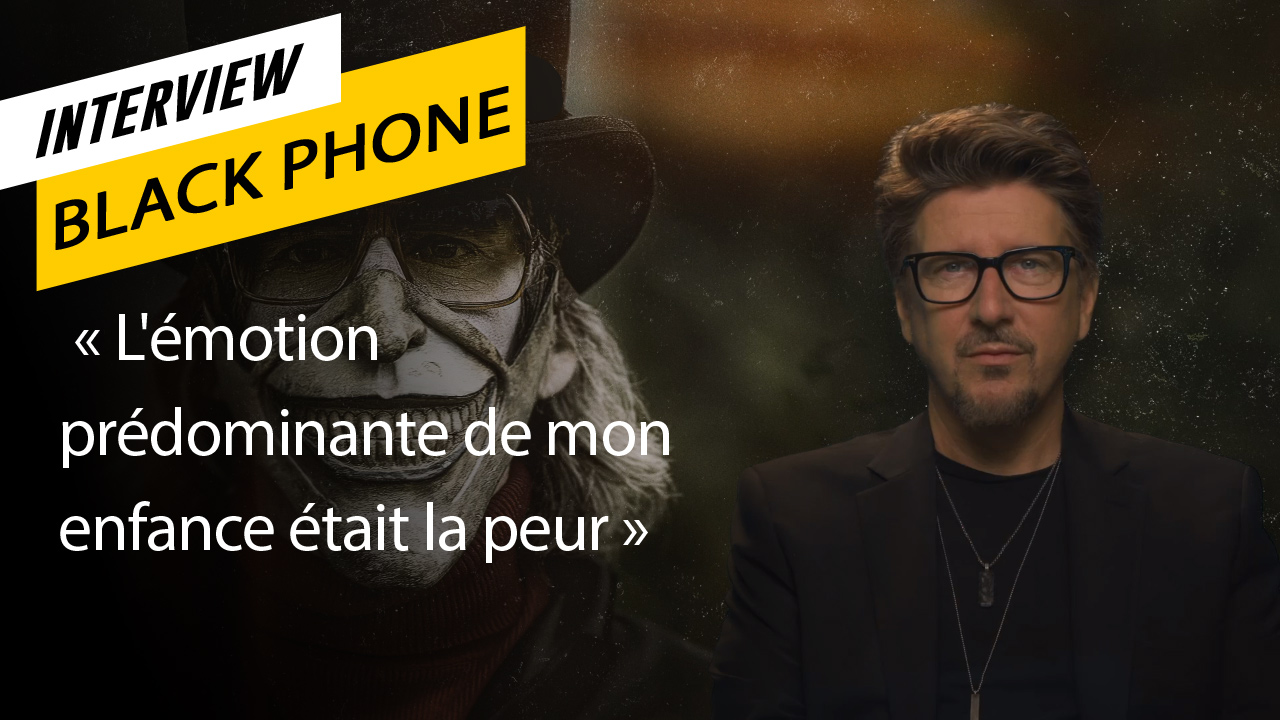 Director of “Sinister” or “The Exorcism of Emily Rose”, Scott Derrickson returns to horror after a detour through the MCU with “Doctor Strangte”. And he talks about this winning comeback with us.

He started with the realization ofHellraiser 5. But it’s from his second feature film, The Exorcism of Emily Rosethat Scott Derrickson began to mark the minds of horror movie fans. Before driving the point home a few years later thanks to the terrifying Sinister. He then ventured on the side of Marvel with the first Doctor Strangeand now returns to his favorite genre.

Adapted from a short story by Joe Hillson of Stephen King, Black Phone takes us to the late 70s alongside a teenage victim of a kidnapper and serial killer… who may have a chance to escape thanks to a phone allowing previous victims to help him. In the atmosphere, his way of colliding past and present or even the presence ofEthan Hawke in the casting, the feature film is in line with Sinister, with suspicions of That. And the filmmaker comes back to it with us.

AlloCiné: How was “Black Phone” the perfect project for your return to horror?
Scott Derrickson : It was the right moment in my life to tell a story that is personal to me and draws a lot of inspiration from my childhood. I grew up in the North Denver neighborhood in 1978, the year the movie is set. And I really like the short story by Joe Hill that I’ve been thinking about for years, trying to adapt it to the cinema. Combining my childhood memories with his story is what gave birth to the film.

Is it to support this idea of ​​childhood memories that you give certain images the aspect of a family film?
Yes. I grew up in a very special place: North Denver in the 70s was a violent working-class neighborhood, with a lot of domestic violence, street fights, harassment… I tried to capture what it was. The predominant emotion of my childhood was fear. Because there were a lot of threats around me.

And a lot of serial killers were in the news at that time: the Charles Manson murders had just happened, Ted Bundy had just killed a few people in Colorado before he escaped, my neighbor’s mother had been killed… We were afraid of this serial killer who could come out of nowhere to kidnap and kill you, that was part of being that age at that time.

“Black Phone” seems to be in the same vein as “Sinister”: because of the presence of Ethan Hawke of course, but also the way in which past and present confront each other or the use of family films. Is that how you envisioned it?
The older you get as a director, the more your way of thinking, cinematographically, is unique to you. When I started working on Black Phone, I didn’t plan on using Super 8 footage like I did in Sinister. But when I was writing Gwen’s dream sequences (Madeleine McGraw), the Super 8 appeared to me to be the best way to do it.

There is an aesthetic connection between the two films. Thematic too, with ghost children in particular. But Black Phone seems much more moving to me. More optimistic too. I see it more as a movie that appeals to audiences and makes you feel better than Sinister (laughs) Even if there is suspense.

Interview by Maximilien Pierrette in Paris on June 10, 2022