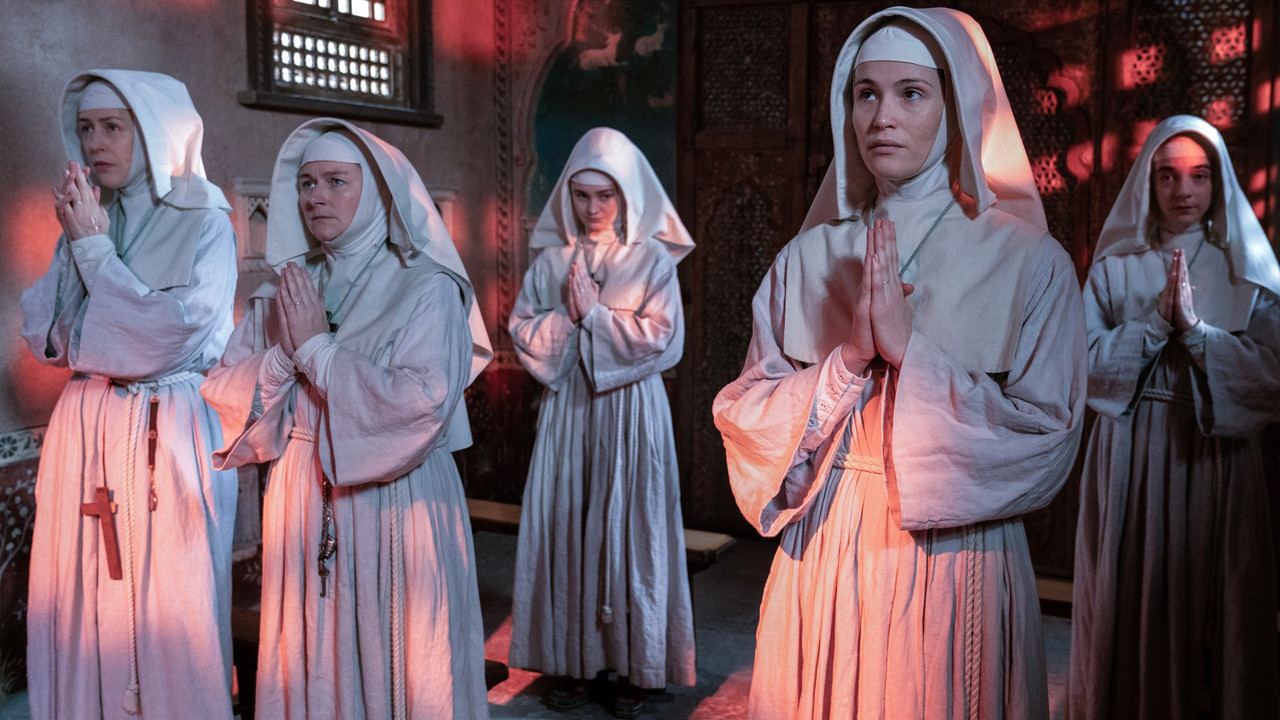 On the edge of the Himalayas, a congregation of nuns moved into an old harem in order to transform the place into a dispensary. Dean, an English agent who has been in the area for a long time, is tasked with helping them build the school which will be used to educate the children in the area. Soon, Sister Superior Clodagh takes offense at Dean’s incorrect ways …

A drama in the heart of the Himalayas

Rumer Godden’s novel has already seen a film adaptation in 1947 by Michael Powell and Emeric Pressburger, known as Le Narcisse noir in French and starring Deborah Kerr. This new TV version, led by Amanda Coe (which has already worked on episodes of Shameless), was made under the impetus of the British BBC and the American FX. To do this, the production went on site, in Nepal, in the magnificent Mustang region. But Black Narcissus doesn’t just talk about the mission of Anglican nuns in a remote corner of the Himalayas. It is essentially a question of eroticism and desire. That of Sister Clodagh (Gemma Arterton) for Mr. Dean (Alessandro Nivola), a veteran of the First World War who shows little deference to the religious body.

The series is quickly adorned with an atmosphere tinged with fantasy. The opening scene takes place in 1914 and shows a young Indian woman throwing herself in despair from the top of Mopu Palace, the former harem that is to be turned into a school and dispensary. From the outset, we understand that this place is cursed. No wonder that ten years later, the palace is deserted and therefore ready to be taken over by the nuns. The tormented soul of the young woman will then come to haunt the young Sister Ruth – played by Aisling Franciosi who had already been noticed in The Fall. Gradually, his mood darkened. The young nun becomes the prey of an entity that could lead her to her destruction. Even though Black Narcissus doesn’t keep the same promises as the film – which is in the British Film Institute’s Top 100 for Best British Films – this mini-series is beautiful and well-interpreted enough to make the viewer want to travel there. . And it’s also one of the late appearances of the late Diana Rigg.

The Intern on France 3: will there be a season 7? – News Series on TV

How to Fix Joy-Con Drift on the Nintendo Switch

Man charged with murder in case of Kristin Smart, college student who disappeared in 1996