Biden nominee Kristen Clarke is being falsely accused of anti-Semitism. Jews must push back. 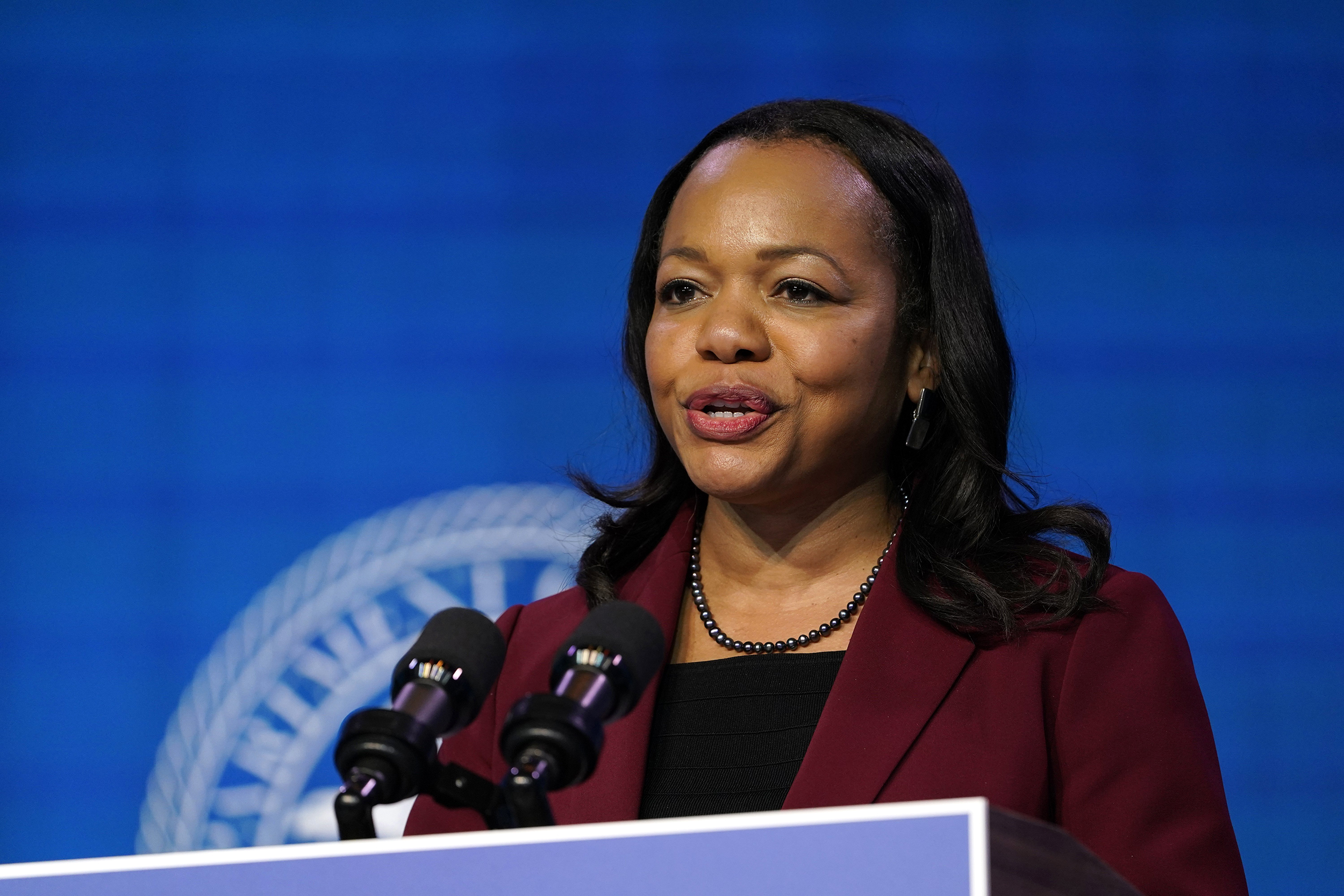 On Monday, Sen. Mike Lee, R-Utah, used his time during Judge Merrick Garland’s confirmation hearing to be attorney general to inquire whether Garland believes that Kristen Clarke, President Joe Biden’s nominee to head the Justice Department’s Civil Rights Division, is an anti-Semite. Garland, who earlier had testified about how his grandparents came to America after fleeing anti-Semitism in the Russian empire, flatly denied the accusations, responding, “I’m a pretty good judge of what an anti-Semite is, and I do not believe she is an anti-Semite.”

Lee’s questions are just the most public face of the efforts by some — sadly including a minority within the Jewish community — to misrepresent Clarke’s 20-plus-year track record as a civil rights champion based entirely on a decision she made when she was a 19-year-old college sophomore.

Here are the facts: Clarke herself has never been accused of making anti-Semitic comments. Not one. Full stop. She has spent her career championing the rights of Jews and all of the most marginalized and at-risk people in our country during her time at the Justice Department, at the NAACP Legal Defense Fund, at the New York Attorney General’s Office as director of the Civil Rights Bureau or as president of the Lawyers’ Committee for Civil Rights Under Law. And her nomination is supported by a number of prominent Jewish organizations and people — including me and the organization I lead, the National Council of Jewish Women.

The criticism Clarke faces is solely because in 1994, as the 19-year-old head of the Harvard Black Students Association, the group she led accepted Wellesley College professor Tony Martin’s offer to speak on campus to rebut the racist screed “The Bell Curve.” In 1993, Martin had become embroiled in several academic disputes over his promotion of anti-Semitic conspiracy theories, which led him to self-publish a book about the controversy that many at his college labeled anti-Semitic. The speech was controversial, and Clarke defended the decision to host Martin.

It is perhaps no surprise that a Black woman faces disingenuous attacks about her supposed motivations and increased scrutiny over an academic event in which she participated in 1994.

Clarke has acknowledged that giving him a platform was a mistake.

Those who now cry foul at her nomination — likely while also decrying “cancel culture” — willfully disregard Clarke’s unequivocal denunciation of anti-Semitism, the fact that she never made any such pronouncements herself and her professional record, which shows that any such claim about her motives could not be further from the truth.

It is perhaps no surprise that a Black woman faces disingenuous attacks about her supposed motivations and increased scrutiny over an academic event in which she participated in 1994. Black women in our country too often get disproportionate criticism and harmful backlash for the same actions or behaviors that would be overlooked from white and male colleagues.

College is often the first time in our lives when we experience great diversity, and it is a time when students learn to navigate where their identities fit in the context of a wider community. In my decade working with college students, I never met one student who did things or said things perfectly in their time on campus. Rather, time and time again, I saw students who needed to unlearn things about themselves or others — to understand that their actions had hurt someone unintentionally — to become whom they want to be in the world.

We encourage students to apologize and learn from their mistakes; in Jewish tradition, we refer to this as engaging in teshuvah.

College is the first time many young people will have been held solely accountable for their mistakes or missteps — and what is more important than the mistakes they make is how they respond once they recognize the damage and whom they choose to become moving forward. We encourage students to apologize and learn from their mistakes; in Jewish tradition, we refer to this as engaging in teshuvah.

There can be no question that Clarke’s track record since college shows that she is a champion for civil rights and human rights — including combating anti-Semitism. In fact, she brings a broader array of civil rights experience to the role than any nominee before her.

In her time at the New York Attorney General’s Office, she launched a Religious Rights Initiative and worked to secure accommodations for employees in multiple workplaces to observe the Sabbath. As the head of the Lawyers’ Committee for Civil Rights Under Law, she has partnered with Jews and Jewish organizations. She has spoken up against hate toward our community and other religious minorities. Under Clarke, the Lawyers’ Committee’s Stop Hate Project worked to combat hate crimes and white supremacy — including suing the owner of the Nazi-sympathizing platform The Daily Stormer and working to take down or cripple multiple neo-Nazi and anti-Semitic websites (including DavidDuke.com).

This is not the work of a woman whose boss needs to be asked whether he believes she is an anti-Semite.

The undermining of a woman whose entire distinguished career has been about fighting hate and unfairness is not compatible with Jewish values.

There has been a disappointing silence from many Jewish organizations that claim they are committed to civil rights and yet have failed to publicly support Clarke. I understand that not all organizations endorse federal nominees — even if it is within their 501(c)3 rights to do so — but as Jews, we know that to be silent is to be complicit. Too many Jewish leaders who have deep relationships with Clarke, as well as knowledge of her values and work, have said little or nothing.

Perhaps we have all gotten so used to tolerating the unfair attacks on Black women in this country that no one views it as their responsibility to speak out. We cannot allow that resignation and apathy to win.

To create real change, we must all speak up when we see wrongdoing, even and especially when it comes from our own community’s engaging in unfair attacks in our name. The undermining of a woman whose entire distinguished career has been about fighting hate and unfairness — and who is more than qualified to lead the Civil Rights Division of the Justice Department — is not compatible with Jewish values. The Jewish community must speak out.

Kristen Clarke represents the best of all of us. She is compassionate, smart, consistent; she admits to her few mistakes when she makes them, and she learns from them. If you were to be unfairly attacked or a victim of a hate crime, Clarke would be the first person by your side, and she would not give up until justice was achieved. We owe her the same.

Sheila Katz is the CEO of National Council of Jewish Women.

Here are some of the best moments from the Golden Globes