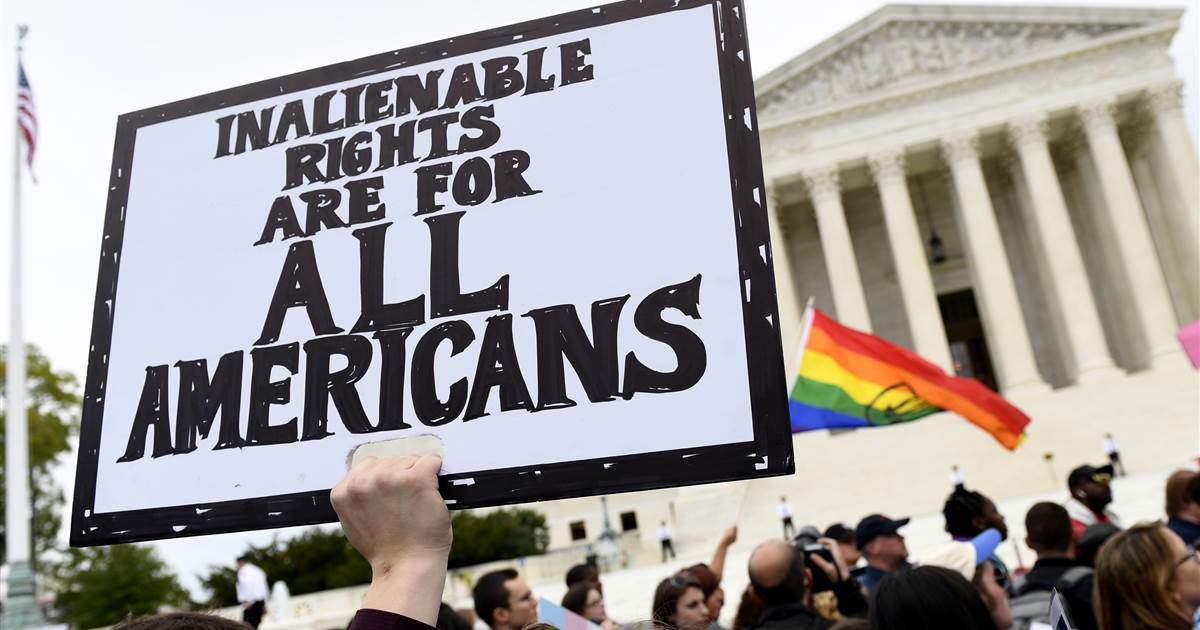 I’ve heard from many religious Americans that they feel threatened because the White House, the House of Representatives and, effectively, the Senate are all controlled by Democrats. And one of the first measures the new Congress is voting on seems to confirm their fears: the Equality Act, which could undermine religious rights and portray time-honored religious beliefs as un-American.

The Equality Act as written insults our nation’s foundational commitment to the rights of religious believers.

The House first passed the legislation in 2019, but it stalled in the Senate. Now it’s set to be voted on again Thursday by the new House. It’s expected to easily pass the chamber, though its fate in the evenly divided Senate is unclear.

The Equality Act would expand the 1964 Civil Rights Act to forbid discrimination based on sexual orientation and gender identity. That’s consistent with last year’s Supreme Court ruling finding that the 1964 law’s Title VII language prohibiting employment discrimination on the basis of “sex” includes these categories of workers, but the Equality Act would go well beyond employment.

Now, no religious American of goodwill wants to see gay or transgender people threatened in any way. But millions of religious Americans of goodwill have deep, faith-based convictions about marriage and sexual identity, including, for example, that marriage is a holy commitment made by a man and woman to each other before God and that the Creator bestowed DNA and morphology as the only arbiters of gender identity. By vilifying those ideas, the Equality Act would vilify all who hold them to be true.

Indeed, contrary to how it is often portrayed, the Equality Act wouldn’t simply amend the Civil Rights Act to prohibit discrimination on the basis of sexual orientation or gender identity. The Equality Act would go a step further — and herein lies the radical rub — by cutting off avenues of appeal for any penalties imposed under the act.

Specifically, it would override the 1993 Religious Freedom Restoration Act, which gives people a way to challenge government requirements that they feel impinge on their religious rights. The religious freedom act was needed because of a Supreme Court ruling in 1990 that said First Amendment protections for religion couldn’t be invoked to challenge a law if the law itself wasn’t intended to specifically target religion (e.g., a measure like the Equality Act).

Several states and other jurisdictions have their own laws that protect LGBTQ people from discrimination in many areas but responsibly include reasonable religious exemption clauses. By not including such a clause and even forbidding recourse to the religious freedom act, the Equality Act sends an ugly message: Religion doesn’t matter. The law, as the adage goes, is a teacher. And here it would be teaching that regrettable lesson.

Those the Equality Act was crafted to protect are individuals. So are religious Americans. And we have rights, too, ones important enough to have been enshrined in the Constitution. Simply put, the Equality Act as written insults our nation’s foundational commitment to the rights of religious believers.

Without the ability to even appeal for those rights, the Equality Act would put religious Americans in unconscionable positions. For instance, religious hospitals and insurers could be coerced to violate their religious convictions by being required to offer gender transition therapies and to perform gender-transition operations.

Faith-based adoption agencies could be forced to abandon their religious principles and place children entrusted to them with same-sex or transgender couples. In an insult to the religious concept of modesty, dressing room facilities and other traditionally sex-specific spaces could have to be open to any and all. Bathrooms and showers could well become places of embarrassment and fear for many.

Legislative efforts to, in effect, coerce religious Americans into betraying our sincere, time-honored convictions are the very opposite of equality under the law. And without provisions that accommodate religious belief and practice — and without providing avenues to appeal requirements that violate them — the Equality Act would aid those who seek to deny America’s religious heritage and who wish to portray religious Americans as bigots and haters. Such hostility toward religion should not be promoted, even unwittingly, by federal law.

President Joe Biden has eloquently expressed his heartfelt desire to unify a fractured nation. He has also embraced passing the Equality Act as a “top legislative priority.” When the president entered the White House, something of a damper, blessedly, was put on the culture war fire. But forcing the current version of the Equality Act on religious Americans threatens to, tragically and unnecessarily, dismantle that societal truce.

Rabbi Avi Shafran is a writer who serves as public affairs director for Agudath Israel of America and a columnist for Ami Magazine.