Between two trains: what is this romance shot like in a sequence shot? -… 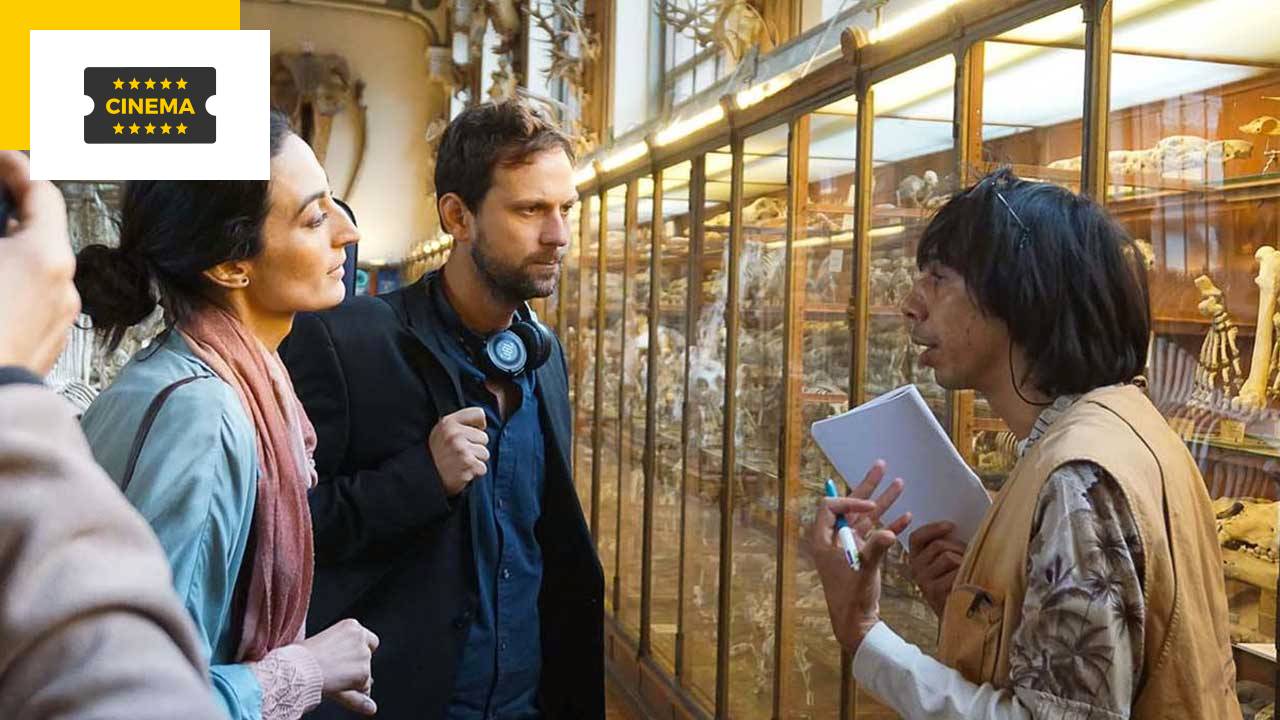 Pierre Rochefort and Laëtitia Eïdo are this week on the bill for a Parisian romance Rohmer style, shot like a sequence shot. Meeting with its director and screenwriter, Pierre Filmon.

The story: Nine years ago, they had a brief love affair. Today, they cross paths by chance on a station platform, between two trains. He arrives, she leaves. They have eighty minutes to take stock of their life, face to face with their truths and memories. This is their last chance.

AlloCiné: The spirit of the film Between Two Trains is in some ways reminiscent of Richard Linklater’s trilogy. There is this simplicity, and these exchanges between two characters who meet. Were these films one of the influences for this project?

Pierre Filmon, director and screenwriter: I wouldn’t say exactly an influence. But who, today, makes cinema or makes a film without asking the question of all the cinema that precedes it and all the films that have been made?

I wanted something that was a little different, that spoke about sensitivity and the world we live in. Entre deux trains was born from a previous project that I had written years ago and which never happened. I took over the two main characters from the pre-existing story, ten years later, who meet on a station platform, between two trains.

I wanted to shoot the film in a sequence shot, and I tried to see as much as possible. Obviously I’ve watched Richard Linklater’s films, which I really like too, and there’s one quality I really like about Boyhood as well. This simplicity, of which you speak, has been a bit of a guide for me. You have to aim for that, simplicity all the time, authenticity to reach people.

In the end, there are still cuts. We made several shots, on the recommendation of my assistant director and production manager, for fear of jeopardizing the project technically and financially.

We therefore divided up according to the locations, and the authorizations, while remaining on a sequence shot dynamic. This dynamic of the sequence shot is extraordinary. This creates for the spectator a tension which gradually rises. We manage to create something, and not artificially, especially through editing.

It’s a way to include the viewer. The spectator is a stakeholder in this adventure. We’re gonna take him somewhere.

Marvel movies, with all their special effects, surely is extraordinary for any type of audience. Me, it does not affect me. Unfortunately, I am not sensitive to it. I need to believe in the characters, to be with them over time and in the reality of what they are going through.

I have been quoted full of pretty references that I take with pleasure, such as Brief Encounter or In The Mood for love! When we shoot in a park today in Paris, in a sequence shot with two actors talking about their sentimental life, obviously, we cannot avoid seeing several Rohmer again, for example. It was my cinephilia that fed me.

How did you choose your duo of actors?

It’s a very small movie, so you really needed people who were like guardian angels. Actors who would go to the end, who dare, who are not afraid and who support the film. This is what they have been doing since day one. Pierre Rochefort, I saw him in Un beau dimanche (by Nicole Garcia), and I was amazed by his performance and the simplicity he exudes all the time. He has an incredible naturalness, generosity, and class. This choice was imposed very quickly.

Laëtitia Eïdo, I met her thanks to a friend, in a totally informal way. She has playing power, and a physical mix between Anjelica Huston and Maria Callas. She has a strength that emanates from it, an uprightness, which are exceptional qualities that I immediately adored about her. And she’s a great woman. Both liked the project.