Best 5G Carrier: How to Choose the Right Mobile Plan for You 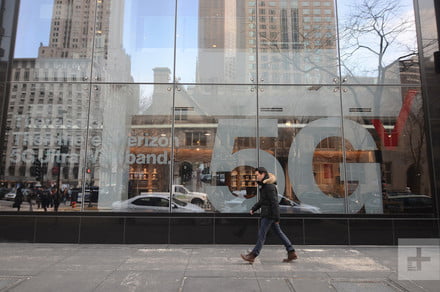 In 2021, you no longer have to go out of your way to pick a specific carrier, plan, or phone just to get 5G. Pretty much anywhere you go, you’re going to get access to the next-generation network. And that’s great because you can get back to picking a 5G carrier based on their coverage, plans, and overall experience.

Here, we break down all three major carriers offering 5G to show you which ones pull ahead in various areas, so you can pick the right one for you.

Verizon launched its 5G network first and stumbled in doing so. It launched an mmWave-only network, which was a clear mistake. It offered incredible speeds, but coverage was truly horrendous. It took several months to take a turn and start offering a Sub-6 5G network nationwide. But now it has a great combination of the two, and that makes it the best 5G carrier today.

While you won’t find Verizon’s mmWave 5G outside of a few specific areas of a few dozen cities, its Sub-6 network is truly nationwide and can be used in any relatively populous area. Just like other Sub-6 networks, the speeds aren’t going to be appreciably faster than its best 4G areas, but they are faster overall. Where Verizon’s lead grows is in overall coverage — its 4G footprint is massive, and you’d be hard-pressed to find a part of the country where you don’t have Verizon coverage. That’s a big deal for many of us.

The only downside, as ever, is the cost: Verizon has the most expensive plans, no matter how many lines you choose. Plans start at $70 per month for one line, or $45 per month per line for three lines — though that plan doesn’t even include access to its mmWave network. You don’t turn to Verizon for a good value; you pick the carrier for its incredible footprint and speeds.

Verizon 5G: Everything you need to know

You may be surprised to see that T-Mobile is the runner-up here instead of AT&T. The once-scrappy carrier has seriously improved over the last few years, further helped by its merger with Sprint. T-Mobile was first to launch a nationwide 5G network using Sub-6 spectrum, and it’s done an incredible job of upgrading its existing towers to have a 5G network that nearly matches its 4G footprint. So if you’ve had T-Mobile on 4G in the past, then you probably would have 5G now.

T-Mobile’s plans also offer incredible value, as they are less expensive across the board than Verizon and AT&T. Better yet, it offers more for that money. Once you move above its lowest plan, you’re getting full-speed data roaming in Canada and Mexico, free (limited) data roaming everywhere else internationally, an ample hot spot data allowance, a free Netflix promotion, and the simplicity of having taxes and fees included in your flat-rate bill. T-Mobile’s billing is cheaper and simpler — a nice combination.

The downside for T-Mobile is its overall coverage — precisely where Verizon takes the lead. Even with Sprint’s holdings integrated, T-Mobile’s overall nationwide footprint struggles to stand up to Verizon and AT&T in more rural areas. If you stay in denser urban areas, you’d never know. But if you get out on the country roads, there’s a good chance you’ll see T-Mobile service drop well before the other carriers.

T-Mobile 5G: Everything you need to know

AT&T lands in an odd middle ground. It has neither the huge mmWave 5G network expansion that Verizon does nor the consistently wide-reaching Sub-6 5G network that T-Mobile does. Its plans, too, split the difference between the carriers. So why choose AT&T?

Well, it could really come down to where you live. AT&T still has strongholds in many parts of the country, and if you’re in one of those areas, then by all means go with AT&T. Its Sub-6 network is pretty strong, and that’s much more important than how large its mmWave (or 5G+, as AT&T calls it) network is — because it isn’t large at all. AT&T has gotten a bad rap for having a 5G network that isn’t appreciably faster than its 4G network, but part of the explanation is that its 4G network is just very robust in many parts of the country. If you’re getting good speeds, does it really matter? You probably don’t care.

AT&T’s plans are competitive with T-Mobile’s on price, particularly if you have multiple lines on your plan. Its plans also include a good amount of high-speed, non-throttled data, and they can offer ample hot spot data — just go above the Unlimited Starter plan. But the plan extras just aren’t as good as T-Mobile’s overall, particularly when it comes to international data roaming.

AT&T 5G: Everything you need to know

How to choose a 5G carrier and a 5G plan

So you’re ready to pick a carrier, and you care about 5G. Here’s how you can make the right choice.

The tough thing about picking a “best” carrier in a country as massive as the U.S. is that your experience can vary wildly depending on where you live and visit. There’s no way to have one answer for every person, and that means doing research to see which carrier will be best where you need to use it.

We have a comprehensive breakdown of each carrier’s coverage that can get you started. Verizon, AT&T, and T-Mobile all have coverage maps as well. It’s important to look very closely at the maps, though — they can often be misleading as to where 4G coverage stops and 5G coverage begins. And that’s even more important to note when looking at mmWave coverage, which can be incredibly difficult to map correctly.

Believe it or not, the best thing to do still is to ask friends and family in your local area about their experiences with various carriers. This may be tougher nowadays when you’re specifically looking for people’s experience with 5G, which they won’t be using unless they have a newer phone. Just like looking at coverage maps, you want to make sure you’re specifying that you want to know about the 5G experience.

But it’s not all about 5G; even as the networks expand, you’re still going to spend a considerable amount of time on 4G — especially when you’re in more rural areas. Verizon is well-known for having robust rural coverage, but that’s all coming thanks to its 4G network, not 5G. AT&T is second in this regard, and T-Mobile continues to be in third place in terms of rural coverage — though its merger with Sprint certainly helped.

5G coverage map: Every city with 5G on Verizon, AT&T, and T-Mobile

Plan pricing can change dramatically depending on whether you’re an individual or have a group plan, and what features — outside of 5G — are most important to you.

For a group plan, for example with three lines, things are pretty competitive. For those higher-tier plans, Verizon, AT&T, and T-Mobile come in at $55, $50, and $47 per line per month, respectively. Once you get to prices that close, it’s the extras that make the difference. Each carrier offers different levels of hot spot data, data usage before being throttled, and promos like included streaming service subscriptions. See which one fits your needs, and go from there.

I chose to highlight speeds last for a reason: They simply aren’t as important as coverage and plan cost. All three carriers offer pretty consistent 5G speeds, particularly on their “nationwide” Sub-6 5G networks that you’ll be using the vast majority of the time. So long as you’re in a relatively dense metro area, you’re going to get good speeds on all three carriers.

As I mentioned above, it’s the coverage and consistency that matters far more than peak download speeds. Don’t let the flashy ads talking about insane mmWave 5G speeds lure you in — that isn’t important if you can’t get solid speeds everywhere. If you’re incredibly interested in which carriers offer the best possible speeds, you can look at independent testers like PCMag to glean an overall understanding of the networks. I simply caution you not to put too much weight on those speed numbers when picking a carrier.

Bros and the modern LGBTQ+ rom-com