Belfast: Club 300 AlloCiné likes this dive into Ireland of the 60s signed… 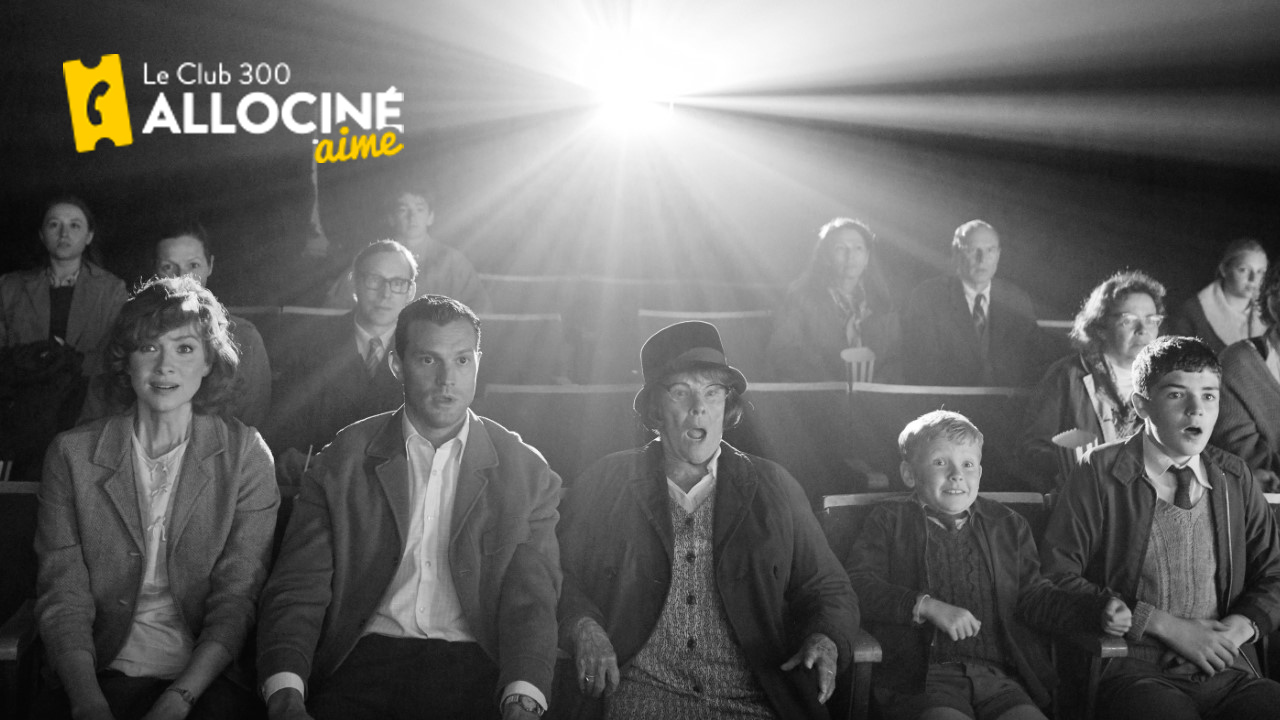 Members of Club 300 AlloCiné discovered “Belfast” by Kenneth Branagh in preview on February 15. And they loved this 7-time Oscar-nominated black-and-white autobiographical drama, which hits theaters this week.

Summer 1969: Buddy, 9, knows perfectly well who he is and to what world he belongs, that of the working class of the northern districts of Belfast where he lives happily, pampered and safe. His life beats to the rhythm of neighborhood life, with his family, school, playmates, within a warm and close-knit community.

Why did the Rédac’ choose this film?

After the first Thor, a Cinderella in the flesh for Disney, a rebooted Jack Ryan, two luxurious adaptations of Agatha Christie and even a dive into the world of novels for young adults, Kenneth Branagh is moving away from the big studios and reconnecting with a more intimate and personal cinema. Literally, because Belfast is inspired by his own childhood in Ireland, when violence took hold of the streets in the summer of 1969.

In a very beautiful black and white which gives the whole look of a fairy tale where the few flashes of color which arise are all the more striking, the filmmaker brings together Jamie Dornan, Caitriona Balfe, Judi Dench and Ciaran Hinds around the young Jude Hill. And he signs a beautiful drama, sometimes funny and moving, full of tenderness and very cinematographic, where one feels in particular the influence of Cinema Paradiso.

As powerful as the Avengers team and as prestigious as Le Cercle des Poètes Disparus, AlloCiné brings together its most active members within its famous Club 300 AlloCine ! Each month, we reveal to Club members several films and series in preview for which they express an opinion at the end of the screening.

Their votes, from “excellent” to “very poor for me” thus determine whether the film or series they have seen has obtained the Club 300AIME label. Passionate about cinema and series, experts, bloggers or influencers, the members of Club 300 AlloCiné constitute a strong relay of opinion with spectators and the entire profession.

What does Club 300 AlloCiné think?

SebLefr3nch – “Kenneth Branagh signs a very personal film, we feel it and succeeds much better in this exercise than in the big blockbusters.

Ufuk K- “Kenneth Branagh was freely inspired by his childhood in Belfast in the 1960s to make a touching, moving film, with a 5-star cast (special mention to Judi Dench and the young Jude Hill) with the common thread of the civil war which has ravaged Northern Ireland”

Redzing- “Belfast has the merit of being sincere in its words, and of dealing with a delicate subject. But above all, it is a film which, contrary to what its black & white might suggest, has nothing sinister about it. finds a lot of innocent humor in the midst of tragic events or serious religious disputes.”

Shawn777 – “Ihe director had the brilliant idea, in this self-fictional journey, to present the story to us through the eyes of this nine-year-old child. The social violence of the time in which the characters evolve is not diminished, but, besides that, the spectator can also live the same adventures as this little boy.

Jorik V- “Beflast is a very pleasant film which is full of lovely moments. We think of certain old French films like A Bag of Marbles or The 400 Blows and a certain Madeleine effect by Proust takes hold of us.”